Our next stop on our wine country tour took us to a town in which we enjoyed one our more memorable dinners ever at the rustic-chic barn house restaurant Barndiva.  This return visit to Healdsburg, which was named after native Buckeye and gold-seeker Harmon Heald, would be a little more casual but no less fun for us both.

Similar to Petaluma to its south, Healdsburg proved to be on the outskirts of the wildfires, though in this stylish Sonoma suburb of just under 12,000, residents had to keep an eye to their north (the mainly Mendocino-county based Pocket Fire) and to their east (the wide-ranging Tubbs Fire, which caused direct havoc to cities like Calistoga and Santa Rosa) just in case. While not directly affected by the flames, it was towns like Petaluma and Healdsburg which provided valuable assistance and temporary homes for firefighters and displaced area residents alike. 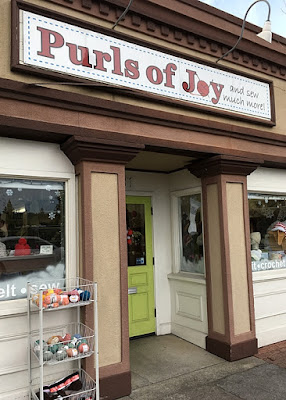 The pun-tastically named Purls of Joy (and sew much more!) was our first stop, again in the quest for locally-sourced fiber products. Befitting the smaller size of Healdsburg, this yarn shop is similarly on the smaller end of the ledger, kind of along the lines of Grandview Heights' Yarn It and Haberdashery. 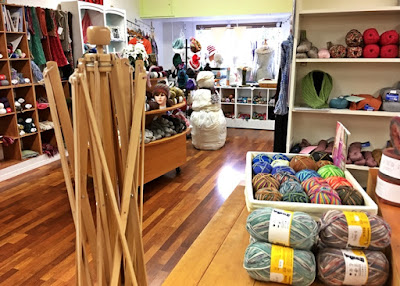 Here, my spouse was successful in finding more locally sourced yarns, and I got to wondering (based on an overheard casual conversation) how the digestive system of the cartoon character Catdog would really work in real life.

Our yarn shop ventures weren't enough to get us appropriately hungry for our next meal, so we mirrored our time in Petaluma with a stop to a random antique shop. While we'll venture into almost any promising old time goods shop, we must admit that the four-foot-tall plastic cockatoo perched above the entrance perked our interest almost instantly. 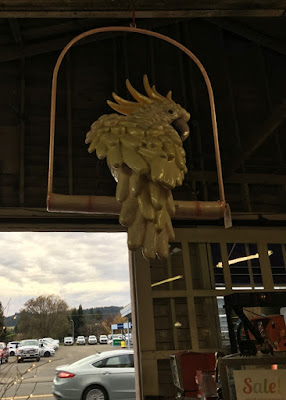 Modern Antiquarium provides a more typical experience in terms of multiple vendors featuring a variety of goods in a wooden warehouse styled space.  On this trip, the vintage Christmas antiques were on prominent display, and along with little signs of support for the ongoing recovery. 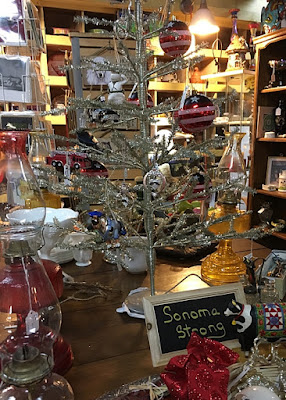 Overall, the goods here tend to be of higher quality and have a higher uniqueness factor, both in the classy and the chintzy. If you got a half-hour to an hour to kill, or are looking for a beyond typical tchotchke for you or that someone special, you could do far worse than Modern Antiquarium. 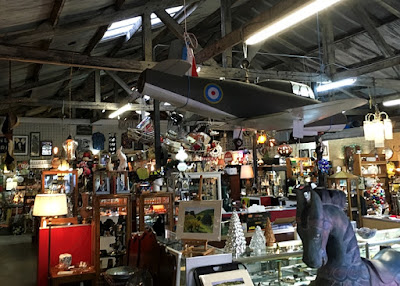 We have had our share of visiting many of the West Coast "old guard" of breweries over our years for travels, from Bend Oregon's Deschutes Brewery, Santa Rosa's Russian River Brewing, Buellton's Firestone Walker, and our last year's visit to Fort Bragg's North Coast Brewing. With a visit to Anchor Brewing already in the books, we put another visit to one of the old guard breweries as our homestretch visit. 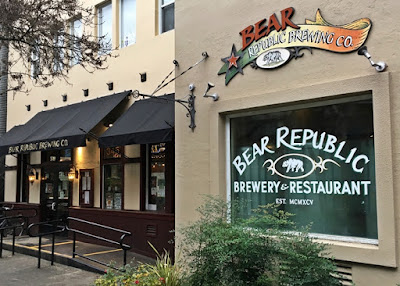 Established in 1995 by the Norgrove family, Bear Republic's original brewpub in Healdsburg (the company sports a newer location in nearby Rohnert Park) continues the racing themes and look presented in the brewery's bottle and can packaging both outside and in. This look is distinct, with the famed logo (based on the California state flag) and a cartoon motif leaning toward racing (no surprise that the owners are stock car racing fans) and specifically the cult classic Japanese book/anime franchise Mach GoGoGo (better known in stateside as Speed Racer.) Sans the racing theme, Bear Republic reminded us of other old school, hometown brewpubs we've been to such as Columbus' Barley's Ale House or even Grandview's Smokehouse Brewing. 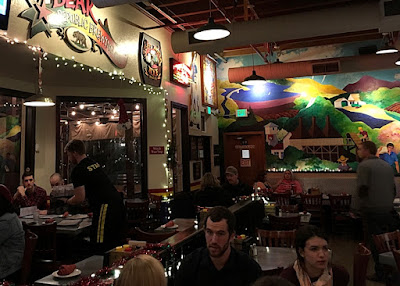 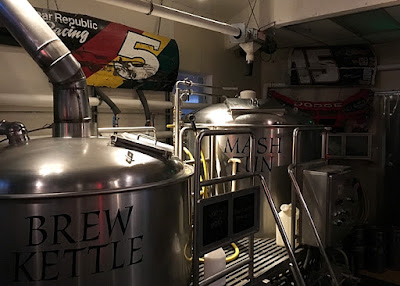 Bear Republic has historically been involved with various forms of community assistance, and things were no different in regards to the Sonoma-area wildfires. In collaboration with Santa Rosa brewer Russian River Brewing and the King Ridge Foundation, Bear Republic brewed a batch of Sonoma Pride (a hoppy blonde ale) to assist in disaster relief fundraising, with other local brewery collaborations in the works. On the day of our visit, too much time had passed for us to find it on tap, but all their standard flagships and seasonals like their Racer 5 IPA (your basic good, solid West Coast style IPA, and something of a go to before moving out to Ohio) were there for the drinking.

Being from out of town, we were of course eager to try the brews unavailable out in Ohio and we were really pleased at how tasty everything was.  Nothing we sampled this night, from their sours (their base Tartare and Tartare Rouge Berliner Weisse) to their Old Ale (the delicious Hornswoggler) to their fruitcake variation on their Old Baba Yaga Russian Imperial Stout wasn't anything less than good. Paired up with some fairly tasty Happy Hour small plates (a standard dine-in menu of brewpub standards is available as well) like their beer-battered bacon wrapped jalapeno poppers with cilantro lime crema, and we weren't really inclined to leave anytime soon. 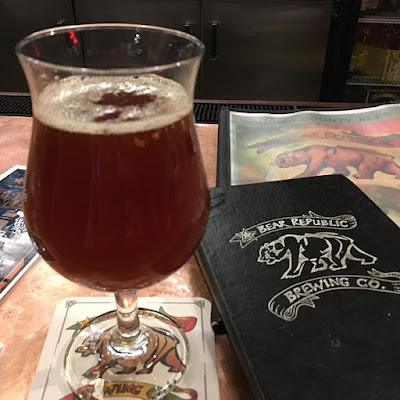 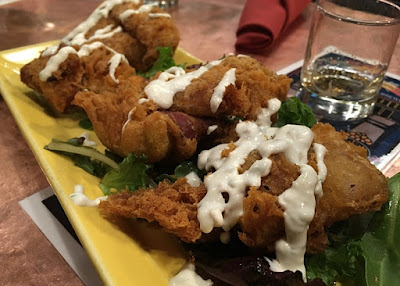 As good as the beer and food was, it was really the staff working at Bear Republic that made us linger longer.  On this first ever visit, we were treated as if we were weekly regulars; add in prompt service, knowledgeable servers, and that little extra joviality and upbeat spirits that the holidays bring and we easily could've stayed for a lot longer than we did.

But as has been always our nature since we started traveling together, we had more places to get to still. Suffice it to say, we'll be keeping an eye out for some Bear Republic brews on Ohio beer shelves on future excursions, a fact that I'm sure that this fellow will be happy to know. 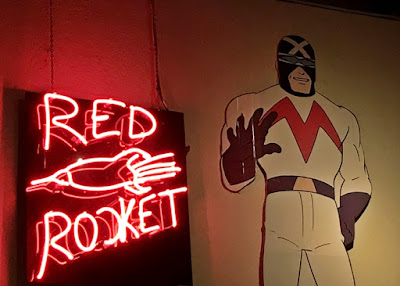