(Fort) Bragging about the North Coast

In terms of rugged beauty, it's very hard in this country to beat the coastline of the Pacific Ocean. Some places get more publicity than others, and rightfully so; the Bixby Bridge leading into Big Sur, the Oregon Dunes, and Washington's Shi Shi Beach. But really, your odds for a spectacular view are tremendously good along any of the pacific coastal highways or small towns.  On our latest California visit, we decided a tour of the north coast was in order, including a stop in Mendocino County's Fort Bragg.

Sporting a population of just over 7,200 people, Fort Bragg started off as traditional hunting grounds of the Pomo Indians. As settlers moved in, this town alternately served as military post, Indian reservation, and later as a central point for fishing, railroad and the lumber industries. These days, this tony town's economy is much more diverse, including a fair number of tourist dollars. 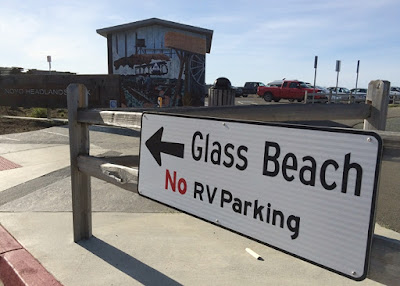 Perhaps the most popular destination for both the locals and visitors alike is Glass Beach, which lies along the northern reaches of town at MacKerricher State Park. From the parking area, the beach doesn't look like much: various signs detail the history of the area and give the usual messages about staying safe while walking around the beach as well as warn visitors about abalone poachers.  It isn't until you venture closer and decide between the "easy" and "difficult" trails where that familiar craggy coastline that invites numerous photos and videos presents itself. 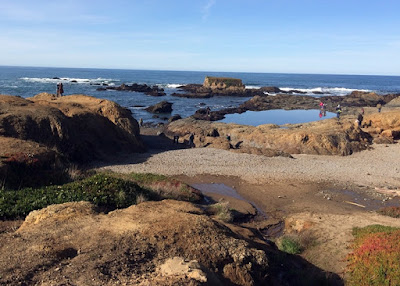 Despite the area's current evident beauty, the history of Glass Beach is not a pretty one. Known locally as "The Dumps", the beach area was basically a disposal ground for a local lumber company and residents alike for many decades. Regular burning reduced some of the collected waste; however, glass chunks remained behind to be pounded into smooth, shimmering pebbles by the crashing ocean waves. 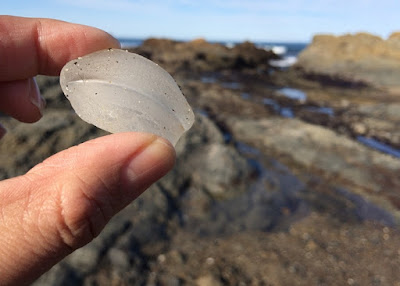 Most of the bigger chunks that can be found these days (taking glass chunks from the beach is considered a no-no) are the more "boring" colors such as cloudy white and brown; one has to dig a little into the finer rocks to catch the more striking colors like cobalt blue and orange. Those who wish to dig even further into the beach's history can drop by the International Sea Glass Museum in the southern reaches of Fort Bragg on Highway 1. 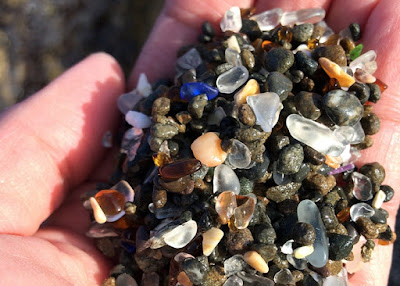 For lunch, we kept it simple and stopped by a local institution in Jenny's Giant Burger, located right at the corner of Highway 1 and the turnoff for Glass Beach. Started by Jenny and Herman Kreinhop in 1982, this burger stand has remained a family institution ever since, keeping it simple with a basic burgers and fries menu inside a smallish, diner-styled space, replete with old-school vinyl stools. In many ways, this burger joint reminds me of Sidney's Clancy's Hamburgers, a place that supports their the local Little League, draws its share of regular local visitors, provides jobs for the local teens, and grills up a more than serviceable burger and fries. 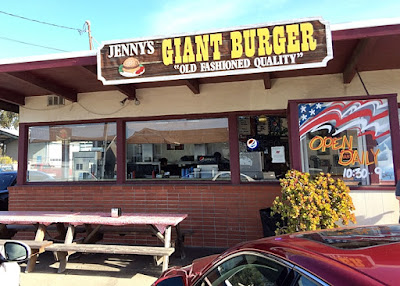 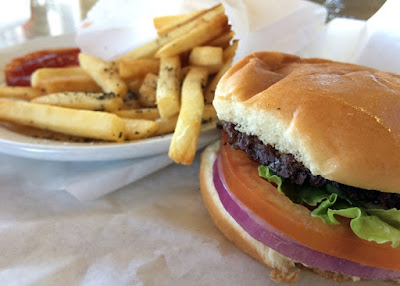 1988 turned out to be a pivotal year in terms of Ohio beer brewing, which marked the state's first forays into the modern craft beer ranks with Cleveland's Great Lakes Brewing and Columbus' Columbus Brewing Company. That year proved to be a fairly big year out on the Pacific Coast as well, which marked the start of three breweries which found themselves on the Brewers Association Top 50 U.S. Craft Breweries of 2015, including Oregon's Rogue Ales and Deschutes Brewing, and Fort Bragg's own suds-maker in North Coast Brewing. 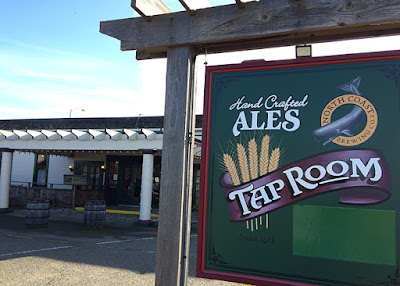 Even as one of the earlier craft beer entrants, North Coast has utilized some fairly unconventional strategies to succeed compared to most of its brethren, including not relying on a flagship beer (their popular Old Rasputin Imperial Stout, its most popular, is the closest candidate), more or less shunning the West Coast IPA wars, and going national a lot earlier than most, getting distribution in 47 states by the turn of the millennium, including the state of Ohio. In addition, they have taken pains to improve their social responsibility profile, garnering a B Corporation certification in September 2016 (Columbus' Commonhouse Ales has a similar certification.) 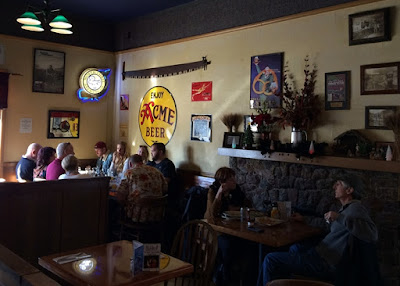 For a brewery best known for some fairly punchy brews such as the Old Rasputin Imperial Stout, Old Stock Ale, and their Brother Theolonius Belgian Dark Strong Ale (sales from each bottle are donated to the Thelonious Monk Institute of Jazz), their taproom was in a fairly laid back mood, perhaps not surprising considering our visit took place during an early afternoon midweek day.

Aside from a menu of pub classics (prices seem to range on the higher side of the ledger), the taproom also hosts dinnertime live jazz concerts in their Sequoia Room. As we had already grabbed a burger earlier, the brews were the target on this visit, and they did not disappoint, from their PranQster Belgian Strong Ale to their Le Merle Farmhouse Ale.

One of my favorite things on our brewery visits is meeting up with fellow beer enthusiasts and swapping beer experiences, stories and tips. As it turned out, one of the tips we got from Isaac, our in-the-moment beer buddy, turned out to be a fruitful one at a future planned stop. 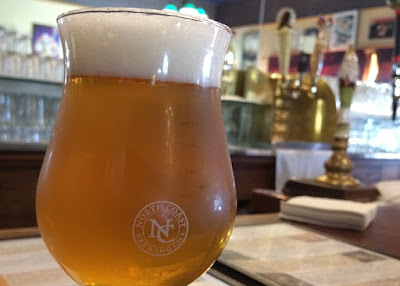 Things continue to crank along for North Coast, as they hope to consolidate their seven(!) facilities scattered around town into one comprehensive facility in the near future. Until then, craft beer seekers driving through the area need only find the intersection of Highway 1 and Pine Street for some brews worth bragging about.