In craft beer terms, one generally thinks of the San Francisco side from a historical perspective: Fritz Maytag's efforts with Anchor Brewing provided the inspiration for numerous homebrewers of that era and the original wave of modern craft breweries. However, Berkeley, located on the opposite side of the bay and generally is better known for non-craft beer topics, has a little bit of its history here as well in Triple Rock, opened in 1986 and touted as the oldest original brewpub in the country.

These days, the craft beer scene is looking up: one of the companies spawned by Maytag's efforts, Sierra Nevada Brewing, opened up a hub for their beer along Fourth Street in the form of The Torpedo Room in November of 2013. Other newly established efforts such as Fieldwork and The Rare Barrel, both of which we visited during our time in town, have been earning their own acclaim.

But first (to quote John Cleese)...and now for something completely different... 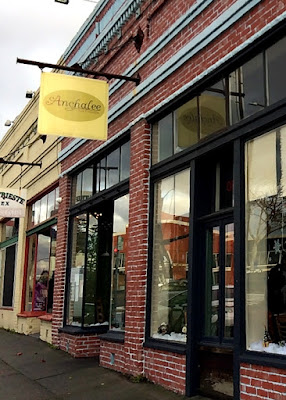 Located in Southwest Berkeley, Anchalee was one of those on a whim "what sounds good close by to the breweries we're visiting, because a meal before a few beers is a good idea" eateries we had no knowledge of prior to our visit. As we sat inside, we got the sense that this was a bit more upscale than the typical hole-in-the-wall, mainly due to the presence of a well-stocked wine rack and the decor itself, which matched the favorable impression we received glancing at the exterior. 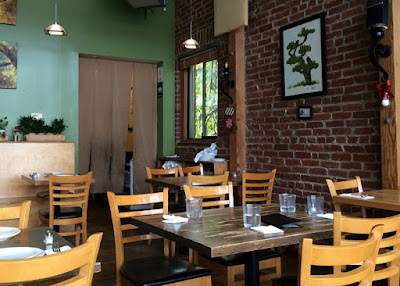 Befitting at least the reputation of Berkeley as a city more friendly to the vegan lifestyle, Anchalee's menu sported quite a bevy of vegetarian dishes. More unique seafood options than I'm used to, including a Mahi Mahi Green Curry, Kro Pad Kratium Salmon (with grilled asparagus and Shitake mushrooms) and Pla Lad Prig (pompano fish topped with a spicy chili sauce or tamarind sauce), were also on the menu in the specials section. 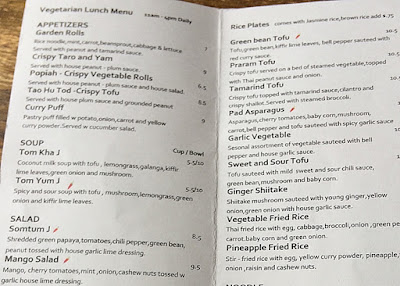 We weren't here to linger too long or be too adventurous, so we went with some basics in the Pad Kee Mao and the Pork Red Curry, ordered Thai spicy. The heat level, as it turned out, was only middle-range potent, nowhere near what we've experienced with places like Columbus' (sadly departed) Westgate Thai. But really, we have no complaints here - both dishes were well-prepared, with large chunks of al dente vegetables and well-balanced spicing.. 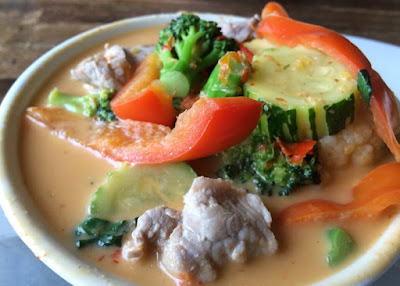 As far as the brews, our first stopover came at Fieldwork Brewing. Even though this brewery is not quite two years old (they opened their flagship Berkeley taproom in February 2015), their rate of growth rivals almost any newly opened craft brewery you can think of, with taproom openings in both the wine-oriented Napa Valley and the bustling Sacramento beer scene in 2016 and planned expansions into Monterey and San Mateo this year. 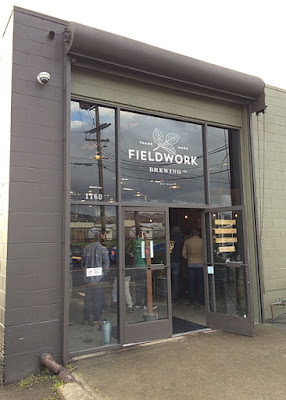 Despite the usual elements you would expect in a brewery taproom, Fieldwork's version didn't quite match up any my spouse and I had been to before. For Ohio craft beer seekers, I'd call the space a blend of Heath's Homestead Brewing and Dayton's Warped Wing, with some appropriately Berkeley-styled touches such as wall-mounted bike parking, and fresh-baked empanadas as a food option from the kitchen. During warm days, an outdoor patio also offers additional space for customers to hang out. 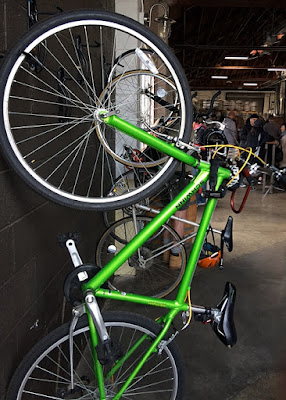 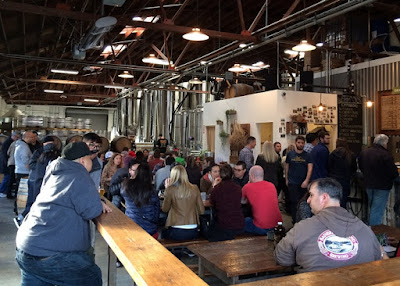 The space was buzzing with activity fairly early this afternoon, and really didn't let up the whole time we were there. Many were there to get growler and crowler (similar to the system at Central Ohio's Buckeye Lake Brewery, Fieldwork adopted crowlers in the summer of 2016). The beers we had were tasty enough, but we'll have to call this an incomplete review in that field due to our earlier visit to the nearby Takara Sake Museum (pacing yourself is generally a good thing,) What did grab our eye (several times, as a matter of fact), were the relatively prodigious size of Fieldwork's flight samples, a definite bonus when we get the next chance to probe a little deeper into this brewery's offerings. 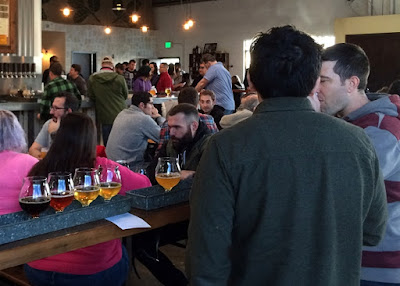 Our final stop this day almost seems like an old friend nowadays. Written up originally on my blog in early 2015, Berkeley's The Rare Barrel is pretty much a must stop for us on any trips into the Bay Area, if only to pick up a bottle of their taproom-only releases for transport back to Ohio. 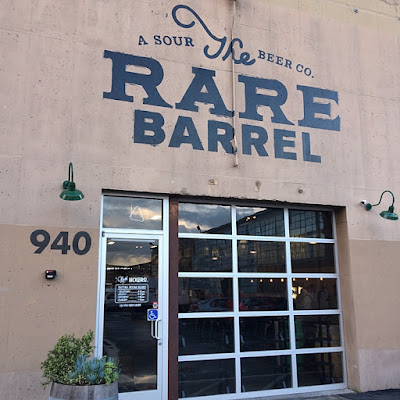 Not really much has changed since our first visit to their Parker Street location - The Rare Barrel's method of using three basic types of wort and then varying the microbe cultures and blending ingredients has allowed them to put out complex, tart beers that reside on the top tier of that happy craft beer middle ground between my spouse (whose tastes tend toward the hoppy) and me (I lean more toward the dark and malty and a little bit sweeter.)  Racks full of oak barrels filled with their fermenting brews only enhances any visit to the taproom. 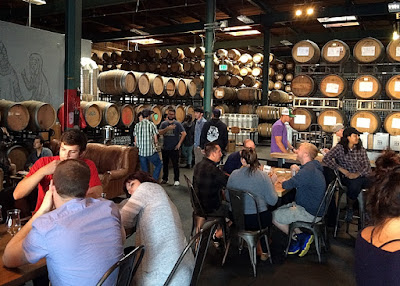 Perhaps the only thing that was notable during our Christmas season visit was having our first beer from the brewers that we'll credit as being a noble attempt. Blending a sour blend beer with traditional Christmas-related spices like cinnamon, vanilla, nutmeg and clove wouldn't seem to work at first glance, but Rare Barrel's Singing Loudly ended up a bit too weighted to the latter. However, pretty much everything else was spot on, with blends like Another World (a blend of oak aged red sour beers) and our mutual favorite There Are Rules (an oak aged golden sour blended with apricots, raspberries and peaches), it was impossible to quibble with this visit.

In many ways, our love of breweries like The Rare Barrel has us excited for what is brewing in the Central Ohio scene for 2017 and beyond. With sour beer focused Kindred Artisan Ales in Gahanna waiting for that right time to release their barrel-kept brews (hopefully starting this year), the Belgian beers of Lancaster-based Rockmill Brewery finding a new home in Columbus' Brewery District, and sour beer focused facilities by Columbus favorite Seventh Son Brewing and newcomer Random Precision in the Linworth neighborhood in the works, the local Ohio brew scene is indeed looking a lot more pucker-worthy.