For The Sake of Sake: The Takara Sake Museum and Tasting Room (Berkeley, CA)

My first experience with sake, the Japanese beverage fermented from rice that dates back to roughly 300 BC, was an indirect one, Back in high school at a party hosted by a mutual friend, we found a fairly ornate bottle containing this truly exotic beverage (for us at that time, Corona qualified as exotic.)  One of my friends particularly found the sake to his liking...too much so, as it turned out. That was the first time I had seen anyone so stinking drunk in my presence, and it still ranks well in the top 5 examples of this unofficial and ignominious personal category.

Flash forward to today, where my spouse and I have made craft breweries one of our top targets during our travels. If nothing else, this has led to a pursuit of other forms of adult beverages on a lesser scale, including wines, cocktails and spirits, and mead. When it came to sake, our experience pretty much amounted to combination of nil, nada and zilch. Combine that status with a willingness to try new things and some free time to kill before the holiday family gathering, and we found ourselves in, of all places, Berkeley, California. 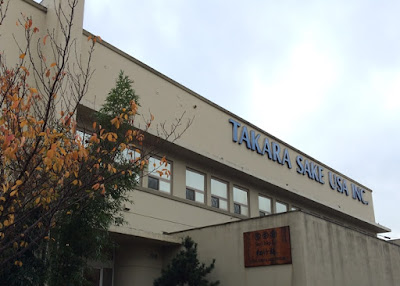 Established in 1982 in the United States, Takara Sake has a more than 150 year history as an entity, when one Unosuke Yomo started to produce sake in Kyoto, Japan. As the biggest sake producer in America under the brand name of Sho Chiku Bai, Takara Sake has undertaken two separate renovations of their Berkeley facility, including the 1998 effort which birthed the Sake Museum and Tasting Room, located on the second floor of the facility. 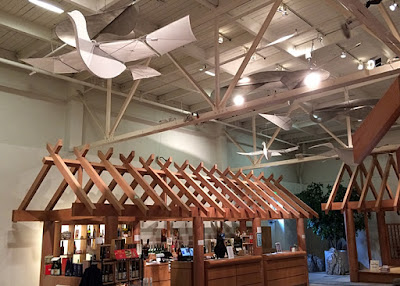 High ceilings and bright lights greet you as you enter the Tasting Room space. Despite the industrial lattice of structural beams over head, the atmosphere is airy and zen-like, with white as a predominant color, the presence of simple, fir wood structures and a granite tile floor (both from recycled materials), and hovering, artful renditions of birds and other mobiles. Our hostess this day advised we should start our visit with a roughly 10-minute video presentation on the story of sake making. If nothing else, it gave us a taste of the tradition that goes behind the sake brewing process. 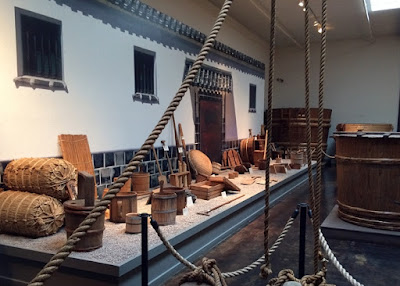 The museum itself, located in the back of the tasting room area, isn't large as museums go, but contains more than enough equipment and descriptive signage to give the visitor an idea of what makes sake-production process different from other fermented beverages (watching the video beforehand definitely helps with that sense of understanding) as well as the company's history. 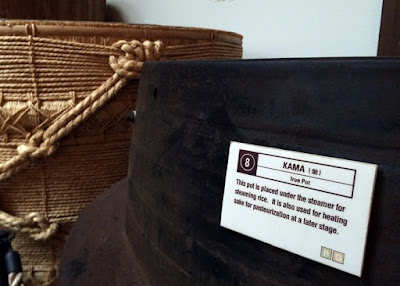 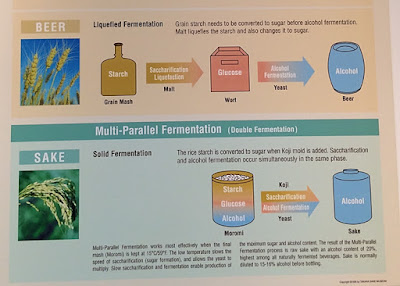 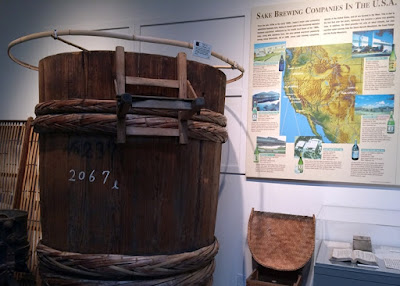 Of course, we were here to actually sample the sake, and we found out Takara offers visitors a fairly diverse range of sake flights for either $5 or $10. Being newbies, our hostess suggested that the two different so-called "Variety Course" flights would work as a solid introduction to the beverage. Flight description sheets are given out to visitors, who can use them not only to take notes, but also as reference for the sake flavor profiles, sweetness/dryness measures, and other helpful details. 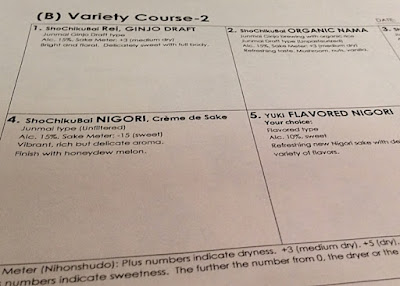 As we found out, sake is a lot like beer, but generally these beverages operate on more subtle taste ranges and are served either warm or cold. It would be wrong to say there aren't strongly flavored brews, however (for example, the Koshu Plum sake was a bit too sweet for my spouse, and close to that border for me.)  Also, it was really hard to pick out a true favorite on this first sampling, and like explorations into craft beer, more exploration is in order, thanks to the folks here at Takara.

We generally found something to like in pretty much all the samples we tried, but a few stood out in our minds. The Nigori Creme de Sake had an appropriately creamy mouthfeel and a pleasant melon tinge throughout, while the Lychee was more crisp but similarly pleasing. The Mio Sparkling Sake was refreshing, similar to lightly carbonated/lower ABV meads - the perfect beverage on a hot summer day. Perhaps the true gem in our samples was their limited edition Junmai Daiginjo, Takara's first such sake made by 100% American Yamada Nishiki rice (and, strictly by the taste, worth the $50 per bottle.) 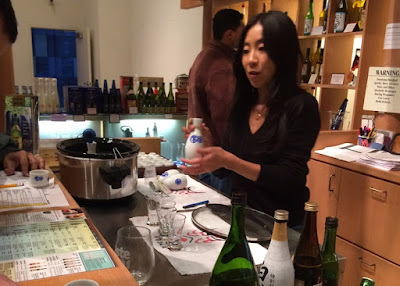 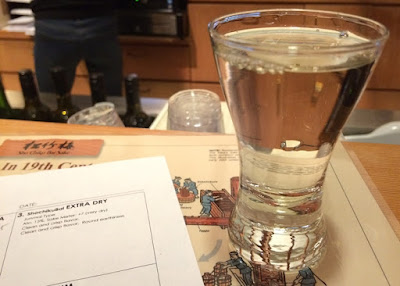 The Takara Sake Museum and Tasting Room operates daily from 12 pm to 6 pm throughout the year, with last tastings at 5:30 pm. During the winter months (Nov-Feb), operating hours on Sunday are 11 am - 5 pm.