Seal Pups and Fish Tacos: A Day in La Jolla

Perhaps the most idealized perception of what a beachfront community like La Jolla aims to project came through very early during our visit, when we passed a rather nattily-dressed senior couple, toting their bicycles next to them, along the main trail

"We kind of got a late start today, dear."
"Oh, really?" The man glanced casually over to his silver-haired companion.
"Yeah, it's already past ten in the morning."

Hmmm, if getting out the door for a causal bike ride after 10 AM when I'm older is wrong, I don't think I ever want to be right.

Gonna' Soak Up The Sun: Sauntering into San Diego

One downside that I have discovered about moving to the Columbus area (one that my spouse warned me about) was the area's high ranking in the cloudy day charts: in fact, it rates as one of the Top Ten Most Cloudy Cities in the United States.  As my spouse further explained, by the month of February, any chance to escape for more sunny climes, even for a few days, is a welcome one.

Well, this year provided us the perfect opportunity: a planned big family gathering in San Francisco gave my spouse and I a prime opportunity to add on a few extra days for some extra sun-drenching. After a quick look, San Diego seemed to be a prime hunting ground for this quest, and a warm temperatures on departure day seemed to portend a good few days ahead.
Read more »
Posted by Joe No comments: 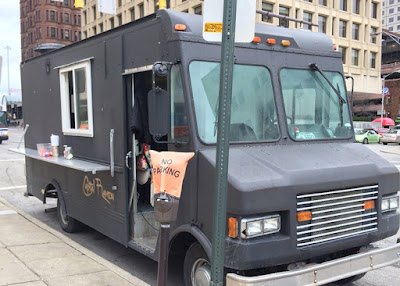 My First Thought: Hardly the most fancy food truck in the world....but, ramen!

Reality: I admit, hot steaming bowls of soup aren't something I go for much during the warmer days of the year. However, get me to the late fall to the early spring, and its hard to beat the comfort and warming power of a fresh batch of soup.

Winter can be a very tough time for those in the mobile food industry here in Columbus, when the choice between shutting down and braving what can be some harsh winter conditions and lowered customer visits isn't so clear cut.  However, when I saw Capital Ramen, who has been making a go of it here in the area since 2015, parked nearby during a recent workday, I was pretty pleased to see them making a run at it.

If you look closely enough, you can trace a similarity in base food items from places like Greece and Turkey eastward into China and its environs. This is hardly surprising, considering the history of the famed Silk Road, a network of passages and roadways that helped foment the trade of spices and other goods from China to Syria and everywhere in between, as well as the number of empires which once claimed this vast geographical area.

Despite the turmoil and the wages of time, the cuisine of the Persians (now modern-day Iran) stood the test of time and the changes in area rulers. Back in the Bay Area, there are several Persian eateries of note, but I admit the cuisine was not on my radar as I beginning my area explorations. It wasn't until I got to Columbus when I started digging into this tasty word via the metro's one and only Persian eatery: Jeddo Kebab. 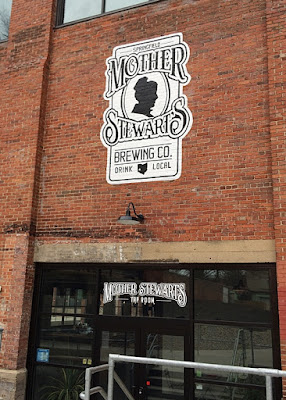