As one drives northward into the upper reaches of California's Central Valley on Interstate 5 during the winter months, an enticing piece of eye candy grows more prominent on the horizon. This white-capped, jagged precipice is Mount Shasta, a member of the "Ring of Fire" volcanoes which rim the Pacific Ocean and deceptively serene-looking (the last eruption for this stratovolcano was back in 1786, a relative blink of the eye in a geological sense.)

When one reaches "The Olive City" of Corning (located about 30 miles northwest of Chico), one could should certainly stop at one of the olive product purveyors. Indeed, we did that ourselves when we stopped by Lucero Olive Oil's flagship location just off the main freeway to check out their inventory. Operating since 1947, my spouse and I first encountered them at their branch location in downtown Napa; in an unfortunate turn of events, they were forced to close this shop due to the 6.0 earthquake which struck the area in August 2014.

Here in Corning, Lucero's small but sleek shop sported a wide ranging assortment of olive oils, balsamic vinegars, and related food products like tapenades and mustards. After a tasting session, we made off with three bottles of olive oil for the trip back to Ohio. 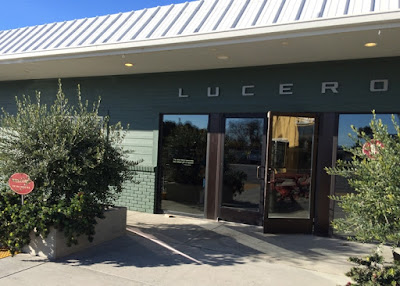 As hinted at by my previous Sierra Nevada Brewery post, we were in the area for something we had been both anticipating greatly since we discovered its existence roughly a month or so before our travels. After our visit to Lucero, we traveled about seven miles to the east of Corning, just across the railroad tracks and jogged to the north. Veer to the left at the T-intersection, and you reach a vineyard whose entrance only hints at the history that lies within it and the surrounding community of Vina. 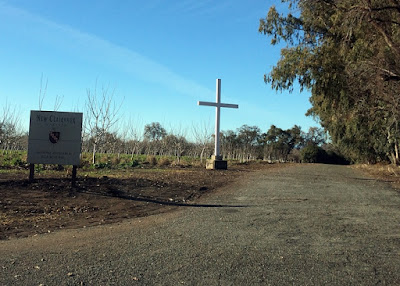 As hinted at by the cross, New Clairvaux Vineyards has a religious connection. In this case, it lies with the presence of the Abbey of Our Lady of New Clairvaux, established in 1953 by 27 Trappist monks who had journeyed from Kentucky to the former historical ranch and vineyard of the one and only Leland Stanford (as a matter of fact, profits from Stanford's Vina operations financed the founding of the namesake university in Palo Alto in 1885.) Trappist Monks' lives are centered around hard labor, and in the literal sense, the finished fruit of these labors since their arrival over time has become the wine, the sales of which provide funding for all abbey operations and functions. 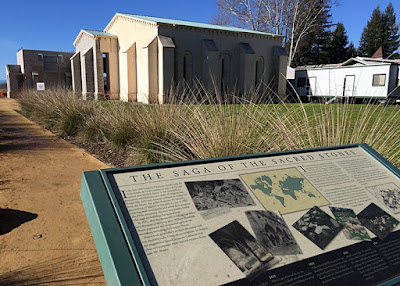 Other examples of history can be found around the sprawling complex simply by wandering. Perhaps the most intriguing construct on the property lies in the Sacred Stones. Constructed at the end of the 12th century by Moorish craftsmen just north of Madrid, Spain, the stones provided the home to New Clairvaux's Trappist brothers at the Santa Maria De Ovila monastery for centuries until it was seized by Spanish government officials in the 18th century.

The remains of the monastery were bought by famed media magnate William Randolph Hearst, who meant for the stones to be reassembled at his estate in Wyntoon, his castle estate property just east of Mt. Shasta.  Instead, financial problems beset Hearst and kept the stones in limbo, stored in boxes and crates in San Francisco's Golden Gate Park until an agreement was reached to send them to New Clairvaux. Visitors are generally free to roam through the reconstructed abbey, but on our visit, ongoing construction to complete a planned new infirmary and church prevented a closer view. 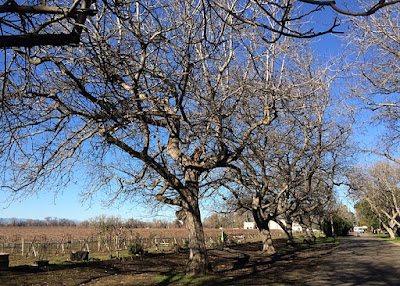 Meandering through the property made us aware of what a wonderfully serene place the New Clairvaux property really is. The sounds of nature dominate, whether its the scurrying of squirrels fighting for dominance on a tree, or the cascading water of the fountain behind the monastery's Welcome Center. Nestled next to the abbey's original chapel (St. Cecilia's), the Welcome Center offers up a small collection of modestly-priced religious-themed books, clothing and Trappist-created food products. Sales here are on the honor system, with envelopes for your payment conveniently placed for visitors' use. 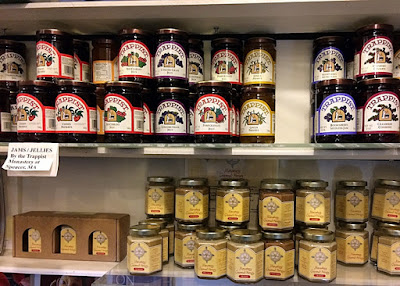 As you wander back to the brick structure that holds the vineyard production facilities and tasting room, the clink-clank of a bicycle ridden by one of the Abbey's resident monks heading for the production facility might greet your ears. While the monks' tendency here trends toward silence, this by no means prevents them from greeting visitors with a wave of their hand as they roll by. 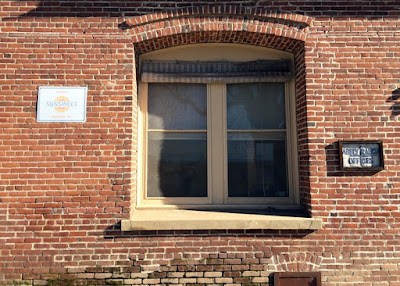 New Clairvaux's tasting room, which resides in the same tasting area in the old Stanford vineyard, provides another fascinating bit of history in their head vintner, Aimee Sunseri. A fifth-generation winemaker from the Nichelini Family Winery in the Napa Valley, Sunseri was intrigued by the proposition of collaborating with the monks at New Clairvaux and taming the traditionally difficult soil conditions of the area to produce memorable wines. Already a fan of the farm lifestyle, she came on board in 2000, and hasn't looked back since. 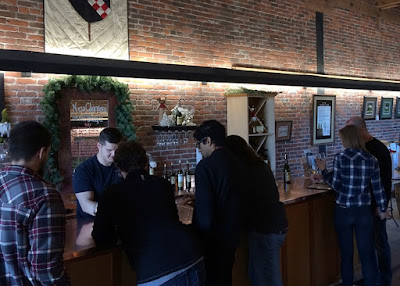 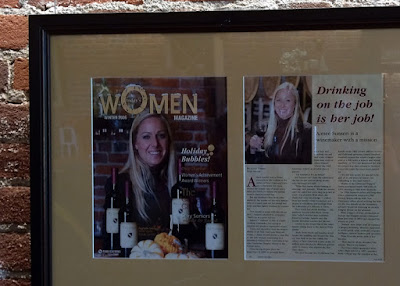 Another unique vineyard aspect is the grapes grown and used in their wines, which include varietals that based on our semi-limited wine knowledge are fairly unique to this country (Albariño, Assyrtiko, and Moschofilero, for example.) Wines using those varietals weren't available for tasting during our visit, but we did enjoy and grab ourselves a bottle of wine using another unique varietal (Barbera, the third-most grown grape in Italy) as well as an old vine Zinfandel for a Christmas present.

After we left this serene and spiritual corner of the world, we discovered one more fact that we had not realized prior which made our sequence of visits even more special: Sierra Nevada Brewing, which we had visited the evening before, had collaborated with the monks at New Clairvaux to create the Ovila Abbey Ales series. Proceedings from these Belgian-styled ales assisted in the abbey's reconstruction efforts.

For a more detailed look at the history of New Clairvaux and the town of Vina, I highly recommend this Sacramento Bee article by Stephen Magagnini, published originally on September 9, 2016.