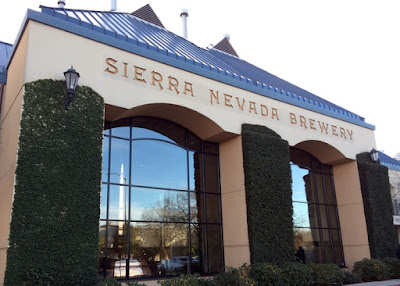 My first ever experience with Sierra Nevada Brewing's products involved, like many others I'm sure, their signature Pale Ale back in my college days. As is the case with most college students, the more inexpensively you could do something, the better. In beer terms, this often meant copious amounts of cheaply made lagers.

Every now and again, however, I would encounter a bottle of Sierra Nevada's flagship Pale Ale at a party. Many of my fellow students hated the bitter taste profile, now considered fairly tame by current standards. I was not one of those people: I didn't hate it, but I wasn't really sure if I liked it or not. As time has gone on, though, I have come to appreciate this beer, especially when it's the lone craft beer selection in a sea of macro beers.

Fast forward to our recent annual visit to California, where my spouse and I decided to their original brewery location in the college town of Chico. Initially, this visit was actually more of an addition to an itinerary, being located close to a more intriguing destination for us (more on that in a future blog post.)  We figure we'd have a beer and dinner at the restaurant and head back to our hotel for the last day of our travels.

At the very last second of planning, I saw that Sierra Nevada offered free brewery tours, and that based on our travel plans, we would be able to make it in time for the last tour of the day. I didn't read too much of the tour description other than the tour was free, asked my spouse if she was up for it (she said "why not?"), and I put in our reservations.

That turned out to be one terrific decision. 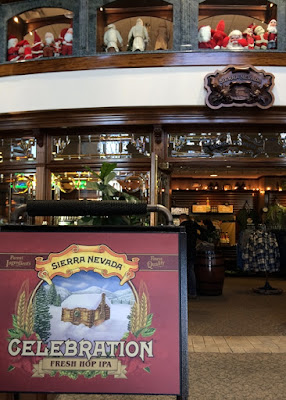 Even though we knew Sierra Nevada was a large operation (ranking at third largest in the U.S. behind Samuel Adams and Yuengling) we didn't sense how large it was until we spotted the set of nearly 60 metal tanks that line the west side of their complex. Reflecting its size, the brewery's reception area where we checked in for our tour was a rather opulent affair, with a neatly attired gift shop, a taproom (as it turned out, this was where our tour would end), and an upstairs area with various pieces of old beer making equipment and, befitting the season, a large display of Santa dolls and other memorabilia. 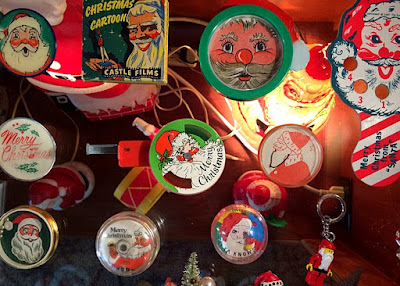 Generally speaking, brewery tours are fairly similar in scope: you get a little of the brewery's history and capabilities and a primer on what goes into beer and the brewing process. Most of the best experiences on these tours for my spouse and have veered to a more off-the-cuff feel, from our guide pulling a can of beer from the beer fridge over at San Antonio's Freetail Brewing during their tour, a swig of some of the freshly made mead in tanks at San Francisco Mead, or an impromptu look at the old mortuary facilities at Mansfield's Phoenix Brewing. 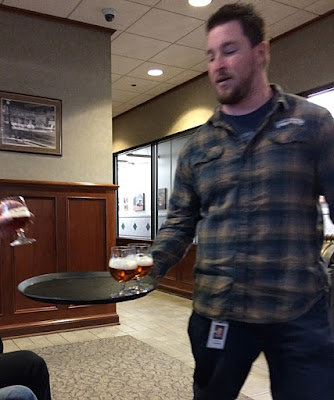 As it turned out, Sierra Nevada's basic brewery tour is as polished as their production facilities, but the blending of off-the-cuff elements (or seemingly so, anyway) that made this experience a memorable one. Our first such moment happened before the initial presentation, when our guide handed each of the gathered a glass of the brewery's flagship pale ale, a brew that still accounts for over 50% of the brewery's sales even now.

It's hard to give a succinct, Cliff's Notes version of Sierra Nevada Brewing's history, but our guide did a great job of just that, enhanced with a mixture of video movies and slides. Suffice it to say, founder Ken Grossman's pursuit of craft beer, powered by a profound talent to pull things together and apart and inspired by a visit to San Francisco's Anchor Brewing (considered the godfather of the modern craft beer movement) has become a massive success since its start in 1979.  His ultimate plan was fairly audacious considering the era (many felt brewery numbers would even sink lower than the 40 or so that existed at the time) and the numerous obstacles (including a struggle for financing and a decision to set up shop in a relatively obscure part of the country.)

A couple of things in the initial presentation perked my interest as one familiar with the Central Ohio craft beer scene.  Not unlike Columbus brewer Four String, Sierra Nevada used re-purposed dairy equipment to start their operations; in fact, the original setup was so durable, it was sold to and used by Humboldt County's Mad River Brewing for their beer brewing until its decommissioning this year. Also, the newspaper clipping featured for the discussion of Prohibition was a newspaper based out of Westerville, Ohio, the self-proclaimed "Dry Capital of the World." 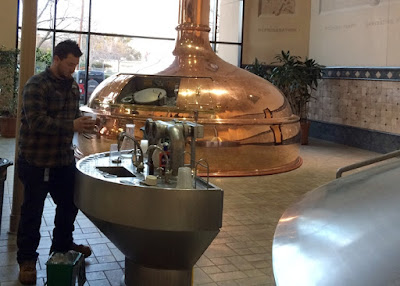 I won't spoil all the basic tour details for those of you who haven't experienced it, but I will say that for a free tour, the value you get is much more than one might or even should expect. Along with the numerous artistic touches evident throughout the brewery, the tour includes interactive aspects that you may not get with a smaller operation, including a chance to run your hands through hops of your choice and sipping on freshly made wort.

Throw in other aspects like watching workers doing their job, subtle references to the brewery's commitment to eco-sustainability (a seasonal "Sustainability Tour" is also offered by the brewery), and some generous pours of Sierra Nevada brews both at the start and end of the tour add up to truly satisfying experience overall. 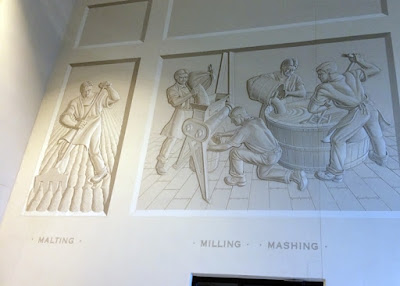 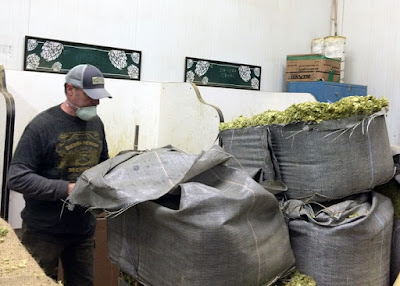 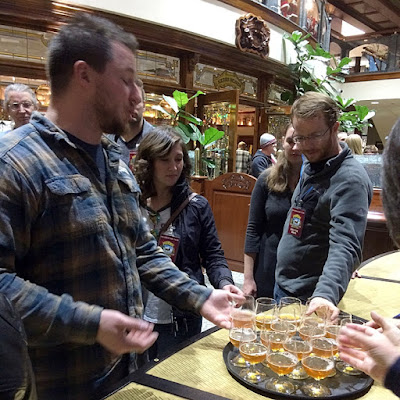 Sierra Nevada's brewpub also proved to be a pretty good value for the money, especially considering that California is a more expensive part of the country in general. Even in the winter season, the heated outdoor patio proved to be perfectly tolerable for us native/converted Midwesterners. Food prices seemed generally reasonable, the size of our pizzas generous (we had leftovers for the next day) and the seasonal beers we ordered (Lebkuchen and the Cranberry Saiuce, a cranberry saison) were some of the better ones we had this season. 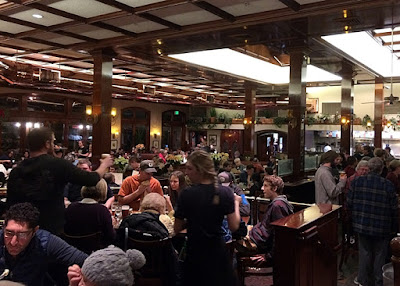 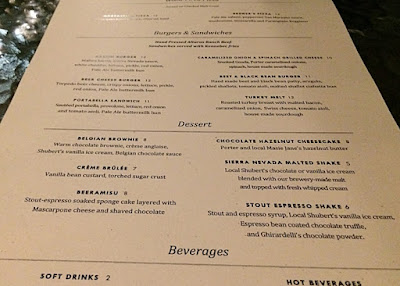 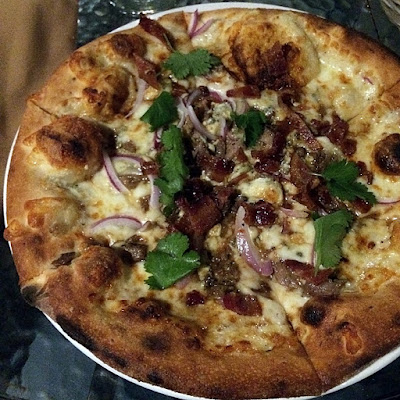 Perhaps most incredibly, the free tour we received is hardly the ultimate experience you can get from Sierra Nevada. $45 can get you on the focused "Beer Geek Tour", which keeps the groups small in number and offers additional perks like a tour of the open fermentation room and beer pours directly from the tanks. In addition, our tour guide mentioned early in the presentation that Sierra Nevada's new facility in Mills River, NC, ups the ante over their original Chico location, likening it as Disneyworld as compared to Chico's Disneyland.

At first, that thought boggled the mind, but as we wandered through the Chico facility, we could see how that could easily be the case. It definitely adds a must do for a future yet still to be determined third excursion into the Asheville, NC area.