Something that I have come in my nearly three years of blogging now is that you just don't get to blog about everything you encounter. Sometimes the event doesn't quite rise to sustain an entire blog post, sometimes the subject of the potential blog post vanishes from the scene before you can make a fair judgment, and sometimes life gets in the way and takes away from a potential post's timeliness.


Despite all that, I've tried to reflect the travels and encounters of my spouse and I as best I could through my social media channels. But as I've looked back at the collective photos from the year, I thought this would be a good time to reflect back on a few photos that didn't make the feed (and a couple that did.) 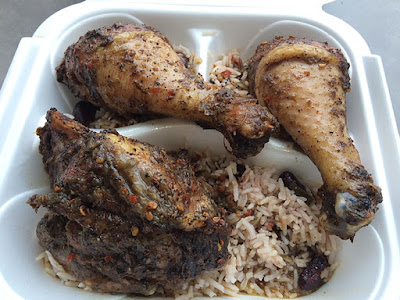 Nosh Columbus was just a touch farther than I wanted to go for lunch generally, but the time I did go was a bit of a rewarding one, as enjoyed a fairly satisfying rendition of jerk chicken, and at a good price to boot.  In fact, it was enough food for me and a more down-on-their-luck person I found nearby, who was more than happy to finish off this lunch. Nosh closed before I could venture in a second time, due to be replaced by Poke Doki. 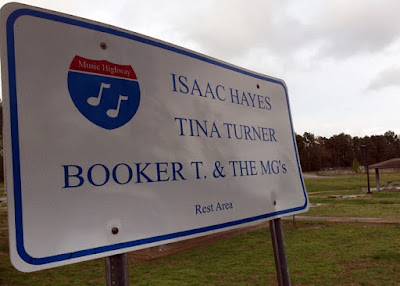 Perhaps the funkiest breather you could ever hope to encounter: the Isaac Hayes/Tina Turner/Booker T. & The MG's Rest Area in Jackson, TN. 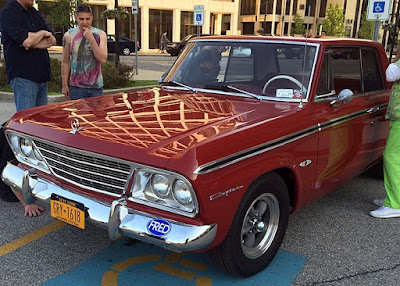 On our way to a wedding in South Bend, Indiana, we ran into "Fred" at a rest stop on the Indiana Turnpike just west of the state border. Little did I know that we would run into him again at a small Studebaker auto rally within downtown South Bend, which we had not realized was the home to the manufacturer until its shutdown in the 1960s. 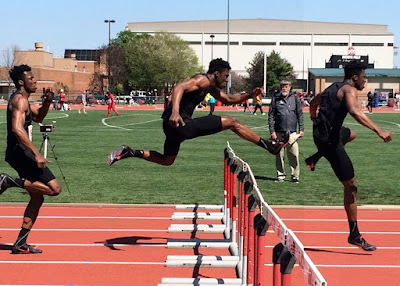 Using a little bit of Instagram manipulation, I caught this hurdler at this year's Jesse Owens Track & Field Classic (held at The Ohio State University) at three different phases of the hurdling action. 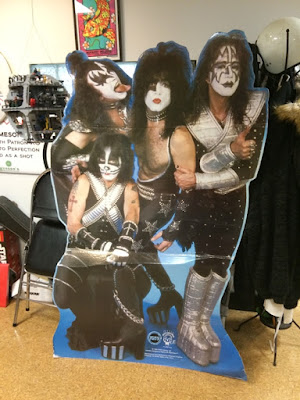 You can never go wrong with rock star cutouts, like this KISS cutout which give cheeky company to the folks who work at the studios of CD 102.5 in the Brewery District . 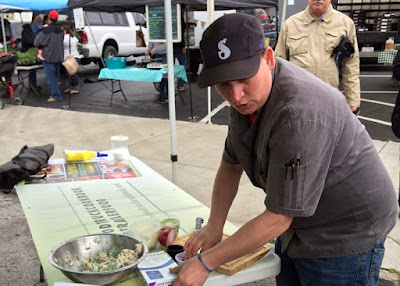 Catie Randazzo of the Challah! Food Truck sets up her booth at the Clintonville Farmers Market. She along with authors Renee Casteel Cook and Tiffany Harelik were at the market this early April day to promote the Columbus Food Truck Cookbook. As it turned out, the weather this early April day was a bit blustery and winter-like, but all three soldiered through. 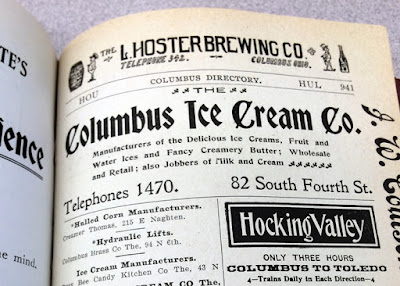 As time has gone on, I've grown more and more interested in the history of this area. Doing some preliminary research on some topics brought me to the newly renovated Columbus Main Library, which had its grand reopening in June. As seen on this snapshot of an early 20th century city directory, the pre-Prohibition city breweries such as Hoster Brewing (which is making a comeback in local area tap handles) advertised heavily in these books, coupled with one of my favorite blog topics: ice cream, as in the Columbus Ice Cream Company ad. 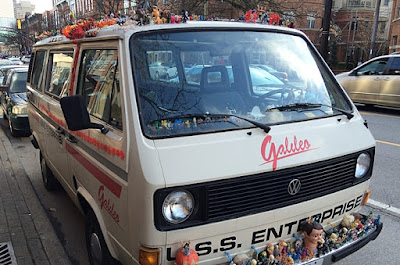 While everything I do may not be with William Shatner, the geek in me appreciates this modified VW Van, which can sometimes be found outside of the Big Fun store in Columbus' Short North neighborhood. Spectacular sunrises and sunsets seemed to be common sightings for many in 2016. There were many such pics that made onto my Instagram account, but this remains my favorite from the year, taken near the Teejaye's Country Restaurant on Morse and High Streets. 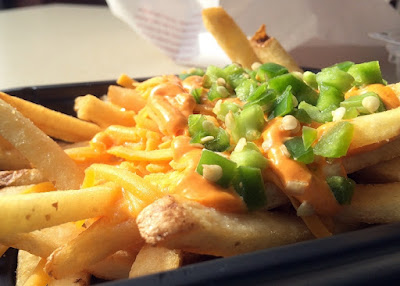 As a bit of a spicehead, I had high hopes for these Ghost Pepper fries from locally based Wendy's Hamburgers, but this didn't have much more kick than your average tub of jalapenos you get with your ball park nachos. On the other hand, I was a little surprised when the Taco Bell Cheddar Habanero Quesarito actually had a little more punch than I expected.

Custom Chef is another downtown eatery near Third Street and Broad which went defunct during the last year. The sandwiches and salads served here were decent enough, but perhaps the reason I dropped by here more often than not was to stare at the floor, which sported a satellite image of the city of Columbus. 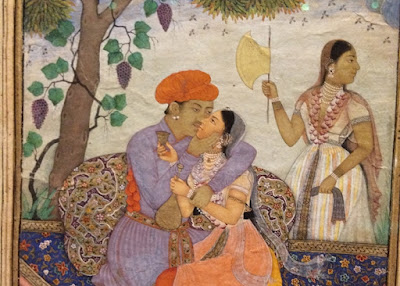 This summer, we dropped by the Cleveland Museum of Art to check out their "Art and Stories from Mughal India" exhibit and were truly amazed by the level of detail put in by these artisans. Some of the prints were not much bigger than your large-sized greeting card. 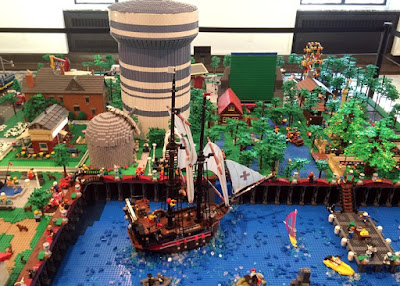 At a whole different medium level, the LEGO renditions of Columbus landmarks at the Columbus Museum of Art's "Think Outside The Brick: The Creative Art of LEGO" were equally as detailed with an added element of fun for pretty much any museum visitor. 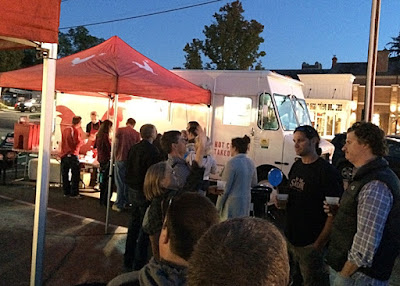 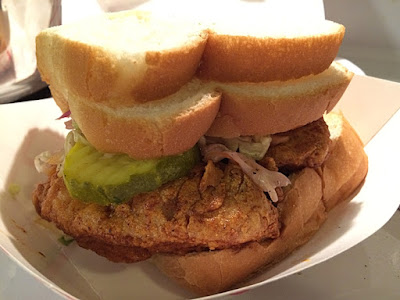 The Columbus food truck scene was a bit of a surprise to find for me personally, but one that I have enjoyed immensely since moving to Central Ohio.  Hot Chicken Takeover, Joe DeLoss' mashing of philanthropy and Nashville-style hot chicken, added the mobile aspect further along into their business model. But nowadays, their food truck is now as popular as any in the area, and their annual Neighborhood Tour, which pairs up with local charitable organizations, are popular gathering events. Their Worthington stop, which assisted the Old Worthington Partnership, was no different: we really didn't mind the wait on what turned out to be a perfect late mid-fall October evening. 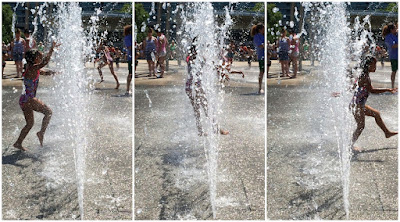 There's simply nothing like being a kid on a hot day running through cool water fountains. This youngster demonstrated this quite well on a visit to Bicentennial Park on the Scioto Mile this summer. 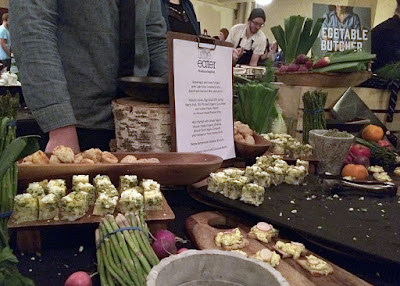 The Columbus Underground "Best Bites" series, which features local purveyors of various categories of food, reads great in theory. However, at least based on our experience with the "Best Bites: Brunch" event at the Columbus Athenaeum, they can be something of a crowded free-for-all. Despite this, we managed to sample some fine tasting brunchy bits, including this assortment from Cara Mangini's Little Eater eatery from the North Market (her "Vegetable Butcher" cookbook turned out to be one of three Ohio-related cookbooks which made it over to the West Coast as Christmas gifts.) 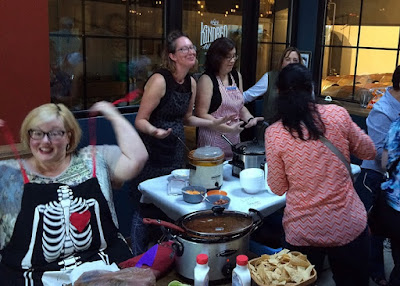 We've enjoyed getting involved with the Souper Heroes, an organization dedicated to helping out various community hunger-relief organizations in the Central Ohio area. This photo is from our first event donating soup to the cause at Kindred Artisan Ales, one of Columbus-area newer craft breweries in Gahanna. Their first event for the new year is slated to be a chili cook-off on January 28th at The Commissary. One of my more arty food photos, and of a fairly more down-to-earth event to boot. The "Beer & Donuts" pairing events put on by the Columbus Craft Beer Alliance have proven to be a truly fun exploration for us.  This photo, which displays a plain yeast donut served "Monte Cristo" style paired up with the Spaceship #6 IPA, was taken at the event held at Clintonville's Lineage Brewing, which matched up their own homemade donuts with their in-house beers. 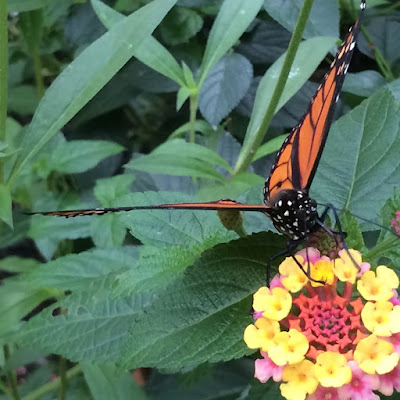 Monarch beauty: this photo was taken at the butterfly exhibit at the year's Ohio State Fair. 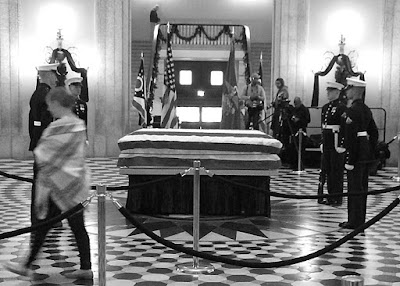 While John Glenn was never my senator (I lived in California when he served in Congress), I was still deeply saddened when he passed away in December.  In addition to his military service and pioneering efforts as an astronaut, he represents for me an old-fashioned, earnest commitment to serve the public good, an ideal that is rapidly disappearing and one that I personally will miss. I felt compelled to pay my respects to Mr. Glenn when he was laid in state at the State Capitol.

I had initially intended to share a photo with just the honor guard and the flag-draped casket, but this one with the young woman passing to the left caught my eye, a glimpse of the gathered queue of people who came this day, slowly pausing and filing by to pay their last respects.

The mood this day was appropriately somber and reflective, a quiet yet powerful tribute to a modest man from Cambridge.
Posted by Joe