The second half of our Black Friday Libations tour started off at a place that seemed to pique the collective group's curiosity the most out of our destinations this day. 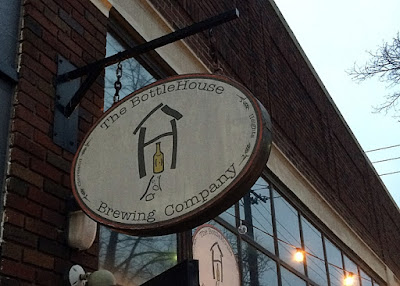 Reading a little bit before my visit about The BottleHouse, first established in Cleveland Heights in 2012, reminded me of Columbus-area breweries like Valleyview's Sideswipe Brewing or Heath's Homestead Brewing in Licking County. The latter two were breweries that had began plying their trade quietly on the fringes, put out more compellingly tasty products over time, and have expanded their facilities and their name recognition as a result. With The BottleHouse opening a new location in Lakewood recently, I was hoping we would find similarly compelling beverages. 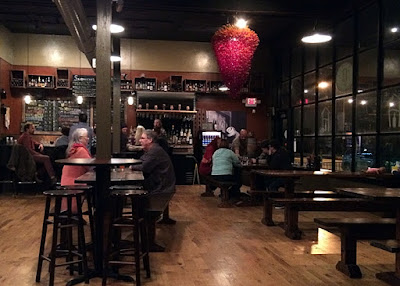 BottleHouse, which touts itself as the first Cleveland metro-area meadery, has an inviting space that encourages you to gather with a group and guzzle down a couple goblets of honey wine. The meads I sampled here reminded me a lot of traditional wines, with strongly fruity noses and crisp, dry finishes. For those who are wine lovers or mead newbies who may have been turned off by a uber-sweet mead you generally encounter in grocery stores, BottleHouse's versions might be the gateway for you. 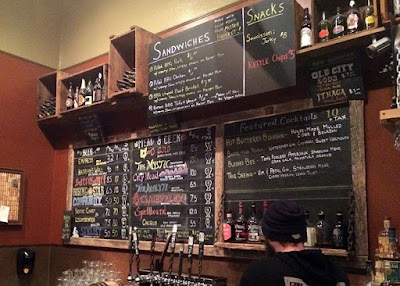 Of course, craft beer was BottleHouse's calling card, and some unique and tasty brews turned out to be palate-pleasers, including as an excellent Hadrian's Wall (a wee heavy aged in a rye barrel) and the Syklist (a pale ale brewed with Norwegian farmhouse yeast strain). Paired up with a small music performance space, a selection of pinball machines, and the fact that you can rent out the space during certain hours for your event for no fee, and one can easily see the neighborhood appeal of a brewery like this.

Oh, and did I mention that the Lakewood location has a sour program going? A return visit in the future to this BottleHouse's location pretty much seems to be a must. 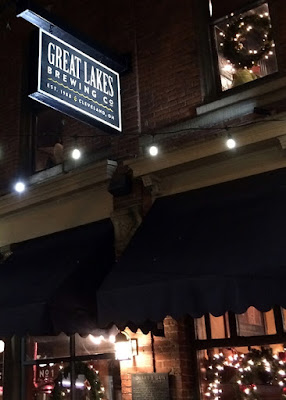 Next, we wandered over to Cleveland proper to Ohio City for a stop at one of the godfathers of the state's modern craft beer movement in Great Lakes Brewing.  It seems funny to say this, but as the brewery which nailed what my go-to style really was (GLBC's excellent Edmund Fitzgerald Porter convinced me that deep down, I was a stout and porter guy), and for as many beers as I've had from this brewery, I have never made it up to their Cleveland location. 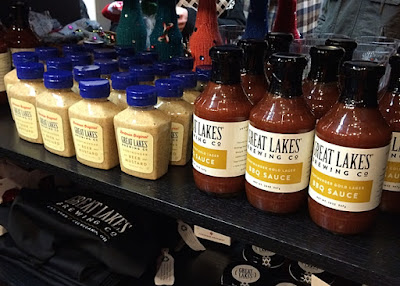 As it turned out, this visit would be a short one: Great Lakes was packed full of Black Friday revelers, and we ended up grabbing a table at a nearby destination (more on this below.) I did stay long enough to see their rather well-stocked gift shop and meander down to their neat basement bar area for samplings of seemingly always well-received seasonals like their Blackout Stout and Ohio City Oatmeal Stout.

While I would like a more comprehensive visit in the future, my interest in Great Lakes is piqued by their status in the Ohio craft beer world. They along with Columbus Brewing are basically the trailblazers of this state's modern craft beer scene, and with the boom in the scene during the past few years, there's plenty of competition out there for these relative old-timers to deal with. 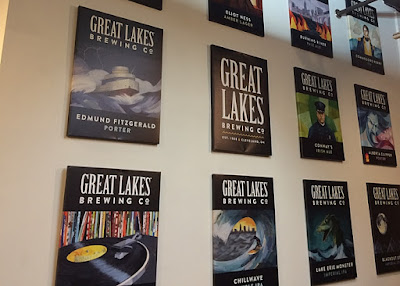 With the opening of their new production facility on Harrison Road, Columbus Brewing has taken the bull by the horns and begun bottling many of their formerly tap-only favorites like Bodhi and Creeper, a move that has been well received. They seem well positioned to eventually expand distribution throughout the state, if not beyond state lines

I sense Great Lakes is doing similar things to hang on to their Top 25 craft beer brewery status (the Brewers Association ranked the as 21st largest in 2015), as evidenced by a label refresh in 2015 and the recent announcement that this year's new Turntable Pils and four other new seasonals will be joining the roster of familiars in 2017. I look forward to checking those new offerings out. 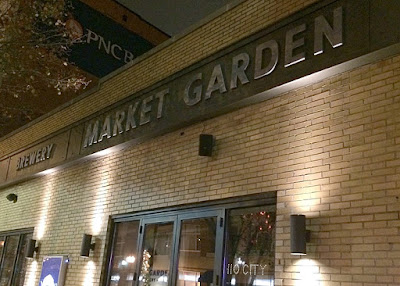 As it turned out, our curtain call this night would be at nearby Market Garden Brewery.  Opened in 2011 by Great Lakes Brewing/Dogfish Head alum Andy Tveekrem, the brewpub portion of the brewery (the substantial production facility had its grand opening only hundreds of feet away in August of this year) also had plenty of visitors this evening. In this case, however, the expansive, warehouse-styled interior space made for a less claustrophobic experience than Great Lakes. 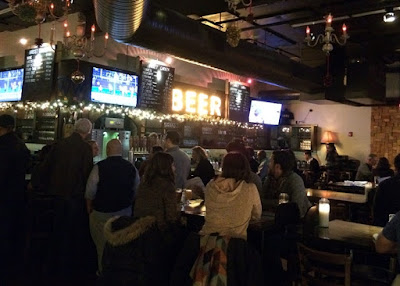 Here's where having the recent experience as a volunteer steward for breast cancer research fundraising/homebrew competition event Beer For Boobs (the local edition of which is put on by the Scioto Olentangy Darby Zymurgists (SODZ)) and tonight's chance sitting next to two experienced homebrewers (in the form of my in-laws) really enhanced the experience. In both these cases, I got to sample styles of beer I'm not generally familiar with with experienced judges, and their notes and commentary I tried to mentally absorb the best I could.

With Market Garden having 20 of their own beers on tap this night, our group had plenty to choose from and, with this our last stop, a chance to slow down and focus a bit. As it turned out, a couple didn't quite make the grade (the Echo Sierra Bravo ESB, and the Gestalt Alt for me) while others were universally well-received, such as the Cluster Fuggle IPA and Wallace Tavern Scotch Ale/Wee Heavy). It made me think that for the new year I need to grab some styles I'm not highly familiar with, pick out a couple of stellar examples to get a measuring stick, and explore from there.

While no one was hungry enough for a full dinner, Market Garden's upscale-styled appetizers proved to be perfect accompaniment. The mussels were liked by all who sampled them; being not so keen on seafood, I went instead with chicken wings. While not particularly spicy, they were well prepared with a nice crisp on the outside and juicy meat within. My spouse and I agreed the beer cheese soup, with a couple of brewery beers blended with Tillamook Cheddar, is also a winning side dish. 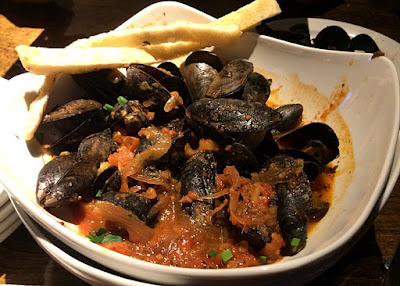 By the time we departed Cleveland, we were all a little beat but quite satisfied, very happy for the our adventures, very thankful for the safe travels, and mostly, grateful for the family time together. Suffice it to say, we were already looking forward to the third annual mead and beer tour, wherever that may lead us.