The ritual of Black Friday has become a source of tradition (or avoidance, depending on your viewpoint) for many families around the country.  While most of these experiences center around the greatest shopping bargains you can find, for my spouse's side of the family, it means a gathering of the troops for a whirlwind tour of breweries and meaderies in the area.

Last year's journeys took our collective group into the Detroit area for a sampling at places like Ferndale's Schramm's Mead and Warren's Kuhnhenn Brewing. This year, we ventured into Northeast Ohio for a whirlwind journey in and around the Cleveland area. 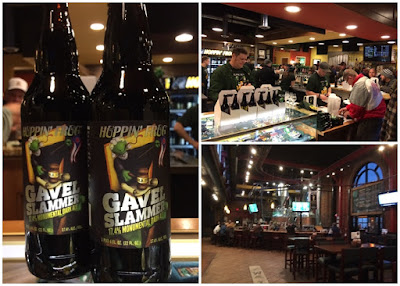 Two of our first three visits on the first half of our journey were repeat visits of area breweries that my spouse and I had made not too long ago, with a kickoff of proceedings at Akron's Hoppin' Frog Brewery and a more extensive lunch stop a few hours later at Lake County's Willoughby Brewing.

Not surprisingly, not much had really changed since we blogged about these two breweries not too long ago. However, we did want to say Hoppin' Frog's special Black Friday release, the Gavel Slammer Dark Ale (a direct reference to the measure which eliminated the ABV cap on Ohio-brewed beers) turned out to be an appropriate commemoration strictly based on its 17.4% ABV.


The fact that Gavel Slammer is very drinkable now and promises to get even better with age is like finding extra candy in your stocking at Christmas, much like the unexpected Barrel Aged Frosted Frog, perhaps the first Christmas-styled beer (a style that has not been a favorite for both my spouse and I) that I've found to be a definite return-to in the future and, again, a great candidate for aging. 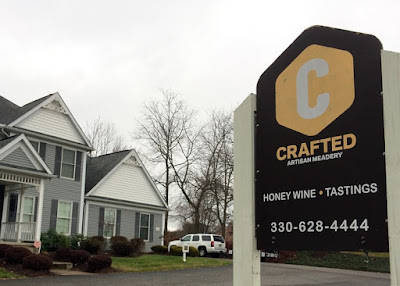 Outside of Brothers Drake in Columbus, the first Ohio-based meadery we became fans of was Canton's Meniru Meadery, owned by gynecologist Dr. Godwin Meniru. Sadly for us, this 2012-established meadery, with their Midnight Queen (a beguiling mix of black currants, black cherries, blueberries & honey) and Tej (an Ethiopian-styled mead) being some of our favorites, unexpectedly went on hiatus in 2015.

Since then, we have learned of other meaderies, including the first to establish itself in the Northeast Ohio area in Mogadore's Crafted Artisan Meadery. Our group decided to make this the second stop on our first-half of the day travels. 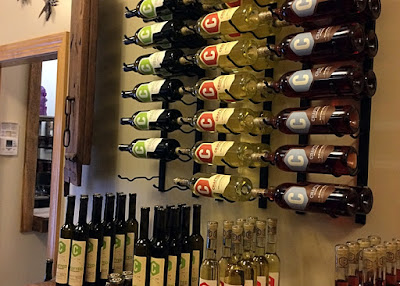 Also opened in 2012 by owner Kent Waldeck, Crafted Artisan Meadery has steadily grown in its distribution (a dozen states as of September 2016) and has picked up a few notable accolades along the way, including a gold medal in the 2014 Mazer Cup (the granddaddy of mead-making competitions) for its Pollinator, one of their first sessionable meads.

These sessionable meads, which generally feature lower ABV content and a moderate amount of carbonation than their still mead cousins, were something that we first encountered a couple years ago in the Traverse City area of Michigan with Acoustic Mead) and enjoy as nice chance of pace from the craft beer world. Earlier this year, we got to enjoy Crafted's Pollen-Nation, a hopped blackberry sessionable mead.

We found their headquarters to be a modest but very well-appointed space, with all of Crafted's still and sessionable meads, as well as honey varietals, at the ready for purchase. We had arrived a little too early for tasting room hours, but Crafted's owner Waldeck was there to give us the scoop on his operations, from current and upcoming attractions (including their "Baklava to the Future" and "You Down With CCP (coconut-creme pie)" meads as well as the mead scene in general (Waldeck believes that his business still has plenty more room to grow not only outside state lines, but within the state of Ohio itself.) 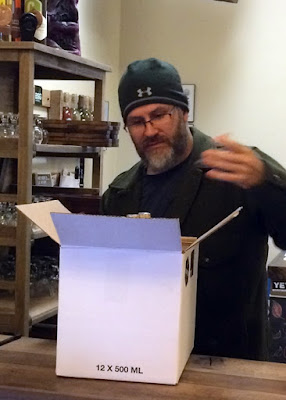 Our group all picked up several bottles of various mead varietals (one of which, an Oaked Raspberry Blossom Mead, was popped open on the weekend and enjoyed by all), and continued on our merry way.