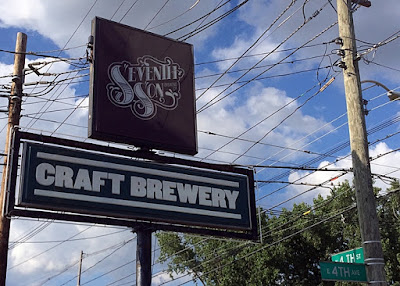 Sometimes it's easy to take something for granted, especially when there's quite a few around. Take Seventh Son Brewing, one of approximately 40 breweries dotting the Central Ohio region at this moment and participating member of the Columbus Ale Trail.

Now, most folks know that their now popular taproom at the corner of 4th Avenue and 4th Street opened up in April of 2013. What most people don't know is that this brewery was actually born in concept (in more than one way) an appropriate seven years ago in 2009,

As further detailed in this Drink Up Columbus article, Seventh Son was meant to be born as Born Brewing, a nod to one of Columbus' major pre-Prohibition brewers which operated within the city's historic Brewery District. However, a possible entanglement with one of the kings (ahem) of macro-brews related with the use of the word "born" in various advertising campaigns caused the founders to break from the plan. Luckily for them, a fortuitous brewing of their signature strong ale gave them their memorable current moniker. 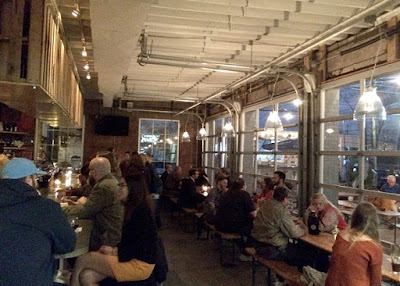 While much myth and legend is associated with the folkloric Seventh Son, the Columbus brewery version is more than happy to be associated with very good beer. Anyone who has been on Columbus Brew Adventures' tours to hear, or has had the opportunity to talk with current head brewer Colin Vent, will come to know that Vent knows what he's talking about. Thankfully for craft beer lovers, this knowledge translates into some consistently solid to just plain good beer, from their namesake strong ale, sessionables like their Hadron's Collision Table Beer, to more complex seasonals like their Oubliette Imperial Stout and Wilderman Bière de Garde. 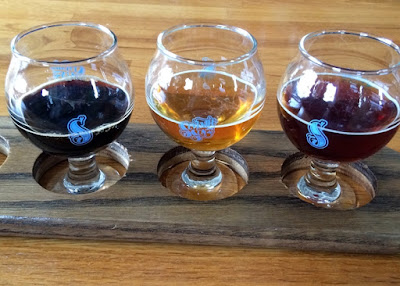 The popular notion is that breweries are a bit of a hipster magnet, and Seventh Son's location in the up and coming and highly attractive to the younger crowd Italian Village neighborhood assures that the brewery fits this stereotype more than most. The architecture of the building, with sliding garage doors and two outdoor patios, adds to the appeal. Combine this with a regular rotation of some of the best food trucks in the Columbus area and the beer itself, and Seventh Son goes transcends any "hipster hangout" labels into a place that attracts a diverse crowd. 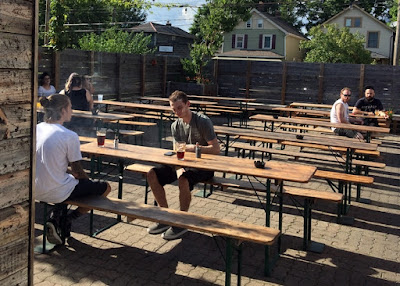 And if you're fortunate, you might meet Old Horatio, perhaps the most esteemed Assistant Manager ever to roam through an operating brewery. In fact, this staff member is considered so important, unlimited work breaks were actually written into the contract... 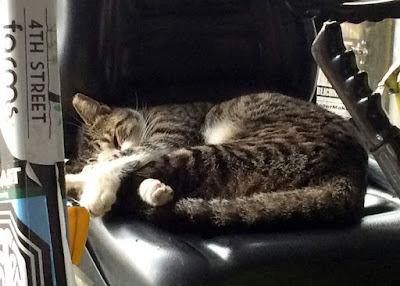