Wine Country in Recovery: Through The Valley of the Moon 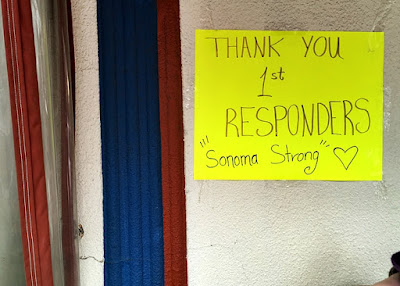 We admit, it was hard to keep our eyes on the roadway ahead of us as we made our way out of Santa Rosa down California's Highway 12, the scenic "Valley of the Moon" highway that cuts through some of the prettiest parts of Sonoma and Napa counties. The charred hillsides in the distance proved to be a consistent backdrop to be chaotic, erratic nature of the wildfires on either side of the road.

Relatively lengthy stretches of normal were interrupted by seared foliage and grasslands, or worse, a vineyard or a business blackened almost beyond recognition. Perhaps the most jarring to me of the sights I saw this day was the rubble that had been historic, century-old Stornetta Dairy complex where Napa Road and Highway 12 intersect.

While there were just over a couple dozen wineries that suffered some damage in the fires, thankfully there were few that were total losses. One that stood eye-to-eye with the flames but came out relatively unscathed was a winery we had visited and enjoyed over three years ago in Gundlach Bundschu, and we figured we'd pay them a visit to see how things were going. 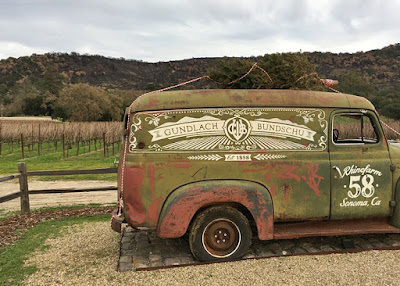 The barren hillside as we drove up was clear indication of just how close a call it had been for California's oldest family-owned winery. "Gun Bun", as the winery is affectionately called by its fans, was established in 1858 when Jacob Bundschu purchased 400 acres of land where the winery now operates and is known as much for its sustainability practices (the winery recycles where it can and uses fish-friendly agricultural methods) as much for its quality wine. 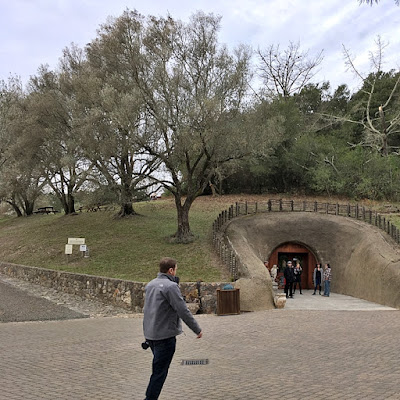 Gundlach Bundschu sports many features attractive to its customers, including a wine cave, the Donkey Bar (a casual bar space named for the winery's pet donkeys), and the sheer vineyard attraction that draws numerous wedding celebrations. For us, we popped by as we did last time to their tasting room. 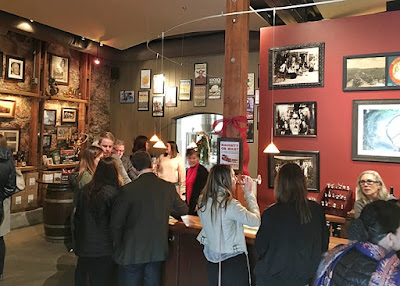 The gathered crowd was lively, and our hosts were eager to talk, both about the wine being offered as well as the wildfires. Indeed, we heard confirmation about the damage that had been done to Gun Bun, but thankfully most of the grapes had been harvested by the time the wildfires made their march and none of the existing wine had been harmed either. Reflecting their recent brush with disaster, we noticed several photos of emergency personnel blended in with the more historic photos scattered throughout the tasting room. 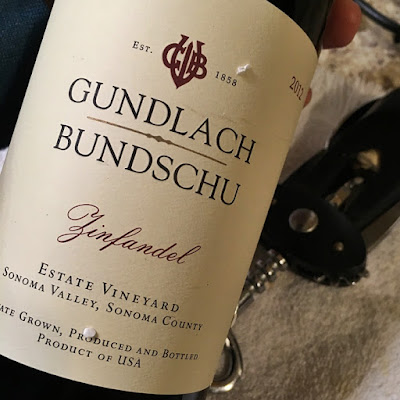 Like on our previous visit, we had a stellar tasting experience at Gun Bun, with a lot of little "bonus" tastes that ended up making the choice of what bottle to bring back with us to Ohio that much tougher. We ended up with something that wasn't on the regular tasting list in their 2012 Zinfandel as well as a request to get on their mailing list (sadly, the store that we could regularly get their wines, The Andersons, closed last year.) 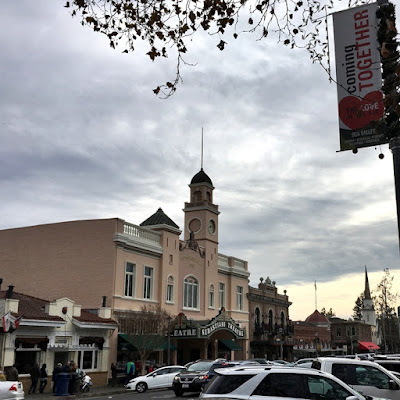 Before our trip into Gundlach Bundschu, we made a quick stop to the downtown plaza area of Sonoma. This county seat is home of the most northern Spanish Mission on the famed El Camino Real in Mission San Francisco Solano and is considered the birthplace of the wine industry in California. 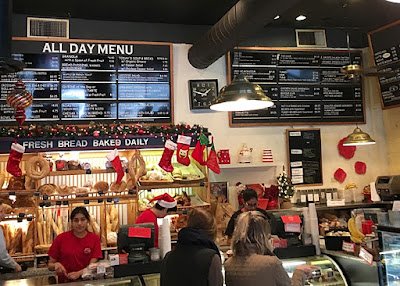 After a quick look inside the historic Sebastiani Theatre for their annual Christmas display and open house, we dropped close by at a popular destination for a quick bite right next door at the Basque Boulangerie Cafe. This is your classic workhorse eatery which is used to servicing the large crowds that circulate through this small shop with sandwiches, soups, and bakery goods with origins from the Basque regions of France. 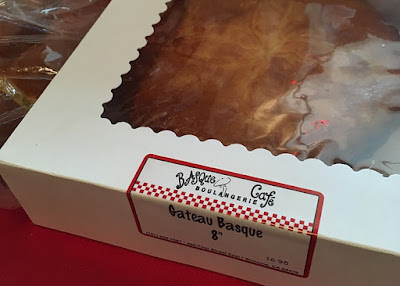 We have found it a perfect place to grab a quick bite when we're in town, and on this day, their soup of the day and accompanying baguette was just the perfect quick refueling bite.

Of course, we couldn't finish out our travels without a full meal, so we ventured to an old favorite of ours in the Fremont Diner, whose staff had wary eyes toward the north during the wildfires but was spared in the end. 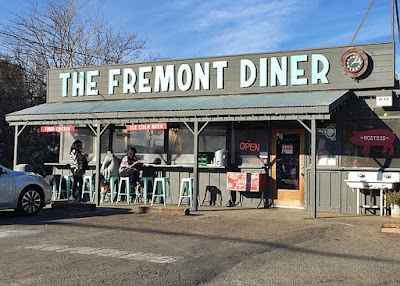 Details of our past visits to this nearly decade-old institution can be found at my blogpost from three years ago.  Like then, we wondered if things would have changed between visits, but outside of a few cosmetic changes (including some holiday-appropriate trimmings inside the covered outdoor dining tent), we can gladly say that the the ingredients that made this diner a popular destination remain. 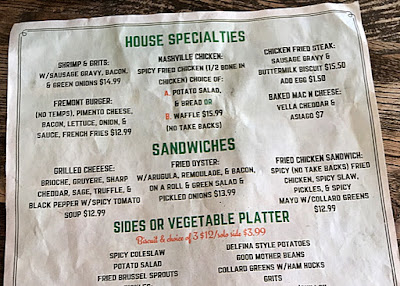 Unsurprisingly, those delicious dishes we've had many times before like the chicken dishes (both the Nashville Chicken and Fried Chicken Sandwich), those delicious breakfast Chilaquiles, or the Shrimp and Grits.  But this time, we wanted to break away from habit and went with the Fried Oyster Sandwich for my spouse and the Fremont Burger for me. 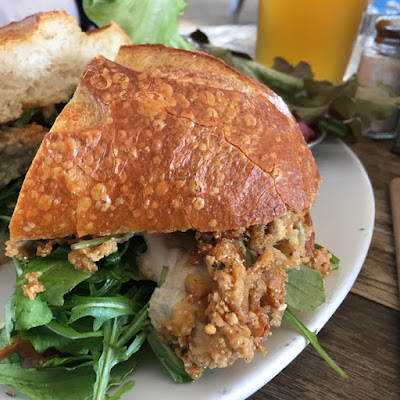 The Fried Oyster Sandwich rates as an upscale version of a po-boy, with a crunchy hoagie roll (both the burger and sandwich use rolls from Model Bakery) and fancier ingredients like remoulade and arugula. My spouse placed it on the solidly good category, with nothing wrong except that her mac and cheese and chicken sandwiches were just that much better.  For me, the Fremont Burger was just a damn good burger; a little bit more fancy than but right in the ballpark of the last great burger I had at Columbus' Ambrose and Eve.  Paired up with a couple of locally-based craft beers on draft, this trip in proved to be the delicious end through a region which is slowly but happily recovering.