Wine Country in Recovery: When You Can Beat 'Em, Cooperate 'Em to Death (Pt. 2)

Before continuing with our travels with Santa Rosa, I did want to mention perhaps the number one attraction in Santa Rosa. The Charles M. Schulz Museum and Research Center (which thankfully escape the wildfire's wrath) wasn't in the cards for a visit this time, as my spouse and I have visited here several times. However, if you're at all a fan of comics and especially a fan of the Peanuts gang, this museum is pretty much a must see if you're in the area. 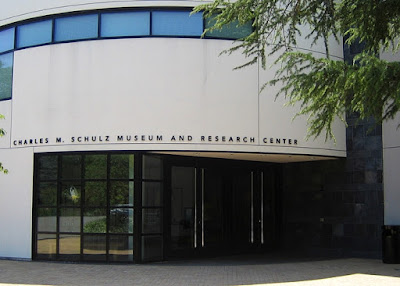 Not unlike other museums, a mix of permanent exhibits such as Peanuts Tile Mural and an area detailing Schulz's life milestones (including a re-creation of his working studio) are blended with rotating exhibitions generally based on the common themes, characters and relationships prominently displayed throughout the Peanuts series of comics. The museum acts as the anchor for the Schulz Campus, an area that also includes the Redwood Empire Ice Arena as well as the Snoopy Gallery and Gift Shop, with more Snoopy and Woodstock exhibits and an extensive gift selection. 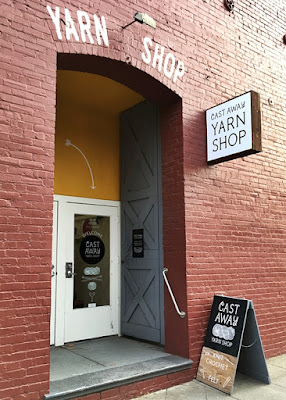 With that noted, we still managed a full day in Santa Rosa quite easily.  Finishing up the trifecta on my spouse's yarn pursuits was another shop that showed puns never go out of style in Cast Away, located in Santa Rosa's historic Railroad Square area.

Cast Away's seem to be a perfect finishing store interior-wise, blending Healdsburg's Purls of Joy (a more simple, squarish setup with basic wooden shelves) and Petaluma's Knitterly (a larger historic building with higher ceilings and brick walls).  Distinguishing this yarn shop's offerings was the collection of looms in the back for weaving classes and similar.  Again, my spouse was successful in obtaining some locally-sourced alpaca yarn and we went on our way. 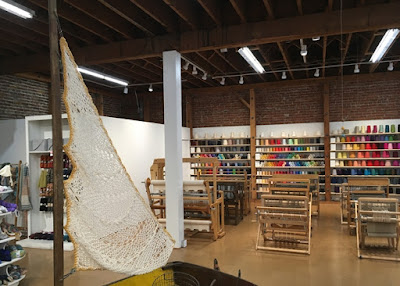 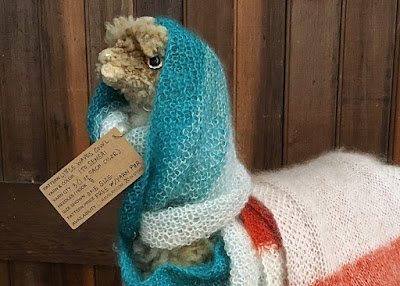 We weren't necessarily antique hunting on this trip, but it figured that city number three would bring about antique store number three in Whistle Stop Antiques, a very appropriately named store indeed (both it and Cast Away reside in Santa Rosa's historic Railroad Square neighborhood.)  Whistle Stop reminded us of stores in some of the farther reaches of Ohio we have visited such as Wooster's Uptown Downtown Antiques and Cambridge's Penny Court Antique Mall - good all around stores, with a good mix of higher quality stuff and chintz, and enough local items to give you a nice taste of the surrounding area's past. 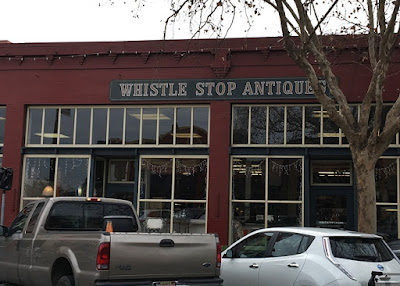 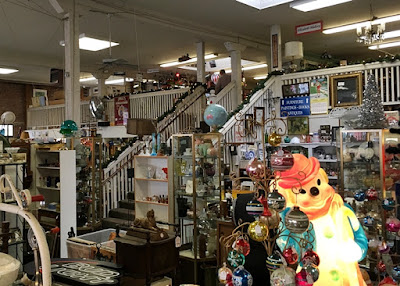 By this time, all this running around Santa Rosa had us just a little bit thirsty, so we decided to check out a relatively nano-brewery new to us in HenHouse Brewing. 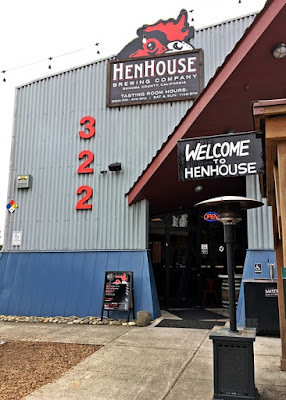 If you look at the name itself, it probably wouldn't surprise you that HenHouse Brewing got its start in the former egg capital of the world in Petaluma. HenHouse made the move up to Santa Rosa in 2016 to join the city's ruler of the roost in Russian River Brewing along with an ever increasing number of craft beer purveyors such as Third Street Aleworks, Cooperage Brewing (both of which my spouse and I have previously visit), Fogbelt Brewing and Moonlight Brewing, among others. 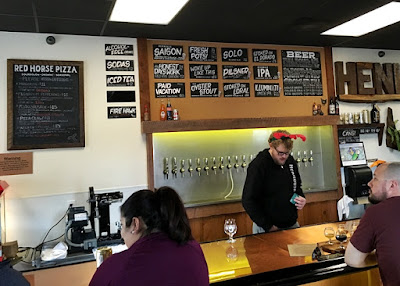 Both Cooperage and HenHouse are housed in warehouse spaces, and its no surprise that 1) both have collaborated on some brews (in this case, their version of Sonoma Pride to aid in wildfire recovery efforts) and 2) both pretty simple affairs on the inside, with HenHouse being the more intimate, cozy space with a few rustic touches vs. Cooperage's more warehouse-style feel. Popcorn is available for casual snacking, but the Red Horse Pizza food trailer, which specializes in sourdough pizza crust, was available for more hungrier folks. 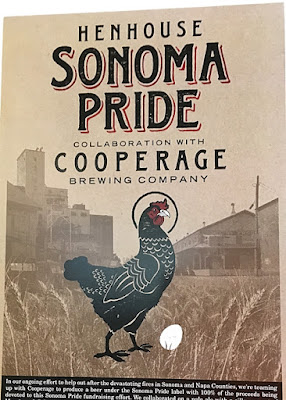 With so many breweries these days, our measuring stick has gradually evolved into the willingness to try a brewery's beers based on the ones we've selected.  In this case, it sure didn't hurt when Greg came around came by to deliver our flight and give a detailed summary of what to expect and what he particularly liked about each brew we selected.

Beer-wise, HenHouse emerged in that same ballpark as their cross-town neighbor Cooperage: the brews we sampled were well made without any noticeable defects or not-to-style aspects, all falling into the "yeah, we'd have that again" category, Their scary (to some) sounding Oyster Stout (just a hint of salty brine with the sweeter malt.) turned out to be a pleasant surprise, but our favorites probably lay in the IPAs, especially their Phantom Time (a blend of Belma, Mosaic and El Dorado hops) and their Stoked on Loral, part of their series in which they take a base beer and brew it with a single hop. 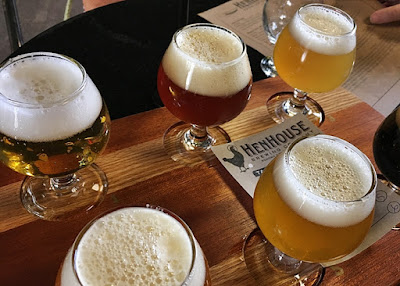 If one were to simply judge by recent expansion efforts, the area's craft scene is very healthy right now. Healdsburg's Bear Republic opened up a second location in Rohnert Park late in 2017, while Russian River's 180-seat expansion brewpub in nearby Windsor, set to open in fall of 2018, is one that is eagerly awaited by many. Meanwhile, HenHouse is going back to the source themselves, returning to their town of origin in Petaluma to open up a barrel-aged-beer facility and tasting room right next door to one of the big boys in Lagunitas Beer. Count us as interested in a revisit once the shell gets officially cracked open on their new craft beer coop.