Arcadia in the Alley: Pearl Market

While Columbus' downtown is less imposing than other downtown areas I've visited, there's more than enough concrete, asphalt and the urban jungle atmosphere around to get one's dauber down.

Thankfully, escapes from this motif are not too far away for many.  One such escape lies in the Riverfront area, where an continuing project seeks to restore greenspace along the banks of the Scioto River.  Another escape that has become a welcome ritual lies in the Pearl Market, which operates in an alleyway between Broad, High, Gay and Third Streets from mid-May through October. 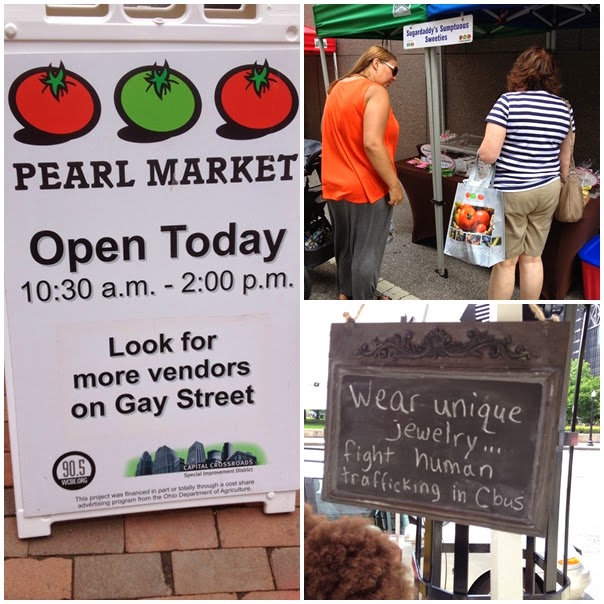 On Tuesdays and Fridays, Pearl Market sandwiches the typical lunchtime hours of downtown workers (operating hours: 10:30 AM - 2 PM.)   As a semi-regular visitor over the years, I've found the market's spectrum of vendors who regularly ply their wares here give downtown workers and visitors a solid opportunity to knock out some needed shopping before the workday ends. 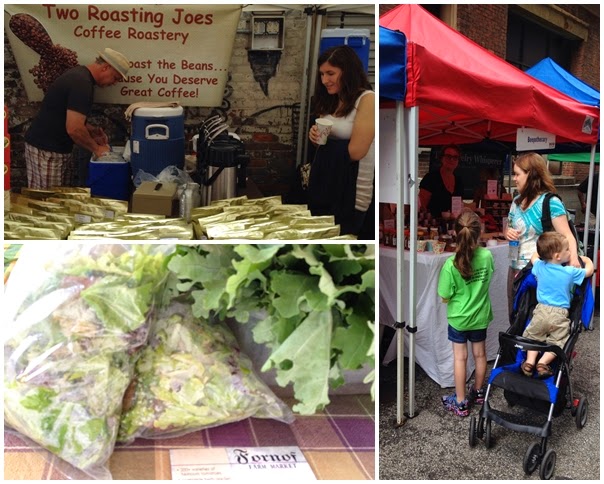 While Pearl Market is built around the shopping experience, I've found the market valuable as a mental reset as well just by the simple act of strolling around.  The cornucopia of colors and smells, mixed in with a tuneful serenade from the market's musician of the day and the general bustle of mingling people, warm up the generally unremarkable and sometimes cold-feeling backdrop of faded brick or concrete walls, rear business entrances and erratic splashes of graffiti in this alleyway. 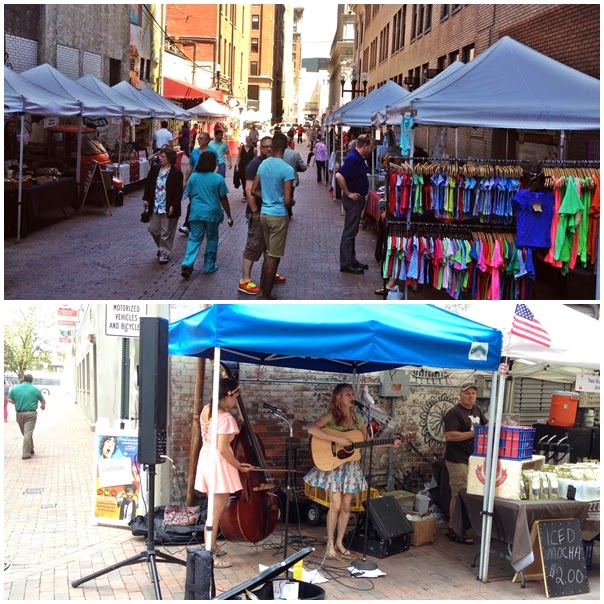 Those wanting to explore their culinary side are by no means left out.  Basics like produce, meat, eggs, bread and coffee are available to patrons; salsas, preserves and even Jeni's Ice Cream are among the food items available at this year's market.  Lunch options are also solid, with some of Columbus' more recognized food trucks (Challah, Paddy Wagon and Pitabilities) regularly setting up shop in Lynn Alley on market days; the The Good Frank hot dog cart and the Columbus Athenaeum also offer more consumer choices. Bakery-style goods also abound - I personally enjoy picking something at random from the various offerings to see what kind of magic can be created from a mixing bowl and a little oven heat. 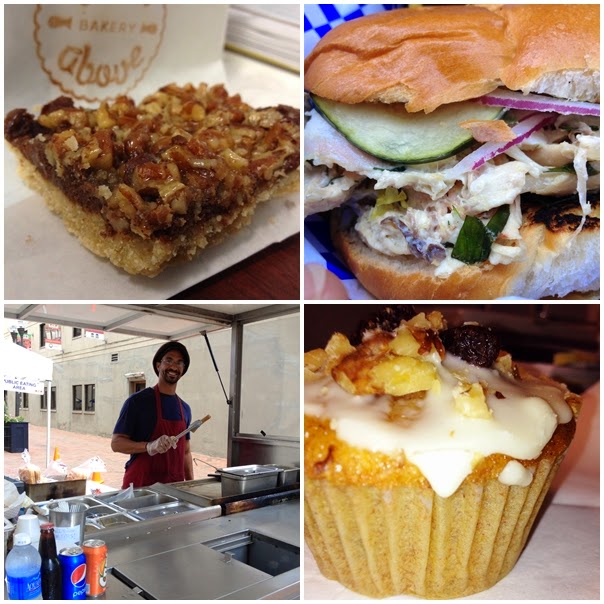 In Greece, Arcadia is a province that became associated with idyllic nature and unspoiled wilderness due to the isolating nature of its mountainous terrain.  While no one is going to ever come to think of the isolating alleyways of Downtown Columbus as anything close to unspoiled wilderness, Pearl Market in its own way hearkens back to time where life was a little less complicated and concerns were more basic. 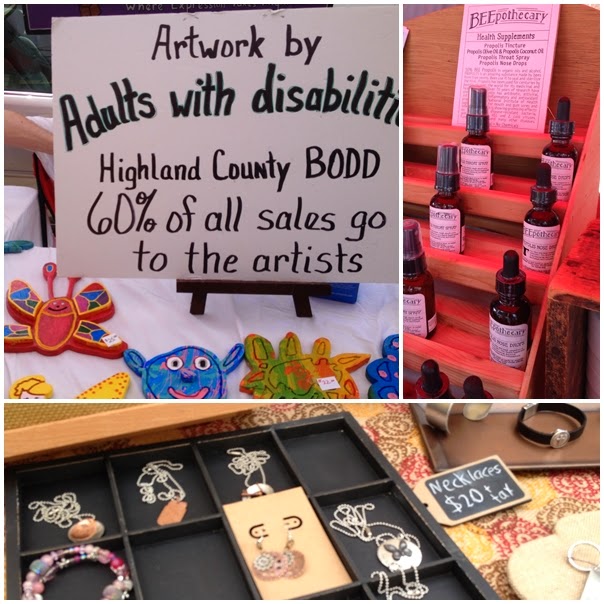