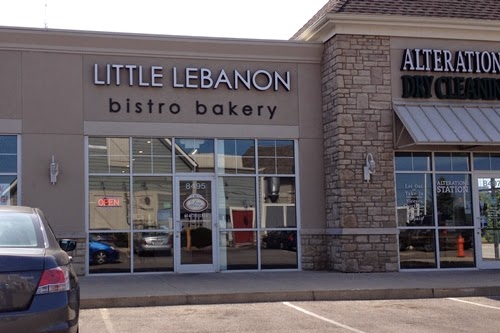 My familiarity with Arabic-Mediterranean cuisine grew substantially several years ago during a two-month work assignment in Damascus, Syria.  I had not ventured too much into that cuisine prior to my trip, but I enthusiastically dove in full bore during my stay.  From the kebabs and kibbeh, the falafel to the freekeh, and the soup to the shawerma to the sweets and so much more, I don't think I ever ate so well as I did those eight weeks or so.

I had heard through the grapevine there that the Lebanese versions of the dishes I was tasting were the gold standard for the region.  I kept that in mind when I got back to the States, but with the choices being somewhat limited I left myself open to all comers to match the tastes I had experienced.

Forward roughly five years later - I had now been living in the Columbus area for one full year and had grown very familiar with the metro area in general, as my job required a lot of travel.  A bonus point of all this travel was the opportunity to explore restaurants for lunch all over the metro area.  I was due for a trip through the Polaris business area in North Columbus when I caught a story on the local TV 10 newscast about three smash & grabs in that area.

This type of incident, while tough for any business, is especially so for one just starting like the Little Lebanon Bistro and Bakery.  This particular victim of the smash and grab incident had been only in business for one week at the time of the incident, and I could sense the frustration of the owner during his interview.

It was like all the stars had aligned for a visit.  I wanted not only to help them out by giving them some business, but also to sample and compare their wares against those that I had back in Damascus. 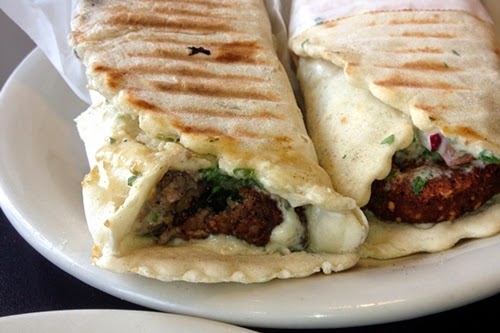 I remember my kibbeh wrap that I ordered was tasty enough, and both my spouse and I enjoyed the variety of maamoul cookies (a Lebanese shortbread with a variety of fillings) that I brought home that day for sampling.  I also had a friendly chat with the owner who had been interviewed.  He talked about the attempted burglary, how the business got started, and his Lebanese spouse, who was in the back cooking away.

Upon leaving, my impression was that while it didn't quite match what I had in Damascus, this restaurant's offerings were appetizing nonetheless and matched up favorably with similar restaurants in the area.  Little Lebanon would be worth a visit in the future...

...if they survived, that is.  The seating in the dining area was sparse, with paper cups and plastic plates for dine-in customers.  During my visit, the peak of lunchtime, only one customer had stopped by to eat.  And while the thief was unsuccessful in accessing their moneybox, the cost of cleanup, window replacement and other repairs could not have been cheap.

Forward roughly one more year - my spouse and I were looking for something different from our usual brunch spots on a trip up the Polaris area for some shopping.  My mind flashed back to my visit to Little Lebanon and I asked my spouse, "Well, how about Mediterranean?"   Before my spouse even flashed her agreement, my mind got to thinking, "Hmmm, are they still open?"

I did a quick search, and yes indeed, they had not closed.  Thus, I made my second visit to Little Lebanon.

On this visit, the main counter area seemed a little more fleshed out in its display cases of desserts and salads; this also was the case with the amount of seating in the dining area.  The menu board was now joined by a high definition TV screen, where a slideshow of what seemed to be new restaurant offerings cascaded by my eyes.  Also, silverware was evident and our order, a shawerma and falafel wrap plus two fatoush salads, came out on more standard restaurant serving plates.

My spouse and I again stuck with the simple and ordered wraps, which range between $6 to $7.  I found their version of falafel one of the better Columbus-area versions, with a nice crispy exterior and a pleasantly spiced interior.  My spouse's shawerma was also something we would order again if the mood struck us. 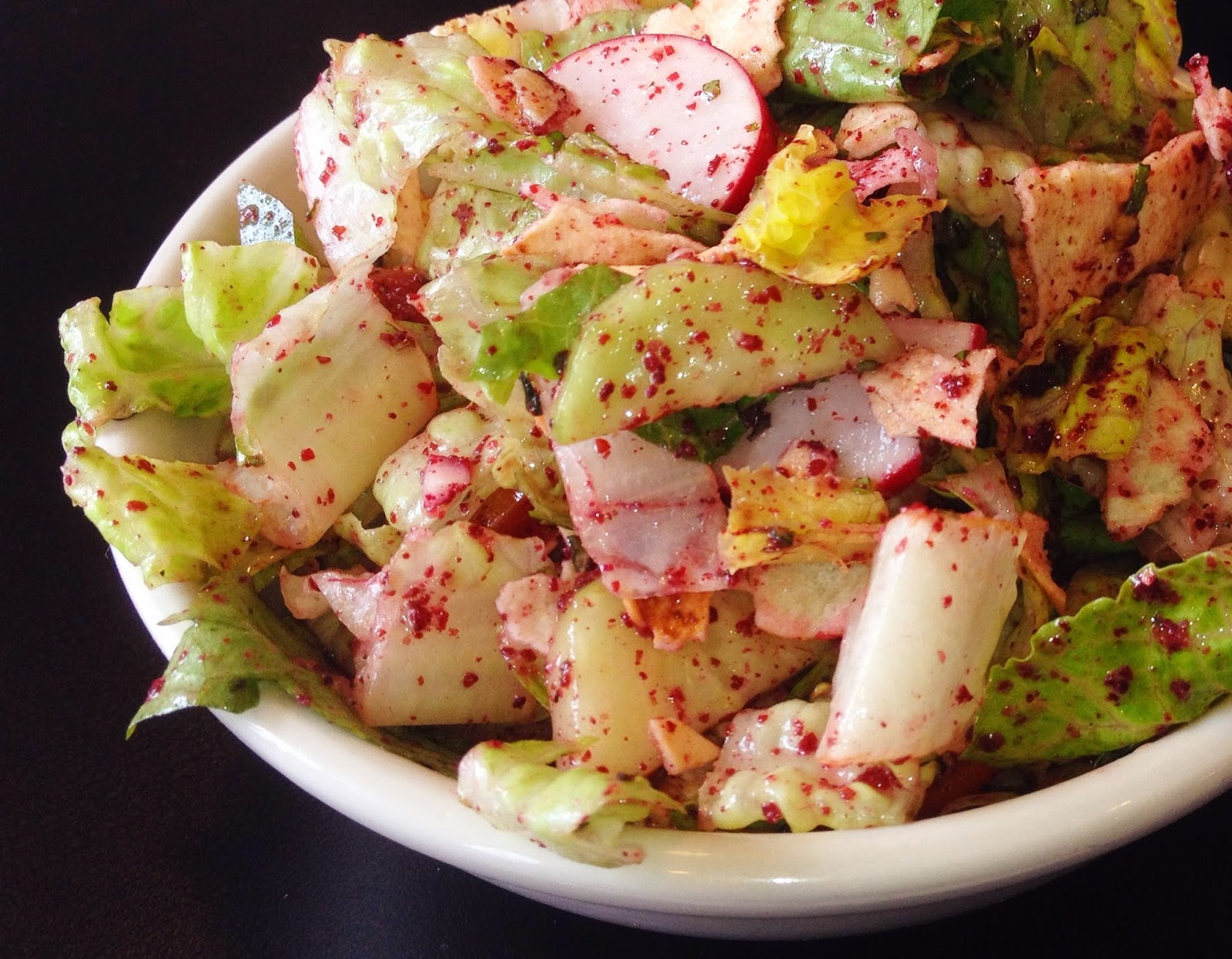 The whoa-factor for me, oddly enough, was in the fatoush, a salad that to me was typically filled with cucumber, tomatoes, mint, parsley and pita chips laced with a lemon/olive oil dressing and lots of sumac, a tangy spice omnipresent in many Mediterranean dishes.  Back in Damascus, one of my favorite and most simple meals was a fatoush salad with either a side dish of lentil soup or falafel.  I have a decent mint-heavy version of this salad I can whip up at home, but I've never been able to find a restaurant version that really hit my happy spot.  I was surprised by the presence of radishes in this version, but their crunch and tang melded well with the mix of green pepper, cucumber, mint, lettuce, and sumac-laced olive oil dressing.  This combination made this my favorite restaurant version of this salad in the States to date.

We again ordered some maamoul cookies to take home and sample.  As much of a sweet tooth as I have, I enjoy these exactly because they are not too sweet.  While we have enjoyed them all, we have found the date-filled version to be our favorite.

On this trip, we got to speak with the female half of the couple who owns the restaurant.  When I shared the story about my very first visit, she seemed to laugh and sigh at the same time as she related how close the restaurant actually was to closing.  Associates of theirs had tried convincing them to put in a dinner menu, but she and her husband resisted until it looked like the business was almost certain to close. As it turned out, she said the dinner offerings did the trick in turning things around, adding that they had just recently been able to upgrade and own some of their own restaurant equipment.

I asked her about a shirt she was wearing related to an event related to the "Be The Match" program, a cause near and dear to my heart (I was fortunate enough to have been found a match for someone in need of a marrow donation.)   She stated that a relative of hers had been diagnosed with a condition treated by donations and was doing well.  Because of this experience, she was hoping to start training to participate in their local walk/run event in the summer to further show her support for the cause.

Obviously, the scope of a business' economic survival pales in comparison to the survival of a human being over a difficult circumstances.  Nevertheless, it's encouraging to see and hear about survival in both of these instances.