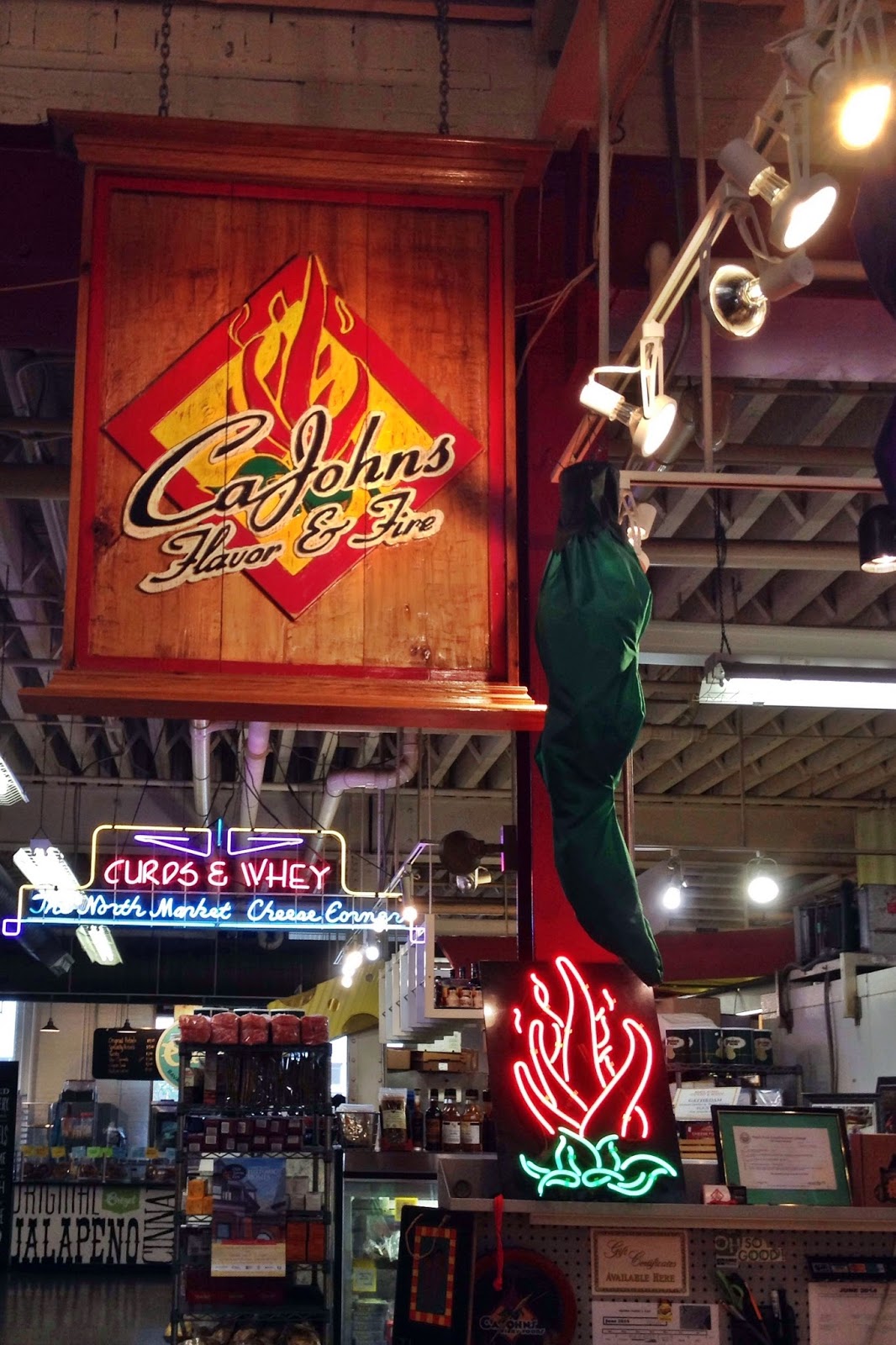 The North Market, which I first visited on my third trip ever to the Columbus-area, has become a beloved Columbus institution. I've come to find the market, which reminds me a bit of the Oxbow Public Market in Napa, California, to be a charming and welcoming place, and my spouse and I have frequented the market for shopping and various special events.

This first visit took place close to the Thanksgiving holiday, when my then-girlfriend needed to stop by the excellent Curds and Whey cheese shop to pick up some tasty contributions to her family's festivities up in Northwest Ohio.  Due to the season, vendors at the market were all pretty busy; while my spouse waited in line to be served, I decided to investigate the nearby area a bit to check out the nearby vendors. 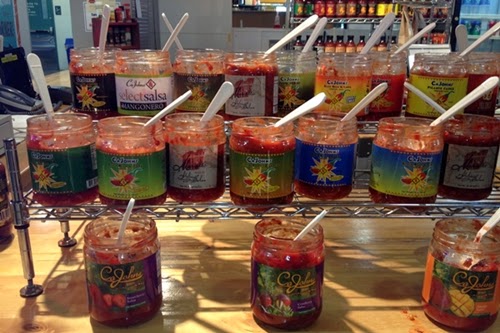 Courtesy of events like the North Market's Fiery Foods Festival and simple exploration, I've learned that Ohio overall has some several companies who turn out eminently chow-worthy hot sauces and salsas, with CaJohns proving to be an eminently reliable and tasty option.

I chose CaJohns as my first tried and true recipient not only because of their reliability, but also because I owe them a thank you.  I have heard it said that people are several times more likely to report a negative experience with a business than they are a positive one.  Well, this is my opportunity to report an experience in the latter column.

In the midst of last year's holiday season, we had bought a jar of salsa from one of favorite local product haunts, the Celebrate Local store at the Easton Shopping center to have with our dinner that night. Unfortunately, we noticed that there were signs of a possible contamination problem upon opening of the jar. We didn't know if this was an isolated incident, but we wanted to the folks at CaJohns to know about it just in case there was something more to it.

We shot them a detailed e-mail with a pictures of what were seeing, and asked whether we should go down to Celebrate Local to exchange the jar.  They got back to us promptly and apologetically, confirming that we had ended up with one of a few jars with an overfill issue and stating we could bring back the jar to wherever it was most convenient for exchange. For us, that meant a visit to the North Market.

The clerk was ready for us when we showed up for us the next night and explained the events.  Not only were we able to exchange the original jar (which is all we had really asked for), the folks at CaJohns threw in three more jars of our choice and a bag of tasty Shagbark Seed and Mill Tortilla Chips for our munching pleasure.

Thanks CaJohns - your goodwill has made an impression with us, and may have even reached farther than you think.  We ended up giving some of the jars to a friend of ours who was visiting from the Upper Midwest. I'm betting that you've earned at least one additional new fan from the Land of 10,000 Lakes.