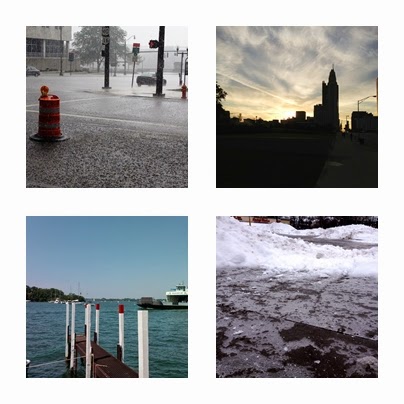 The weather of the Bay Area of Northern California pretty easy to summarize.  In terms of rain, the season usually lasts from December to April, with any snow restricted to the higher peaks like Mount Diablo in the East Bay.

Temperatures rarely fall below 30 degrees during the winter except in sheltered valleys or higher up in the hills.  In the summer, residents who don't like the temperature typically can hop a freeway and drive a dozen or so miles either way to find warmer or cooler temperatures.  Once summer temperatures settle in, they can last well into October and even into the early part of November.

And then, there is that world-famous fog, Mother Nature's natural air conditioning unit for the region.  When the interior of California heats up too much, the low pressure created from the rising air draws in this cooling cloud like clockwork to bring relief to sweltering residents.

Yes, this meteorological predictability adds to the area's attraction for many residents- and tourists-to-be.

Being a bit of a weather geek, I've found the weather pleasant but...uh, boring.

While I was long-distance dating my spouse, I had heard (or is that, warned?) about the wide swath of weather this area of the country can produce, especially the dreaded Ohio winters.  But that first winter, I started thinking people's admonitions were a bit overblown..  National Weather Service statistics for that winter showed that the Columbus metro had it's 7th warmest winter ever and snowfall did not break the one-foot mark. 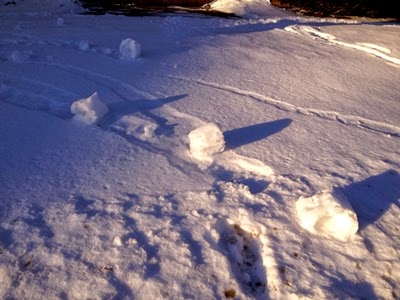 A colleague of my spouse remarked to me when I had been mentioning my first experiences with this region's weather, "No, that was not an Ohio winter."

And yes, since that rather gentle start, the weather gods of Ohio have made sure I received the all-you-can-eat buffet weather-wise.  These experiences have included, in no particular order:

My spouse has said to me that if the winter of 2014 had been my first Ohio winter, I would've called off the whole thing and gone screaming back to sunny California.