The Ice Cream Chronicles (Pt. 1): Reaching for Something Graeter's 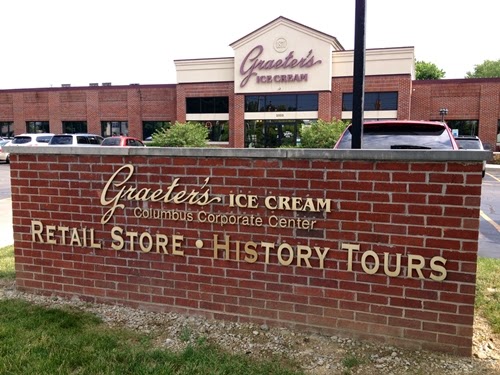 Ice cream and summer (which just arrived this weekend) are a proverbial perfect pair.  Millions if not billions of people around the world must agree, considering the total world consumption is in the billions of gallons (the average consumption in the United States alone is almost 7 gallons per person, per this visual.ly graphic.)

My first experience with Ohio as a whole was back in 2007, when I flew out to join a bunch of runner friends at the Flying Pig Marathon in Cincinnati, OH. Interestingly, this was my first experience with the Columbus metro area as well, as I was tasked with picking up my friend/hotel roommate for the weekend from the airport there.

As disastrously as that venture could have turned out (being a complete newbie to the area,) I managed to figure it all out with the assistance of another Columbus-based associate of ours.  During my brief visit with that associate before picking up my roommate, I had asked if there was something I really, really should do or try while I was here in Ohio. "Graeter's Ice Cream," they said unequivocally.

Some back story is required here.  Ice cream had been one of those things I had pretty much given up in an effort to get my weight issue in order.  Starting at the end of 2002, I had aimed for a gradual weight loss over time by combining some dietary deletions (including ice cream), portion control and an increase in physical activity.  This gradual change over time was also beneficial in that it was less of a diet plan (which implies something temporary) and more of a mental change.

I hoped that by the time what I deemed a good fighting weight, I wouldn't have to think about calorie counting or maintaining an eating diary - it would just simply be second nature.  I also came to realize that an occasional indulgence was healthy - there was no obsessing over any food to the point of binging and showed the confidence in the way I was dealing with food. 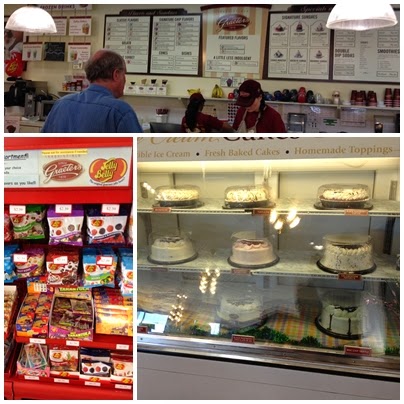 By the time I flew out to Cincinnati, I had indeed reached a good fighting weight, and yes, Graeter's would be on my seeking list.

I found a Graeter's shop near the end of my stay here in Gahanna, shortly after I dropped my run race roommate off for his flight back home, ordering two scoops (Buckeye Blitz and Butter Pecan) on a sugar cone.  It became evident quickly to me it was less the flavor (each flavor was solidly in the very good category) as much as the thick and custardy texture that drove this ice cream's appeal for me.  I learned later that this texture was due to their use of the "French Pot" process, which creates ice cream two gallons at a time and requires a high amount of manual labor to stir and then pack the finish product. This latter aspect tends to make Graeter's more expensive than other larger-production ice cream brands.

Since that first trip out, my Columbus experiences have led me to like a certain area ice cream vendor (yes, you know who - more on that on a future post) just a little bit better.  And it's not like I haven't eaten any Graeter's scoops or pints since I've been here either.   I did realize, however, that I hadn't really done a true, careful tasting of any of their products since that very first sampling seven years ago.

To rectify this, I recently dropped by the store on Bethel Road (their Columbus Corporate Center - they have nine other retail locations scattered around the Columbus metro area.)  I simply wanted a scoop of butter pecan, just like seven years ago, but after asking if I was eating in, the server asked if I wanted an additional scoop for just 50 cents more.

Well, geez, twist my arm already...okay, add a peach scoop to that order. 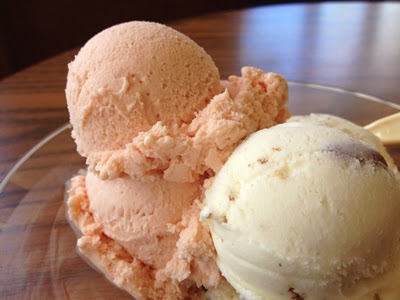 I went to sit down and slowly savor my newly acquired indulgences.  I started with the butter pecan: nice chunks of pecan surrounded by a ice cream base with just the very faintest hint of butter.  And yes, there was that custardy, thick texture - this butter pecan was that same very good as it ever was.

The peach flavor, on the other hand, was new for me.  The custardy texture was less evident with this ice cream; I think that is a bonus here, whether that is the natural outcome of production or done intentionally.  The peach flavor was solidly there but not overwhelming; occasional chunks of the fruit reminded you that this wasn't anything artificial.

I glanced around the store, turning my attention between spoonfuls to the special co-branded Jelly Belly jellybean stand, the cases of pre-packaged pints and ice cream cakes, the line of customers itself, and then finally all the smiling kids. Many were hanging around tables setup for birthday celebrations, while others happily cavorting around the special indoor playground area, or talking up their parents at scattered tables around me.  That's when I had my revelation.

For me, I think Graeter's best aspect for me is how it appeals to the kid in me, the "Oooh, yeah, can we go there, Dad? Can we? Can We?" drive that every child has.  If I had a dream place I wanted to grab a banana split sundae, or slurp down a big old milk shake with family or friends, Graeter's is the kind of place I'd go.