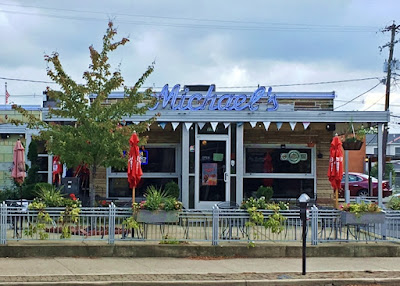 As time goes on, Michael's Goody Boy Diner looks more and more out of place in its Short North Arts District locale. Interestingly, this aspect has over time made me ignore this eatery, which first opened up in 1947. It doesn't help that the general mindset for many (including me) is always geared to spotting what's new in this neighborhood versus what's already there.  Still, I suppose it was only a matter of time before we recognized its presence at the same time we were going out for our usual brunch shenanigans. 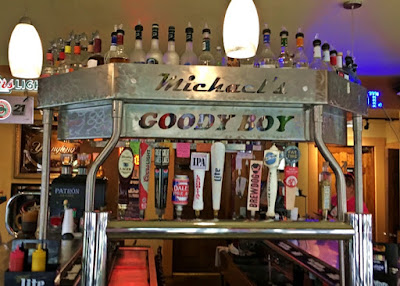 The current restaurant retains some of the hints of what was, but much of the space has been refurbished. Current owner Jimmy Velio (who owns several other area restaurants, including the Westerville Grill) put in extensive and costly renovations when the eatery closed in May 2009, freshening up the exterior and adding patio dining space, as well as quintupling the interior seating capacity. Perhaps most importantly, the iconic sign, which was well worn and had lost its neon light tubes near the end of the restaurant's initial run, was restored to its former glowing self, lighting its surroundings as night falls since the diner's reopening in October 2011. 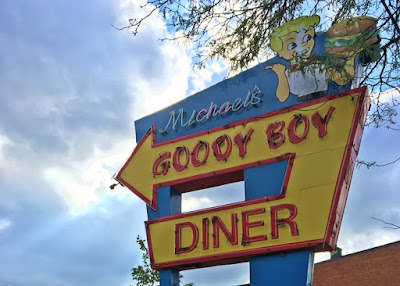 Despite the presence of a Westerville Grill omelet on its menu, Michael's Goody Boy offers more selections and a little more sass than its cousin, including their rendition of a Juicy Lucy (a staple Minnesota-area burger), a Prime Rib Sub Sandwich, and Albanian Linguini (featuring onions, olives, spinach, tomatoes and feta.)  These items alone make us want to stop by sometime down the road for a second go around.

Another one of those sassy items sounded weirdly intriguing and happily worked: The Nutter Burger, with a jalapenos, bacon, onions, and peanut butter and jelly sounded like it could be a disaster flavor-wise, but it had a lovely blend of heat, crunch, sweet and savory that we would order again. 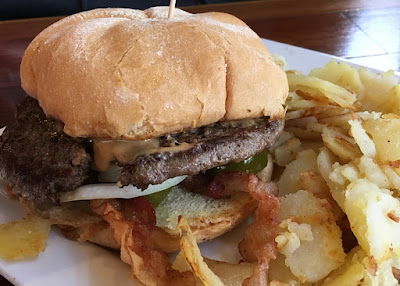 The Breakfast Hot Dog is a great concept (essentially a breakfast sandwich with a wiener and hot dog bun), but it needed something to make it pop, like a splash of hot sauce. The bacon crumbles added a welcomed element of crispiness to the mix, but an additional crispy element would've been nice too, perhaps crispy hash browns or even tater tots versus the home fries topped off this dish.

As it turns out, Harlan Howard, who has owned the business since the 1970s, still runs an efficient operation within his Tremont Center eatery.  Once inside, one can easily see that Chef-O-Nette barely needs to lift a finger to tout its retro vibe, from its old-school light fixtures to its bump-out counters (perfect for doing the decidedly out-of-date ritual of reading a newspaper over breakfast); vintage restaurant commendations and handwritten elementary school kid kudos; candy and sweets at the cash register; and perhaps more Formica and wooden lattice work than might exist at all neighboring eateries within a five mile radius combined. 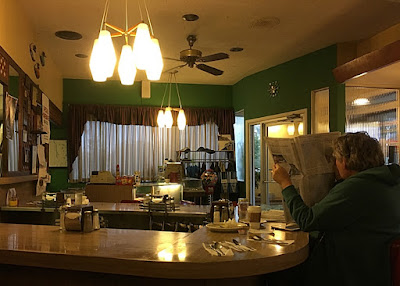 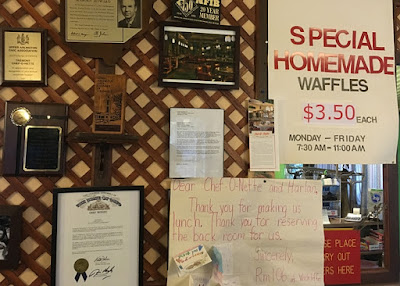 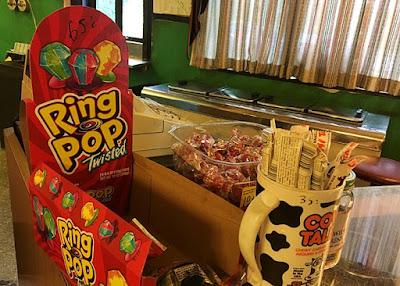 Chef-O-Nette features both a breakfast and lunch/dinner menu, both of which sport the same vintage graphic (my guess is it originated sometime in the 1970s and has been reused ever since to account for price changes) on its cover. 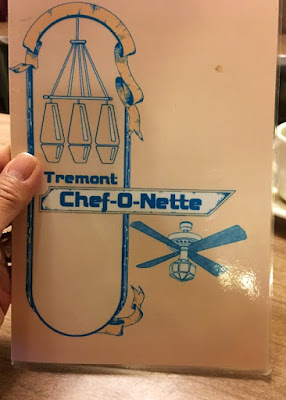 The menu is decidedly retro and simple as well: save for the Cereal and Milk option and the Ham & Cheese Omelette, diners can mix and match the breakfast basics (eggs, pancakes, french toast, the big three proteins (bacon, sausage and ham), home fries and either toast or a bagel) to their liking. Add in a base beverage (coffee, tea, juice, milk or chocolate milk) and you've got yourself a breakfast.

We have visited restaurants geared toward an older crowd where the food comes out on the bland side, but that is not the case with Chef-O-Nette. The food was seasoned just right, and there were subtle hints of a veteran hand manning the griddle, as exampled by the Home Fries. While the exterior of these potatoes weren't as uniformly crispy as we might like, the potatoes were cooked completely through, giving them a nicely fluffy texture throughout.

Perhaps unsurprisingly, service at both places was quite friendly. Our server at Chef-O-Nette noted how slow this day was, and likewise how business has slowed down over the years, mainly due to the now erratic start times of Ohio State Buckeye football games.  When games were scheduled uniformly at the traditional 12 noon start time, people would cram into the eatery for a good hearty breakfast beforehand and/or come by afterward for a celebratory dinner.

While that isn't good news on the economic front, it does mean those who don't want to deal with crowds have a much better chance of grabbing a seat at this totally unpretentious and genuine blast from the past dining experience. You might even give their signature dish, the Hangover Burger (named for the slice of grilled ham that hangs over the beef patty) paired up with a milkshake or malt a shot, or go for the full belly with a Ground Sirloin, Chicken Parmigiana, or Jumbo Shrimp.  No matter what you choose, you'll almost certainly cook it for you with a smile.