This well-known line from Charles Dickens' "A Tale of Two Cities" could easily apply to one our early favorite places for brunch after moving to the Buckeye State. Westerville's The Best Breakfast & Sandwiches, which featuring some of the best fresh corned beef hash in the area, special in-house hot sauces manufactured by local all-things-spicy gurus CaJohn's, plentiful portions, and some of the better diner-level coffee you can ever hope to get, proved to be a regular destination spot for us and many other locals.

Alas, an ownership change in 2014 brought warning signs via social media reviews that the place wasn't quite what it was. Indeed, our visits were a mixed bag - the corned beef hash was still good, but the portions seemed just a touch smaller, the service just a bit more scattershot and the coffee was on the weak side of the diner coffee ledger. We hoped that the eatery would find its footing again, but alas, The BB&S bit the dust officially summer of this year.

That begged the question: when we were in the area, where do we go when we want a good hearty diner-style meal?  What follows is a tale of two diners... 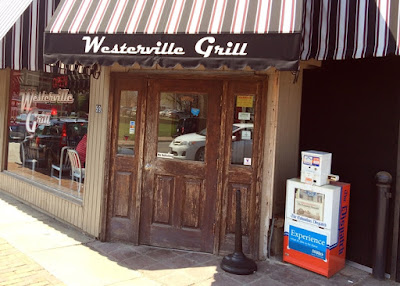 The dapper exterior of the Westerville Grill fits in seamlessly within the city's prim and historic Uptown District. Founded by Chef Rick Stevens in 2010 as a take on the original Westerville Grille (which closed its doors in 2007), this diner-styled eatery keeps that dapper vibe into its interior, with clean, shiny 1950s accents and an outdoor patio area. On any given day, one can find a fairly diverse blend of local residents mixed in with those in for some Uptown shopping, sprinkled liberally with students from nearby Otterbein University grabbing a break from their studies. 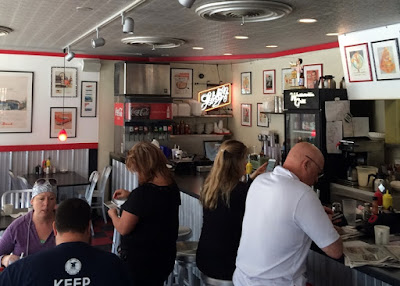 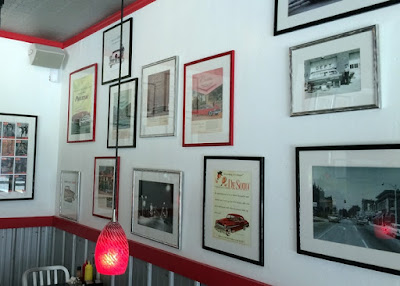 Meanwhile, not too far away (in fact, roughly 3 miles as the crow flies,) Fitzy's Old-Fashioned Diner cranks away 24/7 in a non-descript strip mall on Schrock Road. 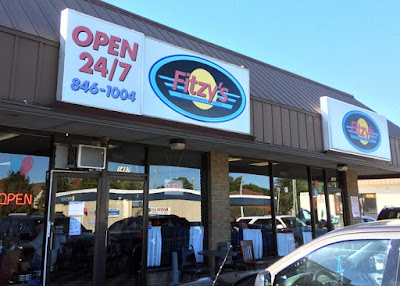 The term "greasy spoon" can be something either derogatory or endearing. When it comes to Fitzy's, which has operated in its current form since 2000, it only takes a few minutes inside to realize that they embrace this term with gusto. Everything from the floor tile to the little bits of memorabilia that dot the walls to the big industrial grill has a well-worn look to it without feeling shopworn. The eatery receives a steady stream of diners, from highway workers picking up a big brunch order, and numerous regulars, many of whom like to perch themselves at the counter and engage in playful give and take with the folks manning the grill or the waitstaff. 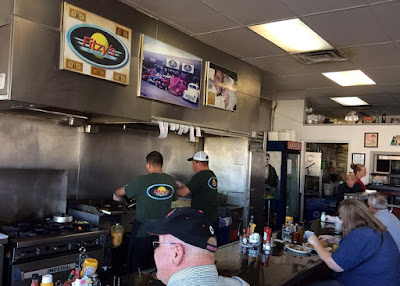 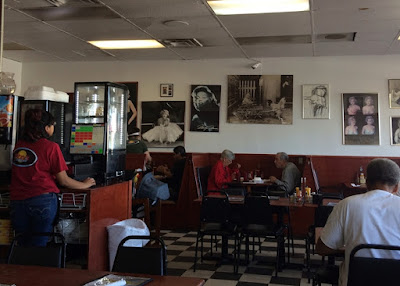 Obviously, diner-style food rules at both of these establishments, with Westerville Grill trending a touch more sophisticated with menu items like Blackened Tilapia and Chicken Pesto, plus a few craft beer selections. For us, the items we've had from the Monte Cristo Sandwich to the French Toast have proven to be solid fare, with a thumbs-up to the corned beef hash. Westerville Grill's version might be just a hair below the version put out by Best Breakfast, but it's more than good enough for automatic consideration on future visits. 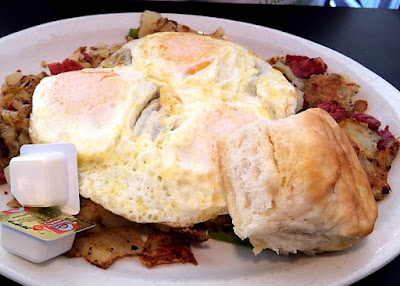 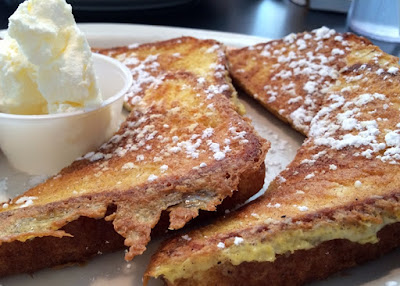 Bonus points go toward dessert, where a selection of baked goodness from long-time local purveyor Just Pies can finish off your meal. 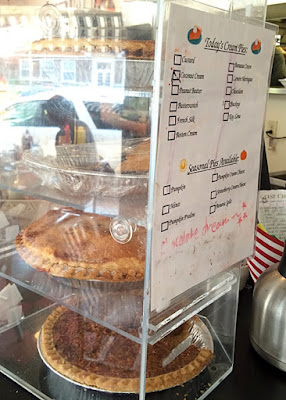 On the other hand, Fitzy's doesn't bother with that fancier stuff, and that's perfectly fine by us. In fact, there's something reassuring about seeing Bacon Gravy highlighted on the special board as opposed to the other components such as eggs and homefries.

The bigger the appetite, the better with Fitzy's, with such items like pancakes "as big as hubcaps", meatloaf ("two thick slabs" worth) and so-called "Slamwiches" (while over 20 variations are listed, the menu welcomes creativity in fashioning your own construct. 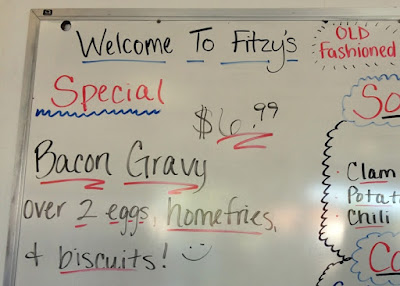 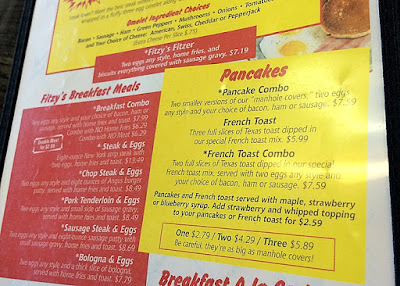 Both my spouse's Biscuits & (Sausage) Gravy  and my Bologna & Eggs were well made, with a little leaning toward the salty (though not overbearingly so.) Paired up with some very good home fries (alternatingly crispy and fluffy) and really good diner-level coffee, we were too stuffed to venture an attempt at the various cakes they had advertised on the specials board.  Perhaps next time (and yes, there will be a next time...)