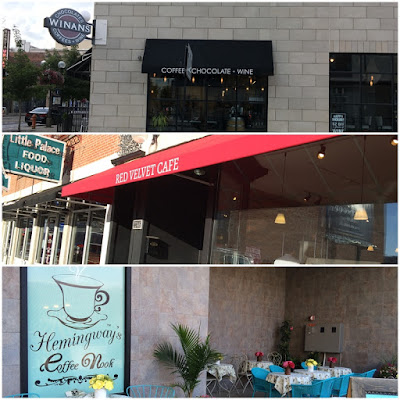 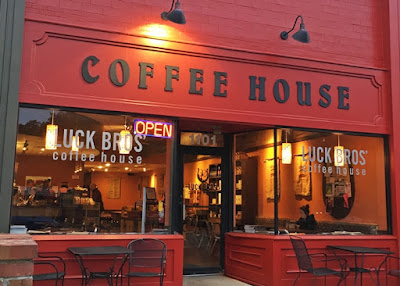 While most might think Luck Bros Coffee House refers to Andy and Ed, who opened the shop in 2006, the name actually refers to previous generations, when their grandfather and his brother opened up their venture in Akron decades prior. Currently, the cafe is an Andy Luck affair, as Ed left the shop to raise a family/try and make good on his grad degree. 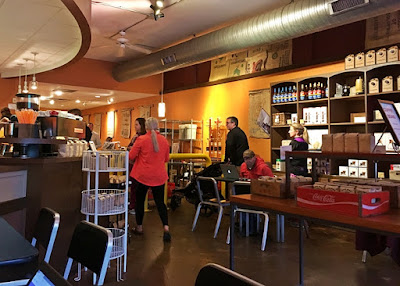 In many ways, Luck Bros blends elements that mark each of their Grandview area brethren, with a bit of the homespun feel and size of Grandview Grind, but both the practical side (with in-house coffee roasting machine and roasted beans, as well as coffee brewing supplies) and cool/hip factor (the Kyoto cold coffee setup and vinyl record component system) that Stauf's brings to the show. 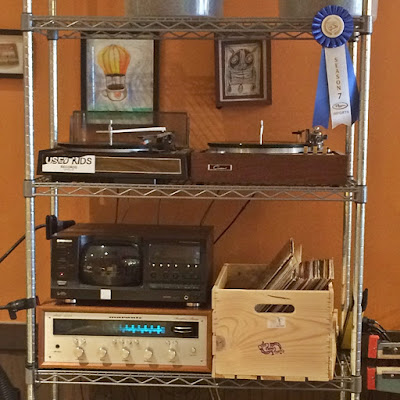 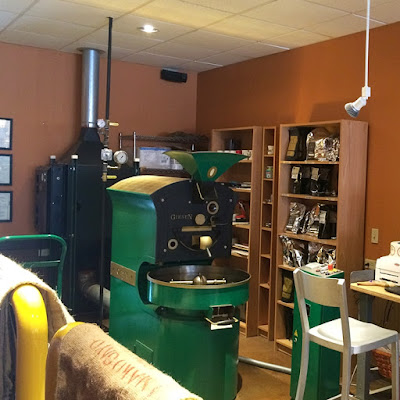 Unsurprisingly, Luck Bros has all the third-wave coffee creations you could want, with my favorites being their Iced Vietnamese Latte and their base espresso shots. The food options have evolved over time, however. Initially, the main food item available at the coffee house was their Breakfast Bake, a delicious blend of eggs, kielbasa, potatoes and cheese that on occasion was an equal if not more of a draw than the coffee on some mornings.

The Bake, alas, is no longer offered in house (the recipe is still available online), but has been replaced by baked goods from some of the area's best. While I've had eats from all of their providers, including Destination Donuts, Sammy's Bagels, and Purple Sage Bakery, it is Pâtisserie Lallier's goods that I generally lean toward.  I'm used to having the latter's goods in plastic packaging, so it was a pleasure to have a flaky, baked-that-morning cinnamon breakfast roll on my last visit. 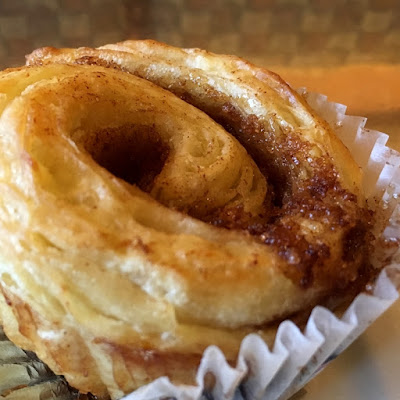 One aspect that endears Luck Bros to me is Andy's general philosophy about coffee, which we first discovered during the excellent Coffee Tour that Columbus Food Adventures hosts on a regular basis. While Luck would love for folks to learn to appreciate the finer aspects of a well-brewed cup of coffee, there are people out there who are either perfectly fine with an "ordinary" cup of coffee, or can't afford super-fancy equipment.  For those folks, he is more than happy to recommend how to best maximize the flavor you get out of your coffee, no matter what the method. 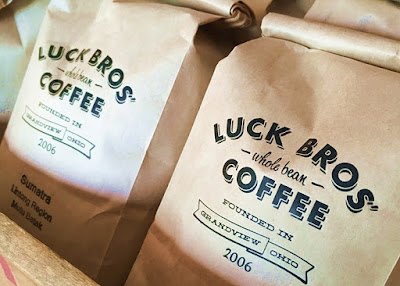 Of course, it most definitely wouldn't hurt to grab a bag or two of this cafe's own roasted coffee for your own home java brewing.  In this case, leaving things up to Luck would be a preferable choice.