Chances are if you're driving through here, you'll pass through the proclaimed "Walleye Capital of The World" in Port Clinton, Ohio. Lest you think that nickname is just a cute saying, community members back that up annually when they brave often windy and frigid temperatures on New Year's Eve to experience the Walleye Drop, a tradition that celebrates its 20th anniversary this year.  But that's not all this town of just under 6,000 has to offer the visitor though, as we found out recently.


As I found out, roadside cheese shops are a pretty big deal in Ohio. Many I know have extolled the virtues of Grandpa's Cheesebarn (a pleasure I have not indulged in yet); others mentioned to me reside in the heart of Amish country such as Heini's Cheese Chalet and Guggisberg. It seemed like I had been missing out every time the subject has come up, so I was pretty happy to hear that Port Clinton had a similar institution of their own in CheeseHaven. 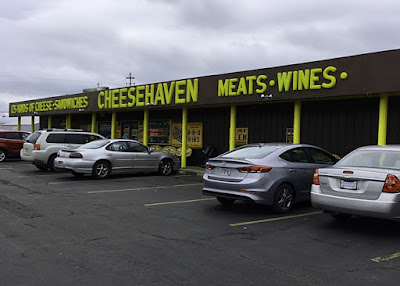 Run by the Brassel Family for nearly 70 years, CheeseHaven relocated to its current space at the intersection of Route 163 and Route 53 back in 1989.  The huge, blocky yellow letters touting the store's wares are hard to miss from the neighboring roads. 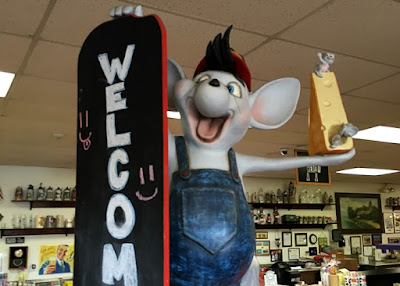 A large sign- and cheese-touting mouse (with even tinier mice seen from the cheese block it is hoisting) greets you as you enter CheeseHaven. While this is perhaps the most prominent statue inside the shop, it is by no means the only one.

Inside, you'll find a cornucopia of packaged foods, nostalgic candy and house-made flavored popcorn, possibly useful and occasionally corny utility items (Grape Lights, anyone?), and a decent selection of beverages, especially local-based Ohio wines. In reality, much of the fun and novelty is in the act of wandering, especially when you thrown in the random assorted array of tchotchkes and other eye-candy scattered throughout the shop. 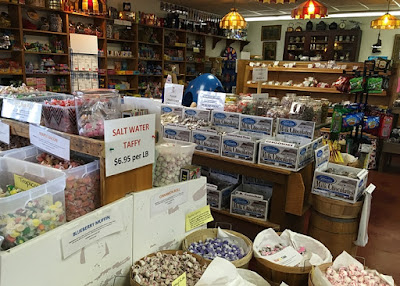 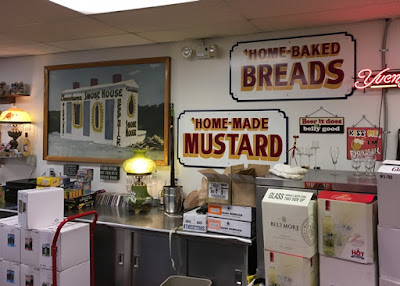 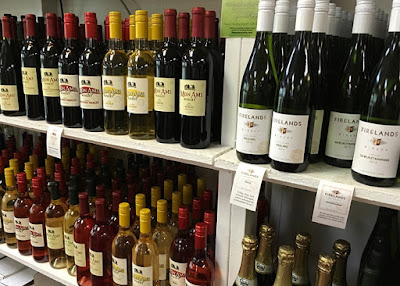 And, oh yeah, there's cheese, plenty of cheese - CheeseHaven, which became renowned for its Swiss Cheese initially, touts over 150 varieties on its website. Again, the fun is in sliding by their numerous cases and seeing if anything tickles your cheesy fancy. 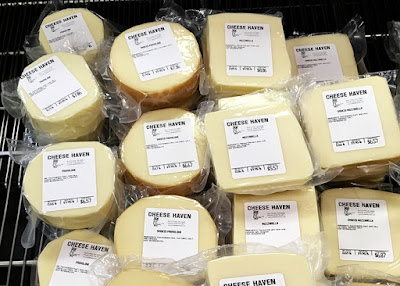 As many people know, cheese pairs up quite well with beer, and Port Clinton has a perfect option available in the newly opened Twin Oast Brewing. 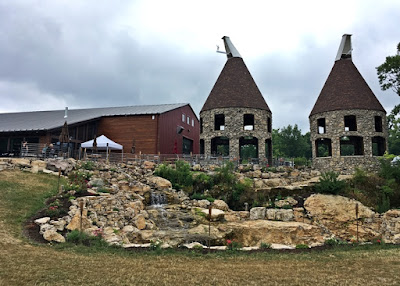 Aside from Lancaster's Rockmill Brewery, Twin Oast (which opened its doors to the public in May of this year) be the most eye-catching Ohio brewery in a rustic setting out there. The farm and fruit orchard and ample greenery that greets you as you enter the property does little to prepare you for the striking nature of the back side of this 60-acre plot of land.

Two oasts (buildings which historically have been used in England to dry hops), built from stone excavated from the property, provide a striking backdrop for the natural cave and waterfall feature that extends northward toward the lake and Put-In-Bay beyond. Down below, you can see a performance stage (which has had a projection TV added on as football season arrives) 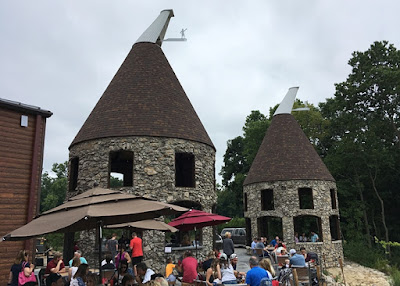 Those same oasts (which are equipped with an outdoor bar and a fire pit, respectively) provide a great, scenic venue for enjoying some food and brews. The interior is actually nice in its own right, but when weather is nice, the outdoors is the place to be.  It was quite easy to see us hanging out here for a couple lazy hours or three. 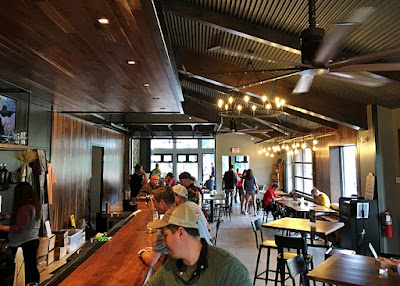 When in Port Clinton, you've gotta' have some fried Lake Erie fish, right?  True to form, Twin Oast's kitchen sports a couple of Perch options along with familiar pub-style menu items. Our perch dishes (my spouse Perch Tacos and I the Perch Sandwich) were fried up just right and proved nicely filling. 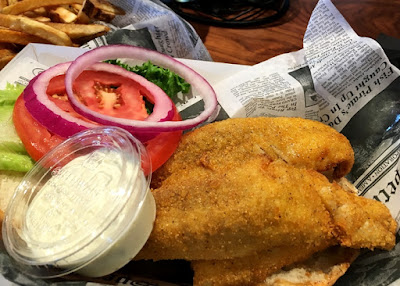 The brews we sampled on this day fell into that big central portion of the beer bell curve - nothing too challenging style-wise, and all solid representations with no noticeable problems with carbonation, off-flavors or mouthfeel.  As noted in this interview with the Akron Beacon-Journal's Rick Armon, co-founder Cory Smith says plans are in the works to use some of their farm wares in some fruited sours, so it seems that things can only go up from here on the beer side.