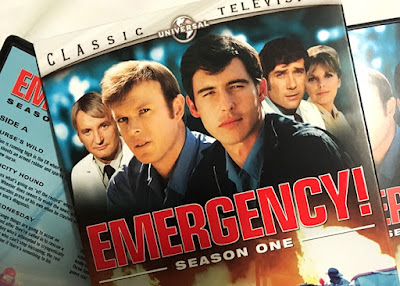 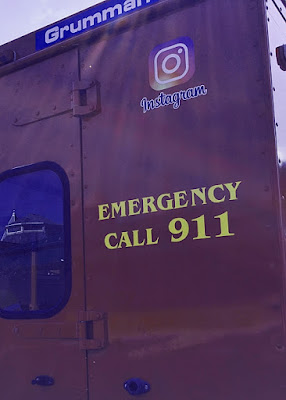 If one were to walk out of the Family Video store in downtown Bucyrus, one might be confused by the bright red truck parked out front. It most certainly looks like an emergency vehicle (the "Call 911" label is still prominent), but the Instagram logo is a big sign this vehicle won't be answering any true lives-in-jeopardy distress calls.  Circling farther around the truck, however, adds confirmation that your quest for ice cream fulfillment is at hand. 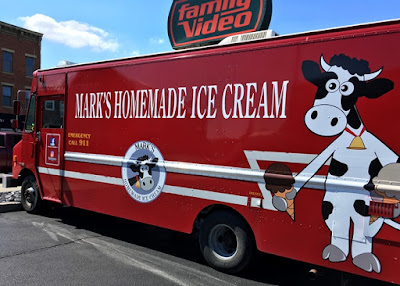 The truck that would become the original home of Mark's Homemade Ice Cream came mainly from two sources. First and foremost resided in a longstanding Pfeifer family tradition of creating homemade ice cream over multiple family generations (the company's namesake Mark founded the company, also an assuredly family affair, in 2016.)

The second factor developed with the late 2016 retirement of Holmes Township Volunteer Fire Department Truck 275, an equipment vehicle which had served its purpose well but was no longer required. Mark's dad thought the truck would be a perfect, uh, vehicle, to host the ice cream venture, and convinced county trustees to sell it to the family.

Several months of refitting the vehicle (again, an all-around family effort) resulted in the eye-catching four-wheeled distributor of churned frozen delight, adorned with its distinctively goofy but charming cow logo. Not stopping there, the company added a similar second truck, purchased from a construction company, earlier this year. 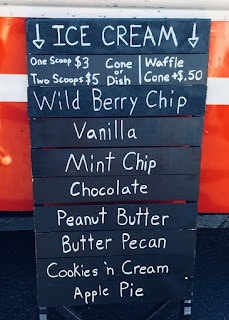 On the day of our visit, my spouse and I were hosting a guest from out of town, and we were all in the mood for a little cooling off by the time we rolled into town.  The flavor list we perused was quite compact: we were informed that everything is made in small batches and that the flavors are targeted to a select few as a way to keep quality high. 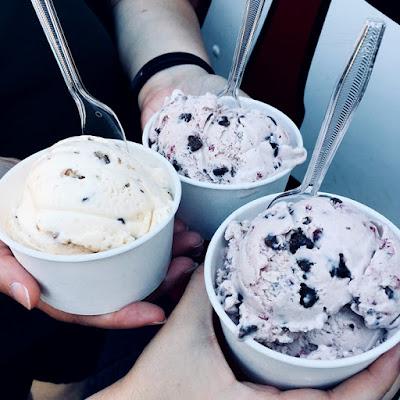 Unsurprisingly, I opted for my favorite Butter Pecan, while my companions both opted for the Wild Berry Chip.  Our dips were the perfect antidote for the heat, sporting good flavor all around and a texture that reminded me of the scoops we've bought from Youngstown-based Handel's Ice Cream.

While Mark's Homemade Ice Cream makes appearances at events around the surrounding area, they are more often than not holding court at the video store.  If you're in the area, they're more than worth a stop by, and it wouldn't be too much of an effort to tote a scoop or two from Mark's to get a closer look at the striking, hard-to-miss murals from artist Eric Grohe.