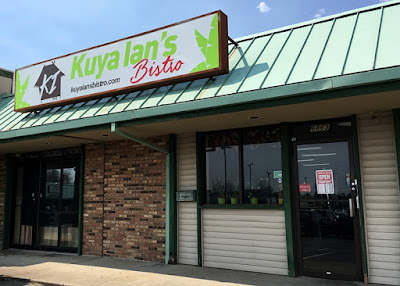 Kuya Ian's Bistro has been chugging along for just over a year in a fairly non-descript area (a strip mall near the corner of Cleveland Avenue and Schrock Road just north of 270.)  With road construction in the area the past several months, it's easy to miss the entrance closest to the restaurant. 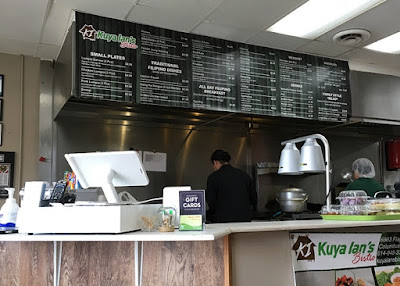 One reason why this eatery reminds me of back home is the setup: Kuya Ian's is not unlike many of the small Filipino turo turo restaurants you find scattered through the Bay Area, where one can just point out the menu items they want on a buffet-styled setup. In Kuya Ian's case, the turo turo buffet option is available on Sundays. On days when I've visited, there's been a fair number of take out orders going out the door. 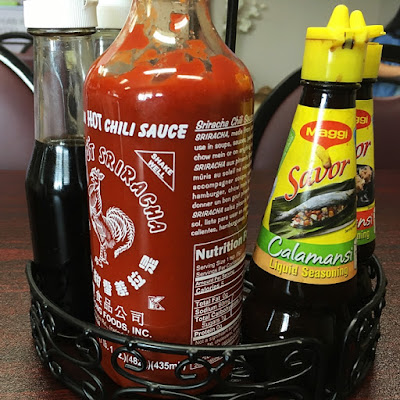 The seating and decor inside is pretty modest, with an additional room available on busier days and television set to one of the major television networks in the Philippines. Unsurprisingly, all the usual Filipino condiments and seasonings are also available, along with some nods to modern trends like Sriracha Sauce.  This also applies to their canned beverages, with options like Buko (young coconut) and Mango Juice are available along with iced tea and pop. 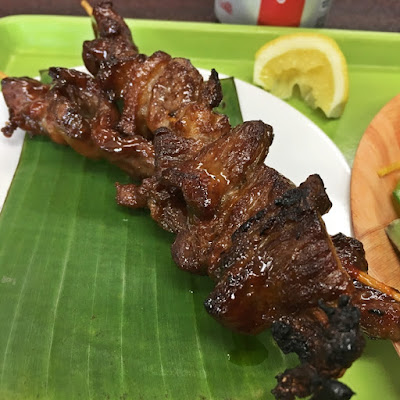 Many of Kuya Ian's simplest dishes are their best - their BBQ Skewers are nicely fatty and juicy, and are best accompanied by a simple side of rice. Their Lumpia (Filipino eggrolls) also are good solid versions of this popular side item. On the other end of things, while their Siopao (steamed buns) are in the form that I'm more familiar with (meat filling fully encased in dough), they weren't quite up to what I've had back in the Bay Area both at home and other restaurants. 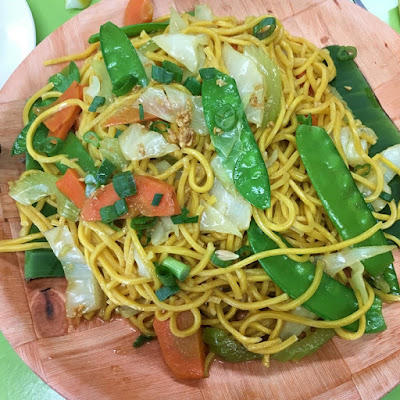 Another reason Kuya Ian's reminds me of home is their dishes remind me of many of the home-cooked versions I've had in my lifetime.  Their Pancit Canton, the Filipino equivalent of lo mein, is a winner for me (they have a Bihon version, which is the same dish with thinner noodles) as well as their all-day breakfast options - my favorite so far lies in the Longsilog (a Longanisa blood sausage with fried egg and fried rice.) 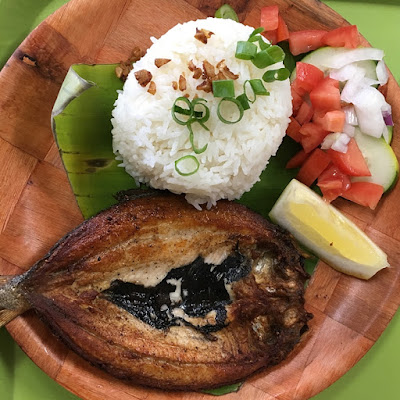 I admit not gravitating towards seafood more often than not, but I admit I liked this Fried Bangus (Milkfish) that my spouse ordered better than my Chicken Afritada that I ordered. Not that the latter dish was bad, but the fish was fried perfectly with a nicely meaty yet flaky texture. Note that you do have little pinbones to contend with with the Bangus, so those who don't want to fuss with that should look other dinner standards like the Pinakbet or to what most deem the national dish of the Philippines in the Chicken Adobo. 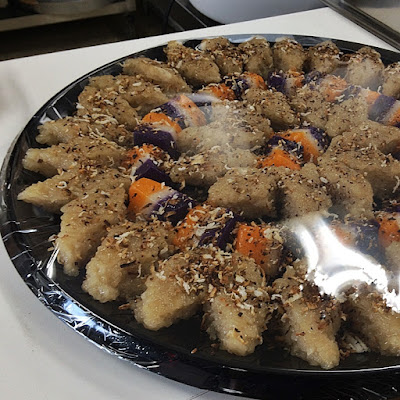 Kuya Ian's does have Halo-Halo (which I have not tried yet), but they also typically have an assortment of Filipino desserts pre-packaged near the cash register for easy taking home.  With all the different textures and sweetness levels available with creations like Puto, Kutsinta, Sapin Sapin, and Leche Flan, this could be a fun try-at-home culinary adventure for those so inclined.  Another option is to take a walk around the corner after your meal and drop into Chuchay's Supermarket, the only market that I know of in the metro focused mainly on Filipino products.