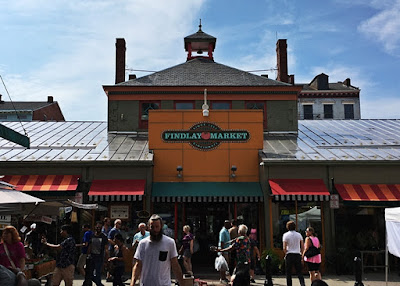 Findlay Market: The first glances around the Findlay Market’s hint strongly at the transition rippling through the surrounding Over-The-Rhine neighborhood. The history of how the neighborhood came so close to ruin and is now on the way back is a fascinating topic in itself (a good meaty appetizer can be found in this Politico.com article) and helps a newcomer really appreciate what they're seeing.

Bright splashes of color and brand new storefronts to be reside next to unpolished facades of long-time residences and businesses. Indeed, two businesses that we're familiar with in Columbus's Harvest Pizzeria and the Arepa Place, who we encountered earlier this year at the Oxford Wine and Craft Beer Festival, were in the final stages of opening up brick-and-mortars in the area. 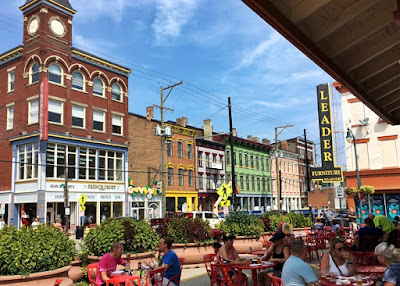 Some buildings appear to be only occupied on ground level, while murals weave in and out of the multi-story brick German-built structures. And if you venture far enough away, one will see long-neglected or even abandoned buildings that makes one wonder if restoration will remain a pen signature too far. 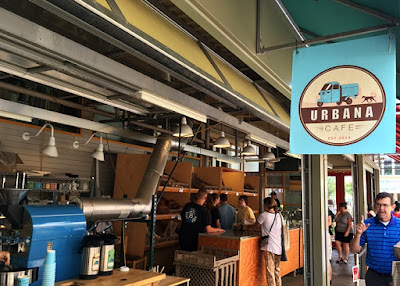 Operating since 1852, Findlay Market has remained an anchor and is a must-visit for anyone visiting the area. In terms of exterior feel, the market reminds us most of City Market in Charleston, SC, though the food-to-other-vendor ratio is a lot closer to Cleveland's West Side Market.  One longish building, housing many of the vendors who require restaurant-style or refrigerator equipment, is the goetta slab in-between numerous tented stalls, a split Elder Street, and then the brick-and-mortar spaces. Another section to the north is geared toward a more traditional Farmers Market experience. 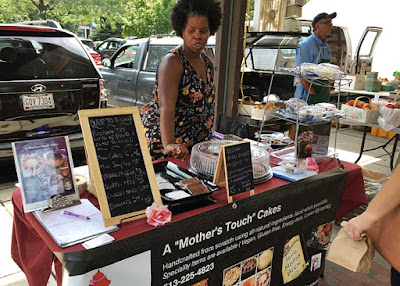 We were initially content to walk around, but when the farmers market is going strong, you can't not help but grab some things. And pick up things we did: a bottle of luscious honey from Bee Haven, some Aleppo Peppers (from genuine Syrian-seed stock) from the Baby Red Pepper Company, packages of Szechwan Peppercorns and Togarashi from Colonel De Herbs and Spices, and some of the best Lechon (the Lumpia was pretty darn good too) I've had on this side of the world from Kuya Ed's Lechon Atbpa. 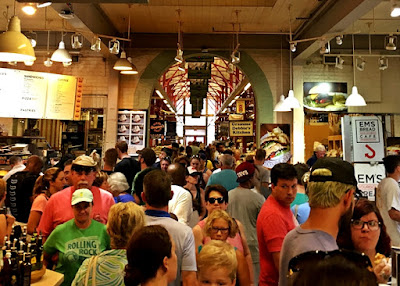 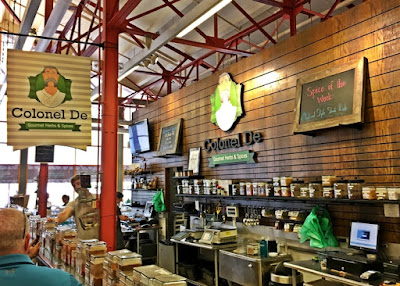 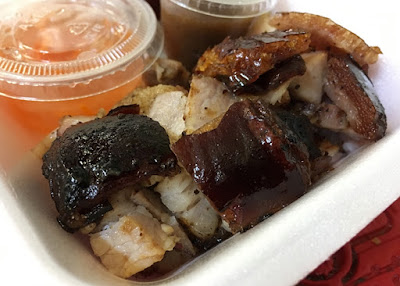 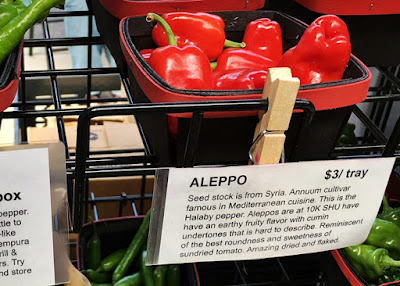 The Over-The-Rhine neighborhood surrounding the market is at an interesting crossroads - some say the usual gentrification effects, with long-time residents who lived in the area during the darker days eventually priced out, are inevitable. Others say that with proper focus and initiative, the area can complete its transformation as a highly unique entity. Regardless of what happens, the Findlay Market seems well poised to be a magnet for locals and visitors alike until 2052 (its bicentennial year) and beyond. 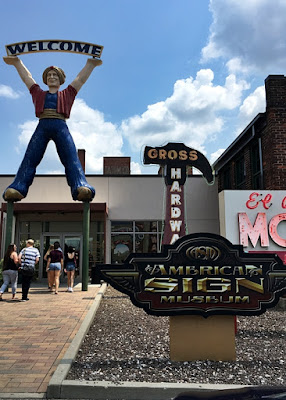 American Sign Museum - Perhaps the most surprising thing that I heard from our docent Kevin (while you can easily go through this museum on your own, I highly recommend the guided tours) was that the visitor attendance for this year was project to be at 30,000. While this was a 25% increase from last year's figures based on my calculations, I thought this was far too low a number for what turned out to be both a fun, informational, and overall unique attraction.

A passion project of Tod Swormstedt, whose family runs the sign industry journal Signs of the Times, the museum opened its doors to the public in 2005 in a space that quite frankly was too small to display many of the now nearly 4,000 signs cataloged by the museum. That situation was helped out immensely when the museum acquired a large warehouse space in the Camp Washington area of the city. This space, opened in summer of 2012, currently has five-times the capacity of the old space, and still even more display space (pending renovations) in the works. 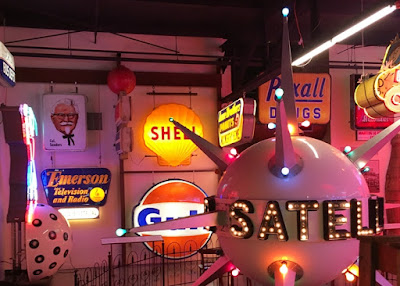 In many ways, much of the fun of the American Sign Museum (according to our docent, this is the largest open-to-the-public such museum in the country) is actually in the seeing, from the unique pieces created to the advent of electricity, the various materials used in sign making, and then the general eras of signs from light bulbs into the age of neon into plastics and beyond. 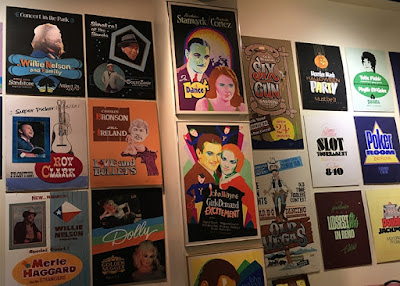 Maybe it's not too surprising, but the experience is also highly educational: for example, many pre-lectricity signs were modeled to reflect the nature of the business (a pipe-wrench, for instance) to bring in people who couldn't read. Many of the signs themselves have their own tale to tell, such as the shiny Frisch's Big Boy mascot which was both a rare find as well as a symbol of transition in the mascot's evolution.

Perhaps the most fun part of the museum was the area dubbed "Signville", where signs are displayed in the environments where they are commonly seen.  Smaller sign-related paraphernalia can also be seen within the mock spaces if you wander close enough, or you can take a gander of the extra large display pieces like the Howard Johnson sign or a McDonald's sign from an Alabama franchisee. 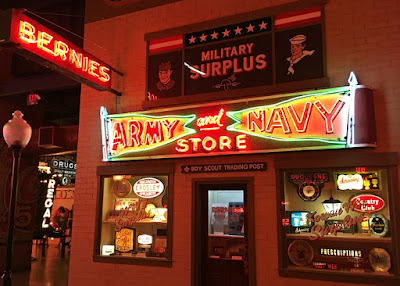 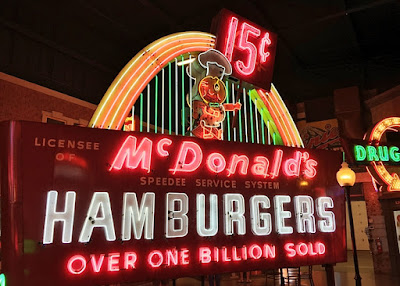 The American Sign Museum also sports an event space (where many of the Cincinnati-area signs can be found) as well a workshop where visitors can tour not only what goes behind returning these signs to working order but also examine signs at various stages of the restoration process. 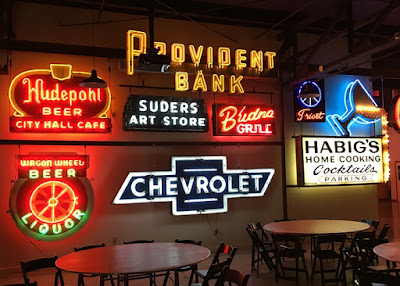 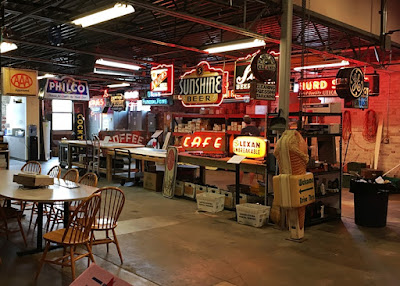 We admittedly weren't quite sure what we were going to get with the American Sign Museum, but this proved to be a truly unique and a great bang-for-your-buck experience (with bonus points for the free parking, unlike other parts of Cincinnati where the usual attractions reside.)