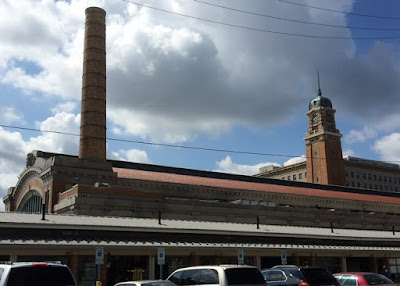 During my relatively short time as a younger lad when I lived within the boundaries of the city and county of San Francisco, some of my most memorable moments came with spending time with my grandparents. From hours at the Municipal Pier fishing and crabbing, to strolls through Chinatown (if we kids were lucky, we would pick up some pork buns or packages of haw flakes,) or trips to Mitchell's Ice Cream to pick up some tropical-fruit-flavored ice cream, the world grew exponentially large during these times, and my brain would try to absorb all that was whirling about me.

Another fun place for me was the Alemany Farmers Market. Decidedly unfancy, this market, the first-established in the state, was a working family's nirvana, with vendors selling loads of produce from concrete stalls. While I admittedly was a kid who often claimed to be veggie-allergic most days, the bright color vibrancy I spied from tomato red to bok choy green to eggplant purple, the push and pull of the bustling crowd, and the multilingual chatter of vendors and visitors was a sensory extravaganza.

The latter memories had nestled within me in deep dormancy, almost forgotten. But then, nearly unexpectedly, those same cues I had experienced in my younger days sprouted to life again as I strolled the produce arcade of Cleveland's West Side Market in the Ohio City neighborhood. 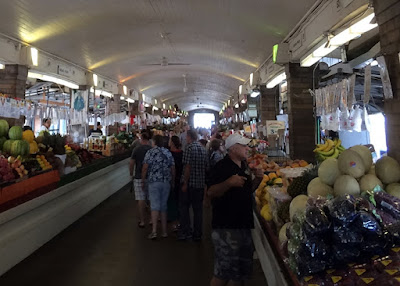 What catches the eye immediately is the market's main building, a grand neo-classical brick construct with clock tower completed in 1912 (with some refurbishments and upgrades since.) This structure continues to draw your eyes to it as you wander inside upward to its tiled walls and vaulted ceilings. For me, it is not hard to think of the similarities between it and San Francisco's Ferry Building, a place I used to wander through on a regular basis. 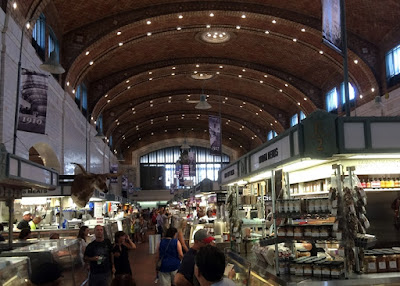 Unlike the two other such markets I have had the most recent experience with (Columbus' North Market and San Francisco's Ferry Building Marketplace), however, the stalls at Cleveland's West Side Market don't generally sport bright signage, hint at hipster cool, or even try to grasp at anything froufrou. Aside from some personal touches from vendor to vendor, the products offered are the main distinguishing feature from one booth from another.

For me, much of what fuels the West Side Market is threefold: first off, its sheer size is mesmerizing - over 180 stalls total (many vendors double up on their spaces) are available within the main building and the outdoor produce arcade combined. The Ferry Building Marketplace comes close to that number when it combines with the Saturday version of their Farmers Market with normal operations, but on a year-round basis, the West Side Market stands alone in comparison

Also striking was the heavy presence of what I'll call "meat and potatoes" - the sheer number of meat and other protein vendors to me was a eye-catching aspect. Combined together, meat and produce sellers make up over half of the 110-plus total vendors doing business at the market. 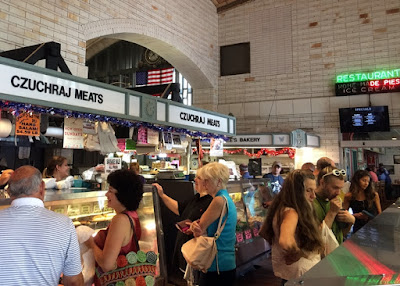 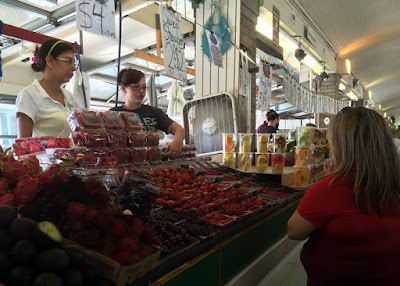 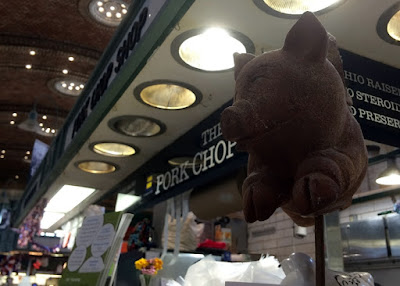 Finally, the vendors reflect the current and historic cultural diversity found in the Cleveland metro area. From Polish to Hungarian to Middle Eastern and onward, the smorgasbord of goods for sale makes it that much harder to keep your wallet inside your pocket or purse. 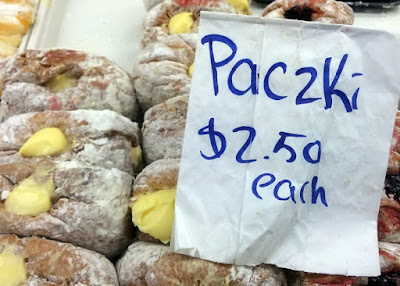 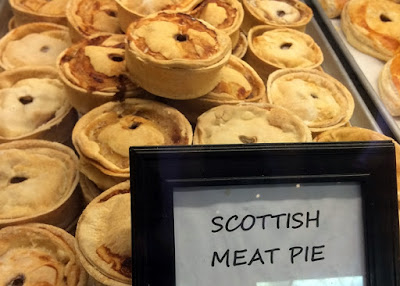 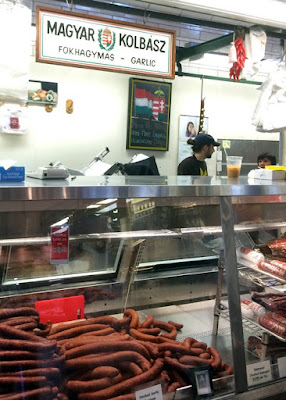 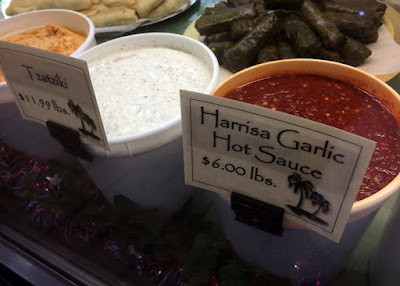 Perhaps it speaks to the West Side Market's essence that the item that draws the biggest line isn't some fancy coffee preparation or artisanal ice cream but an everyday sort of item in the gyro sandwich. However, the gyro made by Steve's Gyros, with its homemade tzatziki sauce and lauded nationally in broadcast shows such as Man V. Food and The Best Thing I Ever Ate, is an uncommon creation, and folks hoping to land one this day were in plentiful supply. 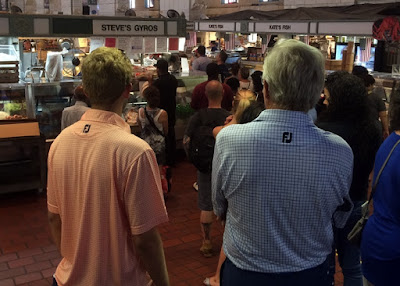 It's perhaps a blessing and a curse that we came to the West Side Market this day with full bellies. On the plus side, we weren't tempted to spend more than we should have on various food items. And while we did spend some money on some delicious tasting vegetables from Bacha Produce (yes, chatting up potential customers does work,) fresh-baked pumpernickel bread from Vera's Bakery, and a bouquet of flowers from Ohio City Flowers for a gathering later on that day, the fact that we didn't have that temptation to delve in deeper felt disappointing strictly from an explorer's mindset.

We look forward to soothing that latter disappointment soon.