OH Beer Travels: A Platform We Can All Agree On 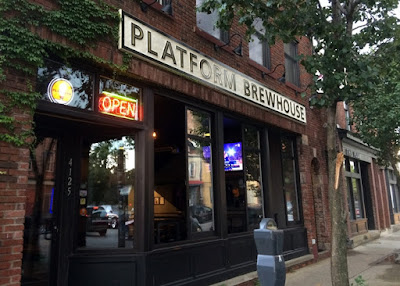 Our second stop on our recent mini-venture into Northeast Ohio brought us into metro Cleveland to the bustling Ohio City neighborhood, where we dropped by a brewery with plans to expand into the Columbus area in the Platform Beer Company. 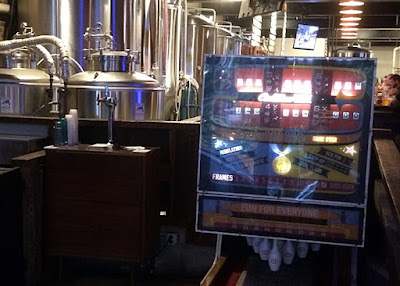 Reality: The bowling arcade machine hints at this century-old building's past as a bowling alley, reportedly the first in the metro. Some of that past history has been implemented into the brewpub itself, as parts of the original interior has been recycled for use as the bar top and signage. 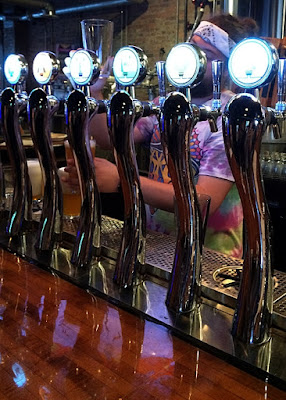 Platform's building interior in general reminds me of elements from several Columbus-area breweries. For those familiar with that scene, aspects from breweries like Seventh Son (the bar area and rear patio), North High (historic space and use of recycled materials) and Ill Mannered Brewing (tanks and equipment in sight of bar patrons) are evident. However, this brewery's space is all its own, and it's easy to feel welcome here even as a newcomer. 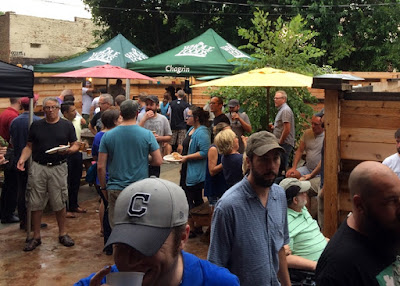 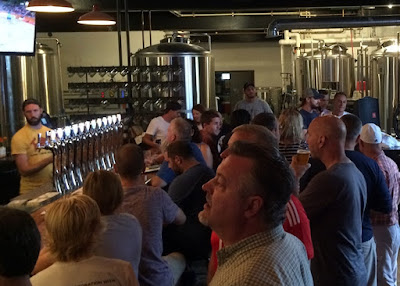 Food: Platform coordinates with various local food vendors to provide a food option for patrons on most days of the week, including Chef Dick's Kitchen on Wednesdays and Fridays and the a Saturday duo of The Grocery and Ninja City. On the day of our visit, Whole Foods was providing the eats as part of the special release launch party event for Veloracer, a Radler beer brewed by Platform to raise money for the Cleveland Velodrome. 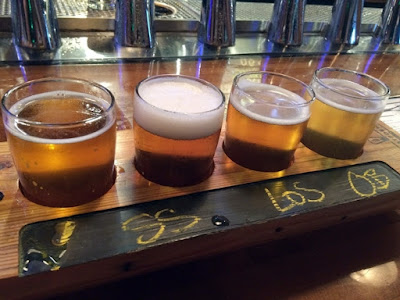 Beer: Platform has grown quite substantially since its beginnings offering three beers from its three-barrel system at its Lorain Avenue facility, with the number of the brewery's own beers (11) just slightly outnumbering the number of guest taps (10.) Suffice it to say, Platform wouldn't be growing the way it is if its beer wasn't worthy, and we definitely enjoyed our brews this early evening.

Standouts for us included a very nice Lady of Sin Belgian Tripel and Orange Blossom Gose, a collaboration with Cleveland's Old City Soda. I didn't think the latter could be much better on tap than it was from the can, but indeed it was making it my most favorite gose-style beer outside of Westbrook Brewing's version. 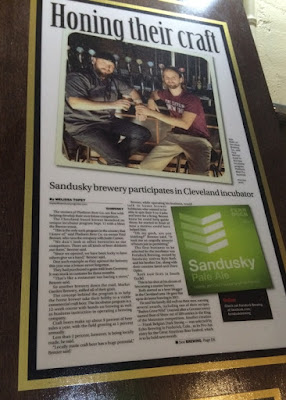 Also notable is Platform's Incubator Program, which assists homebrewers to experience life as a professional brewer. The first graduate, Kyle Roth, is working on getting Ferndock Brewing, which would be Sandusky, Ohio's first post-Prohibition brewery, fully operational.

Last Call: Platform Beer has bold plans for the future, including enhancing their existing production facility for both more capacity and a rooftop patio space, as well as a new combo brewery-taproom-storage facility in the northern reaches of the Discovery District in Columbus. Like many others around this area, we eagerly await their arrival to Central Ohio.