Ice Cream Chronicles (Year 3): No Matter How You Pronounce It.... 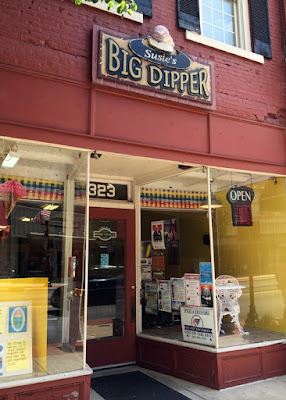 One thing I learned fairly quickly upon moving to the Buckeye State: correct pronunciation of Ohio place names is something of a minefield. Only one other state I've encountered (Washington, with tongue-twisters like Puyallup, Tshletshy and Steilacoom) outdoes the Buckeye State with unexpected or seemingly incongruous pronunciations.

I started a mini-debate not too long ago, when I wandered through the Western Ohio town of Piqua in search of some frozen goodness into the confines of downtown's Susie's Big Dipper. I asked how Piqua was pronounced, and got the proper "PICK-wah" response from the older of the two ladies behind the counter.

"I heard somewhere that Piqua really is like Pickaway?" The younger of the two, almost assuredly a teenager, posed the question cautiously as if she were sneaking through her neighbor's backyard to escape notice. On this day, no such luck.

"What do you mean?" The older woman glanced at her younger partner quizzically.

The younger gal fidgeted her response, saying that her classmate told her that the name of this town should really be more pronounced like the South Central Ohio county because of their origin from the same Indian tribe, but that the pronunciation changed over time.

"No, no, no!" The following explanation was a bit lost on me, with lots of references to a local history teacher and the "Indians" (in the general sense, and most definitely not Cleveland's baseball version.) Suffice it to say, I was convinced that Piqua and Pickaway had nothing to do with each other at ALL by the end of that exchange. 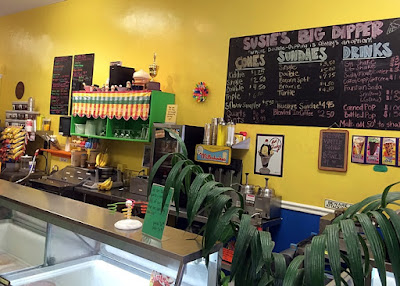 One would never suspect wandering down the spiffy Main Street area of this town of roughly 20,000 that Piqua was once home of the first municipally-owned nuclear power plant. While that venture lasted but a few years, Piqua has been chugging along for far longer, incorporating in 1807.

Susie's Big Dipper is a relatively new arrival on the local dessert scene, arriving in March of 2011, and fits the definition of small town family-friendly to a tee: children's toys and games were plentiful throughout, and appropriately ice-creamy media dots the brightly-colored walls of the space. 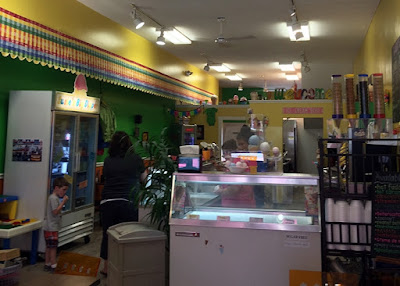 The ice cream, homemade and hand-dipped, leans to the more traditional flavors, and on this very humid day, my favorite Butter Pecan and Buckeye seemed perfect for a two-scooper. This ice cream had that definite melty, softer mouthfeel quality that was very similar to the ice cream that Youngstown-based Handel's puts out.  I would love this in a waffle cone trying to catch the drips before they escape to sidewalk below. I also don't mind that they leave their add-ins on the chunkier side - must be something about biting into a full-sized pecan in an ice cream base I personally enjoy. 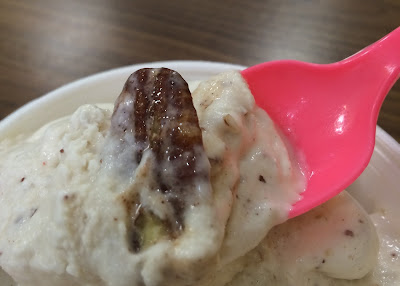 Not unlike places like Toft's in Fremont or Johnson's Real Ice Cream in Bexley, Susie's also offers a basic hot dog, sandwich (including the ubiquitous shredded chicken and loose ground beef, dubbed a Susie Q) and soup menu. A quartet of some of more senior members of the Piqua community dropped by during my visit and seemed to enjoy their lunch menu items well enough.

Susie's offers a perfect way to cool off no matter how you venture to Downtown Piqua, whether it be car or by bike (both of the pedaling and motorized variety - Piqua offers plenty of bike racks downtown for the former and the annual Piqua Bikefest for the latter.) 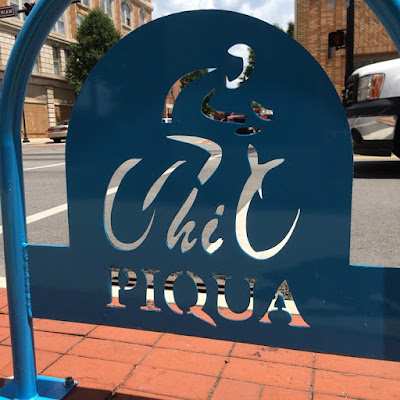 And if you're lucky, you won't have the chance to mispronounce anything while you're ordering a dip or two. You just might get the, "Well, at least we don't live in Russia" if you're not careful.

P.S. If you are curious about the origin of Piqua's town name, this is what the official page of the City of Piqua has to say about it.