There was a brief time in my life, a bit cocksure and a lot less wise than I thought, when I felt I was too cool for the fair, no matter what its incarnations. I had graduated from the entry-level spin-laden midway rides to greater G-forces, the food was the same old burgers and dogs and lemonades, and the musical acts seemed geared to people much older than I.

The passage of time has a way of changing attitudes, and I am no exception - I have returned to the notion that the fair is one of the coolest things around. 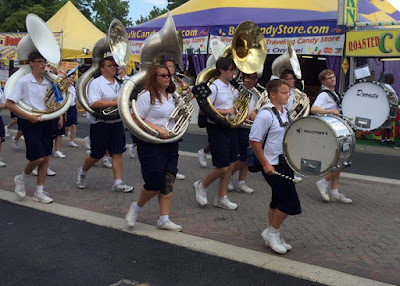 Sure, some things remain the same, and The Ohio State Fair, in existence since 1850, has plenty of those elements. From the old school midway games to the marching band parades every few hours to arts and crafts competitions across all fields, these institutions have become the traditions that provide the base structure of the modern day event. And yes, every opportunity to raise your cholesterol a few points still remains an option at every food booth you see. 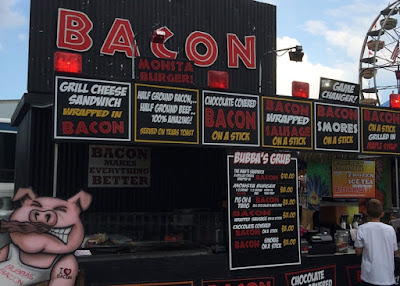 For me, the human element has become the most appealing aspect of the fair, whether it be the earnest efforts of children participating in their 4-H or Scouting activities, or the sometimes spectacular arts and crafts produced in that year's competitions, or the whimsical sets of the local train club and the wide-eyed kids watching a miniature B&O-styled locomotive line whiz by. 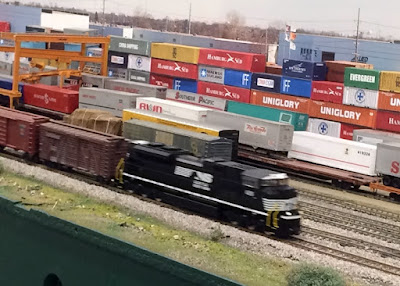 Even old traditions can reflect the start of possible new trends - the traditional cow sculptures carved out of butter (the actual mascot for the fair is indeed the punnily-named Butters D. Cow), a longtime fair attraction, were joined this year by those representing the championship of the National Basketball Association's Cleveland Cavaliers, the first such top-level professional championship for this Northeast Ohio metropolis since 1964. 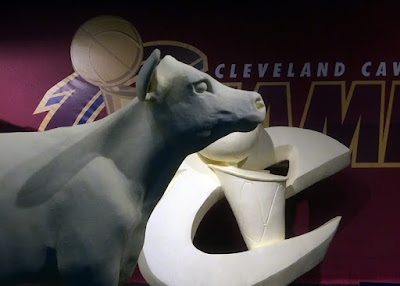 I've noticed featured music acts had grown in diversity over the years when the California State Fair was more in my range of possibilities, and this year's Ohio State Fair concert itinerary had a fairly intriguing mix of free entertainment (The Ohio State Fair Band & Choir and Mancini Magic,) younger, mid-level pop stars (the twin bill of Charlie Puth & DNCE, for instance,) and those riding the comeback (Keith Sweat) and nostalgia trails (Yes and Steppenwolf.) 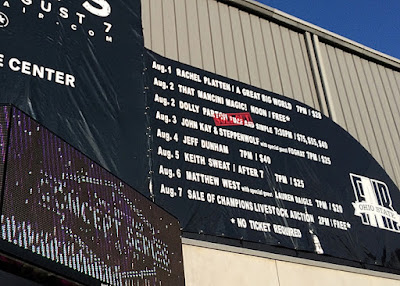 The two biggest names this year to perform at fair's Celeste Center, however, were clearly embedded in the country genre: Kenny Rogers (with help from The Oak Ridge Boys) had a stop in Columbus on his last concert tour ever. But even that appearance was trumped by his singing partner on remake of the Bee Gees "Islands In The Stream: a subtle "SOLD OUT" stamp, the only one on the list, marked Dolly Parton's appearance at the fair this year on her "Pure and Simple" Tour. 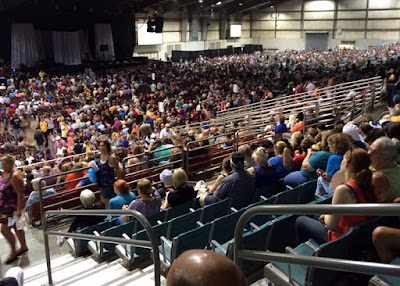 My visit this night would get me acquainted with the unique Celeste Center auditorium, whose exhibition hall type dimensions (much more wide than long in relation to the stage) actually meant quite a few floor seats along the farther fringes were much less desirable than the seats folks like us had higher in the rafters. It also would mark my first concert to see this country-music icon, who I was only marginally familiar with music-wise (my spouse was much more familiar with her work) but had always struck me as a dynamic performer and classy, down-to-earth individual.

My latter impressions were more than verified during Parton's just over 2-hour set, mainly in the spaces between her musical performances with her band. She spoke about the role of her religious faith and family in her upbringing, her desire for the country to come together for the better (yes, Dolly, I'd vote for you for president), and her charitable endeavors (we learned for the first time about her Imagination Library, an organization founded to encourage and foster a love of reading for disadvantaged children via mailed books.) Growing up poor in the Appalachia region of Tennessee, Partin told her tales and experiences with a down-home charm, humor, and a sparkle that even rivaled the rhinestone-decked outfits and musical instruments she sported throughout. It was almost like we were all her new neighbors and invited to sit on her porch for some sweet tea as she shared her now 70-years worth of experiences. 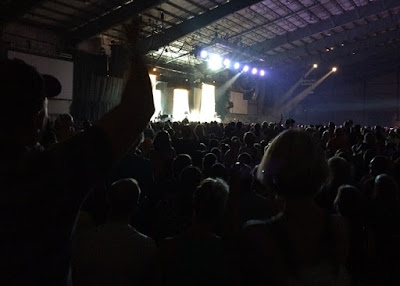 My early exposure to Parton's music lay in the crossover hits from the late 1970s and early 1980s, and these songs such as "Here You Come Again", "9 to 5" and the previously mentioned "Islands In The Stream" were performed to great enthusiasm to the gathered crowd near the concert's close.  But Parton, backed up simply but more than ably by the three-person ensemble of Richard Dennison, Kent Wells and Tom Rutledge (plus a less-than-$10 drum machine from Radio Shack, Parton joked) truly impressed me with the songs performed on during the show's first half.

While I was familiar (as was most of the crowd) with Parton's song/first big hit, 1974's "Jolene" about three songs into her set, other tunes like "Coat of Many Colors" (Parton's tribute to her mother), "Why'd You Come In Here Looking Like That" and the title track on the soon-to-be-released romantic-song-oriented "Pure and Simple" showed off her music range to great effect.

Despite the less-than-ideal acoustics of the venue, Parton's voice was also on point, especially during the strictly or nearly a capella performances like "Little Sparrow," the traditional "Banks of the Ohio", and "Do I Ever Cross Your Mind." Her instrumental prowess truly impressed as well, as she flashed through close to a dozen different instruments, from banjo (the energetic hoedown "Applejack"), piano on "The Grass Is Blue" (inspired by Norah Jones' piano-oriented take of the title track from Parton's 1999 bluegrass album) and even saxophone on the brief but fun "Yakety Sax." 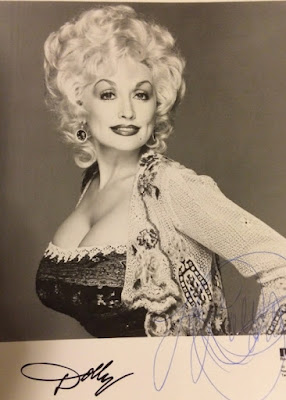 If nothing else, the 70-year-old Parton showed why she is one of the consummate and most likeable entertainers on the American music scene. Her first encore song, "I Will Always Love You", was perhaps the signature song for this night and this tour in general. Stripped of the sometimes overwrought strains that wend through more familiar Whitney Houston cover, Parton's version was about as pure and simple an expression of the mutual love this entertainer has for her fans, and the reciprocal love her fans have for her. And while Parton's career may be winding down just simply due to age considerations, I can safely say my exploration of her music catalog is only just beginning.