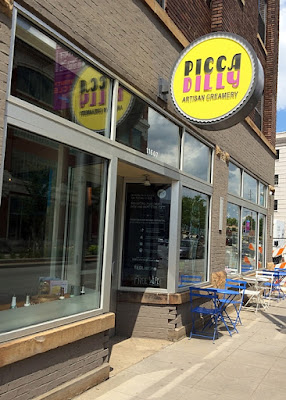 In one of my favorite science-fiction/action movies ever in Terminator 2, liquid nitrogen played a positively shattering role in what turned out to be the penultimate scene before the finale. The film's antagonist, the experimental T-1000 shape-shifting, liquid-metal Terminator (played menacingly by Robert Patrick), unrelenting in his pursuit to kill the movie's young hero John Connor (Edward Furlong), gets a tanker truck's worth (a postively frozen -320.44°F degrees worth, that is) of this unique substance, which figuratively paralyzes it from moving farther.

The older Terminator model reprogrammed and sent back to protect Connor, played by Arnold Schwarzenegger, takes aim at his now frozen-in-place nemesis with his gun and utters perhaps the most famous line in the movie, "Hasta la vista, baby." One big kablam! later, the T-1000 blows apart into hundreds of little pieces.

Little did I know then at the time of the movie's release in 1991, however, that liquid nitrogen could do far more tastier tricks. This chilly fluid helps the folks who run Piccadilly Artisan Creamery in the Cleveland area create some of the more unique ice cream in the state. 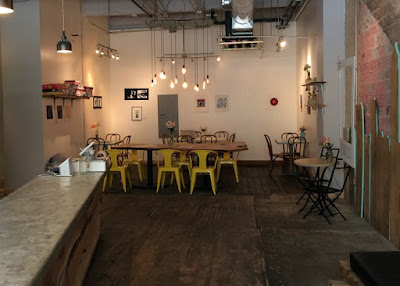 If you haven't guessed it by now, Piccadilly, located in the metro's University Circle neighborhood, makes use of liquid nitrogen to create their scoops. Taking the ideals of their initial frozen yogurt venture in Cleveland Heights, Cosmin and Adrian Bota have taken their use of locally-sourced, natural and organic ingredients in combo with this unique and increasingly popular method (perhaps best associated with San Francisco-based Smitten Ice Cream) in a space that falls squarely into that hip urban industrial vibe. 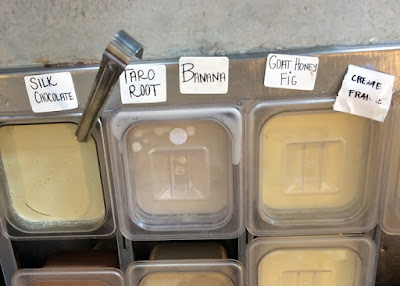 Piccadilly, which was recently named as the best Ohio ice cream shop by the college-campus-oriented Spoon University website article, offers several flavors of ice cream bases from which to build your scoops, with a bevy of toppings you can add to your order if so desire. Also, a selection of named combinations that have proven popular during this creamery's two years of existence are also listed on the board behind the counter for those who aren't feeling too creative but want something a little fancier in their cup. 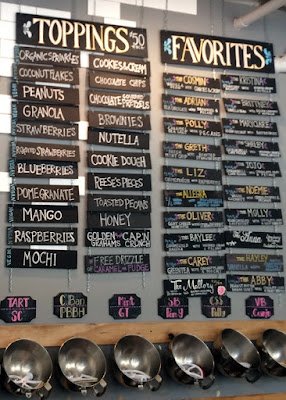 My spouse went with the Goat Honey & Fig ice cream base topped with roasted strawberries and toasted pecans, while I decided to have my "namesake" combination in the Jojo (a Ghirardelli-based Cafe Mocha base with Pecans and Chocolate Chips.)  One of the bonus aspects of a visit to Piccadilly happens shortly after you put in your order - there's a hint of mad scientist glee in watching the fog pour from the bowl, mixer whirring away, as the liquid nitrogen does its magic. 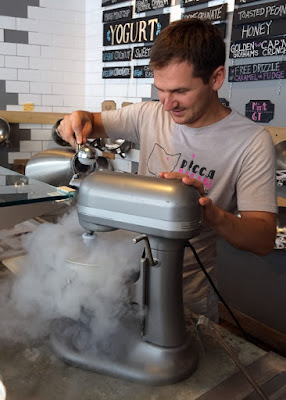 The quick freeze provided by the liquid nitrogen essentially eliminates the time for ice crystals to grow, making for an extremely smooth and creamy product. My spouse picked out a great flavor combination, with the goat cheese providing a wonderful tang to the overall mix. My Jojo mocha-chocolate creation (topped off with some caramel syrup) was also a pretty winning mashup. 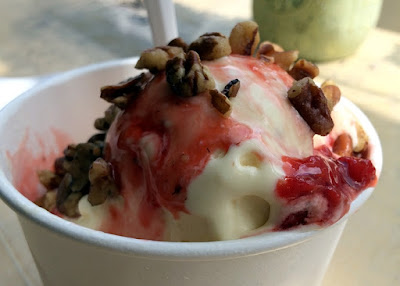 This process along with the use of higher-quality ingredients does put Piccadilly on the higher end of the ice cream price scale in general, but it was actually a little less pricey than I had figured and definitely worth the price we paid. We can definitely see ourselves making a return visit to this fun little shop next time we're in the neighborhood.