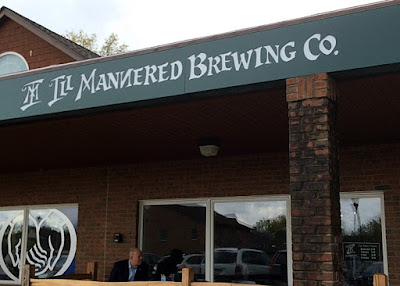 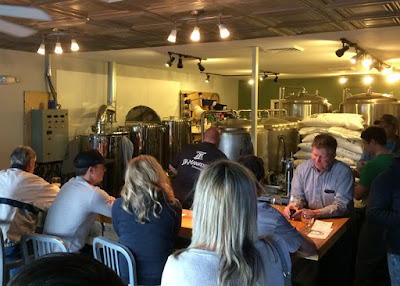 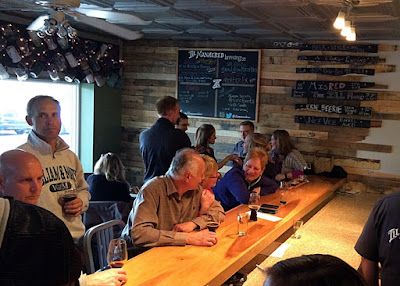 Additional nice touches within the interior include a wooden bar and rustic wood paneling; more wood is used with the tap list, which appears to use chalk on black chalkboard-painted wood planks for the day's selections. Along the top of the front window, the brewery's Mug Club steins, perhaps one the most artistic collection of such within the area if not the state, adds another colorful sight for the eyes. 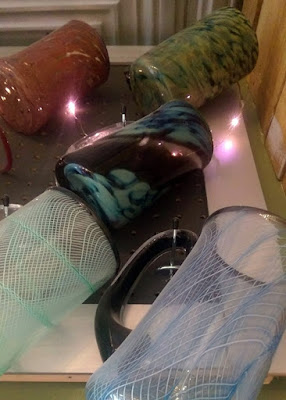 Food: With the small space, it's not surprising that Ill-Mannered does not serve food. However, they allow visitors to bring in outside food, and there are plenty of choices within easy walking distance. The most obvious is Mojo Tago, whose Mexican food truck inspired offerings are available right next door Thursday through Saturday. Other nearby and easily accessible restaurants lie across the street in the form of Lin's Wok and Brooklyn Pizza; a visit to the latter got us some better than average calzones to fill our tummies during a previous brewery visit 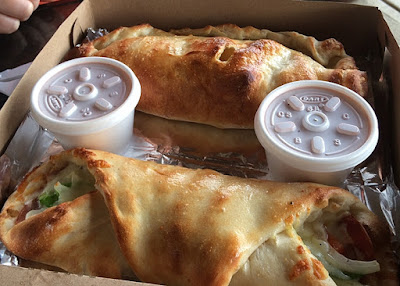 Beer: The addition of capacity has allowed Ill-Mannered to expand their regularly offered product line (including infusions) and up their beers on tap from five to eight, including a brew on nitro. The rating app Untappd gives highest scores to their basic Nice Vice Milk Stout as well as a couple of their barrel-aged beers (Big Donkey porter in bourbon barrels and the Nice Vice Stout in rye whiskey barrels.) We thought the latter was pretty tasty ourselves, but we were also nicely pleased with their MisRed IPA, which featured a right amount of maltiness to balance out the hop quotient. 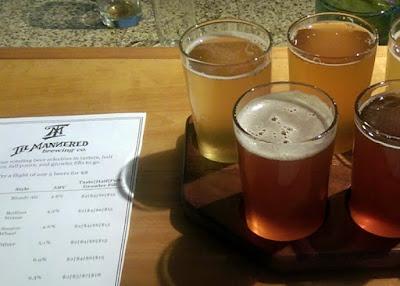 Ill Mannered plans to celebrate its first anniversary on August 27th - for further details on this event, please consult their event listing on their Facebook page.