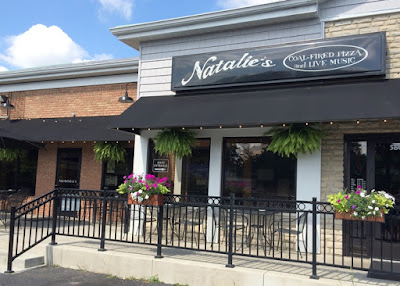 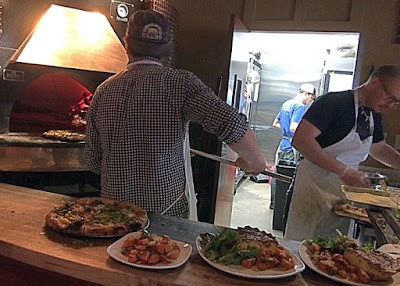 On the verge of celebrating its fourth anniversary in a renovated space that once held W.C. Gathers, Charlie and restaurant namesake Natalie Jackson's combination artisan pizza and music space was a highly anticipated arrival on the local scene in 2012. After taking a few months getting its feet under them to handle the large crush of interest, this double-threat venue has slipped into as comfortable a groove as any one of its hosted music acts does.

On the dining side of things, Natalie's anchor item is its anthracite-coal burning oven, which is advertised as producing temperatures as high as 1,000 degrees. Interestingly, this Columbus Dispatch early review on the pizza reflected our experiences in terms of the dough (with a sourdough base) being the star versus the inconsistent char. To be honest, it has never been big a deal for us though we do love our char when we can get it. The dough provides the requisite crisp/chew factor one expects in these Neapolitan-style pizzas, and the pizza bones are ones we love to chew on well after the topping-laden parts are finish. Their pies are always an option for us whenever we visit. 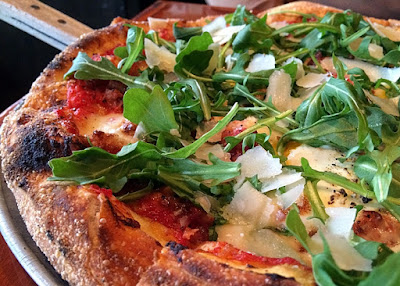 The Sunday brunch service, one of our favorites in the area, shows off Natalie's strengths in one setting. While items can be ordered a la carte, your best bang for the buck is the prix fixe option that gets you your fill of coffee (using roasted beans from Grandview's Luck Brothers), your choice off the brunch cocktail list (the Red Sangria has become a go-to, though the eatery's well-stocked bar makes it easy to venture into other realms), and your choice of select pizza and non-pizza items. 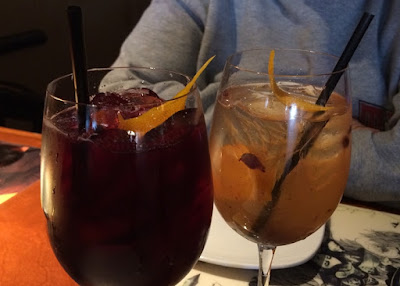 We've also found Natalie's non-pizza brunch options to be worthwhile ventures. Of these, the Arancini (formerly a main dish, but currently available as a side item with a slightly different makeup than previous) had been a favorite of ours, as well as their large cinnamon roll with plenty of gooey frosting. Our last visit found us with a two satisfying newer non-pizza items in their Croque Monsieur (I opted for the fried egg option to make it a Croque Madame) and the Smoked Salmon Benedict, which sported uniquely constructed potato and salmon cakes topped with a jalapeño and lime hollandaise sauce. 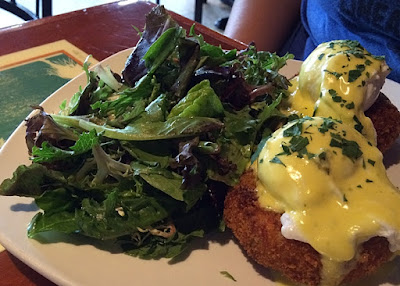 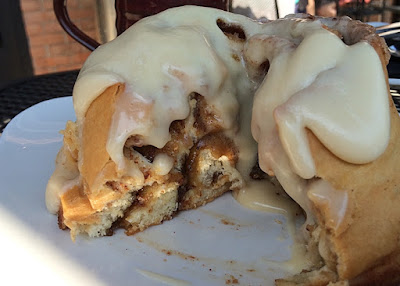 The brunch service on Sunday comes with Natalie's other strength in the form of live music. For me, there's just something a little extra added when live music is being played in a restaurant versus the typical pre-recorded variety, and this comes essentially as a free add-on during the Sunday brunch. The first Sunday of each month has also become home for the Gospel Soul Brunch, which treats one to the sounds of various genre performers for a modest admission fee. This music focus is accentuated by the venue's decor: prints of numerous album covers from various bands and eras can be found embedded on top of the tables in the main dining space. 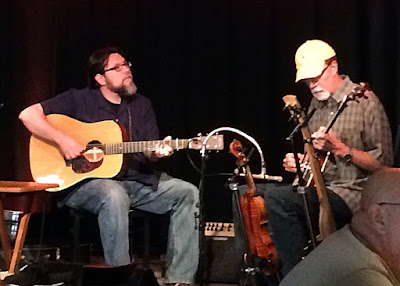 However, Sunday is definitely not the only day you can experience live music at Natalie's. As you enter the eatery, an eye-catching event calendar (colorfully designed by local artist Matt Wyatt) details the diverse and well-regarded national and local acts that are due in for the upcoming month. In addition, numerous CDs from both local artists and venue performers are available for purchase. 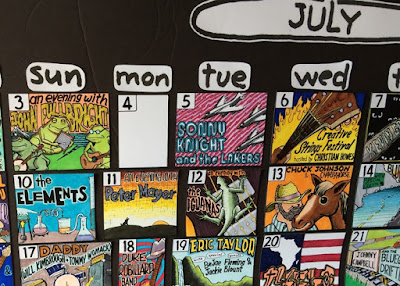 Natalie's is set to celebrate their fourth anniversary with, appropriately enough, a series of four special musical shows, concluding with a set by local up-and-comers Angela Perley and The Howling Moons. For further details on these and other upcoming live music shows at Natalie's, please consult their event calendar.