In the 1960's novelty song "I'm Henry VIII, I Am", the British beat band Herman's Hermits used repetition to great effect, taking a song that proclaimed "Second verse, same as the first" to the top of the charts.

This phrase might describe one of the main themes dominating the Columbus restaurant scene over the past year or so, as the most highly anticipated arrivals have come with existing eateries. The momentum seems especially high with places like Hot Chicken Takeover, Si Señor, Los Guachos, Harvest Pizzeria, Sweet Carrot, Momo Ghar, Little Eater, Westie's Gastropub and Katalina's either opening or planning new locations within a relatively short time frame.

The local ice cream scene happily has not been immune from this expansion, especially when it comes to the Mexican-based purveyors. Diamonds Ice Cream, which I wrote about in this blog post, has expanded to both Hilliard and Linworth (the latter as a partnership with newcomer restaurant Tomatillos.)  Meanwhile, those living on Columbus's Westside or near Cleveland Avenue where Columbus and Westerville meet up can make the journey to sample the sweet life. 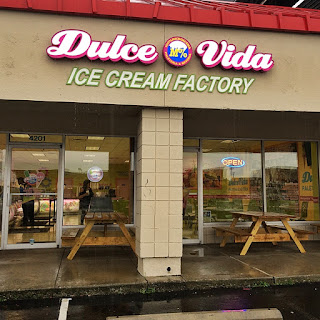 Ice cream lovers have Ricardo Sandoval to thank for this particular double dip. His original Dulce Vida location opened up just a few days before Winter's arrival in December, 2016 within the metro's Westside neighborhood, an area which contains many of the area's Mexican-oriented businesses and restaurants. It might take your eyes a bit to adjust from the staid beige of the store's exterior to the bright, vibrant colors and larger-than-life treat renderings scattered throughout the store. 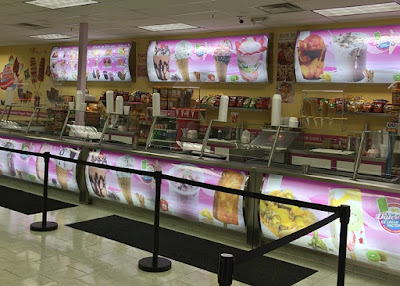 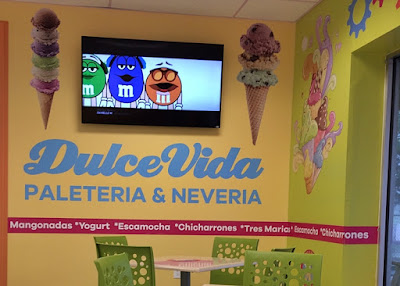 As I discovered back in California from visits to places like Vallejo, California's La Michoacana, Mexico's state of Michoacán is where it essentially where the best of that country's best ice cream comes from, and Dulce Vida isn't shy about showing off its regional pride. 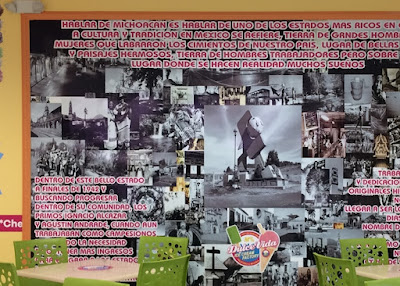 Meanwhile, their northern location, located on Cleveland Avenue just south of the I-270 Outer Belt, sports a similar interior scheme and service setup in a slightly smaller space than its western cousin. 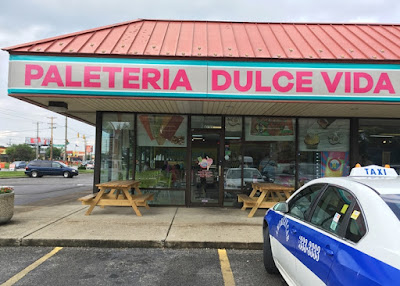 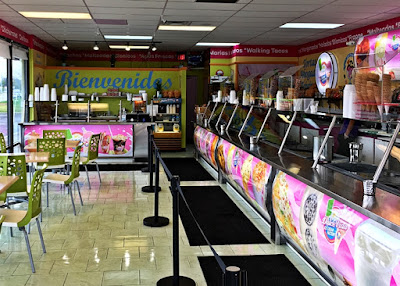 Like their fellow brethren Diamonds, Dulce Vida offers all manner of Mexican-styled fruit-based desserts (Bionicos, Mangonadas and Piña Loca, among others) and more savory items like Nachos, Papas, and Torta Ahogada sandwiches. Agua Frescas are also available to wash it all down. 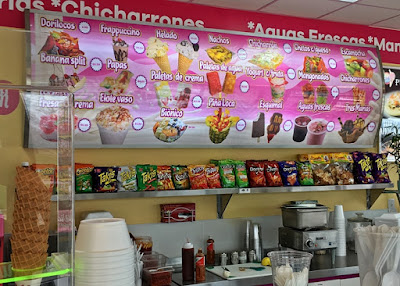 Dulce Vida's main calling card of course lies in their ice cream and paletas, and I admit those two items always end up being my pick on my visits. Their milk-based ice cream flavors use a very high butterfat milk, which gives them a nice taffy-like texture that I love working with when working with a couple scoops in a bowl. And their paletas are perfect for the hot days that are coming, easily stocked in large numbers in your own freezer if you bring by a mini-ice chest.

I have a tiny knowledge of Spanish and can translate some of the flavors (some of my favorites include Nuez (Walnut), Tamarindo (Tamarind), and Fresas con Cream (Strawberries with Cream)), but I've always found the servers behind the counter helpful for all visitors both with translations and samples of their ice cream. 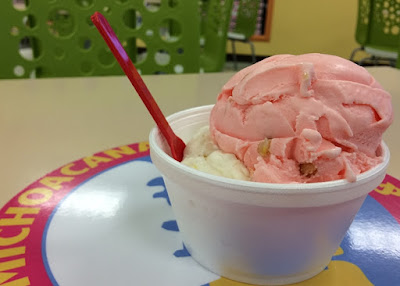 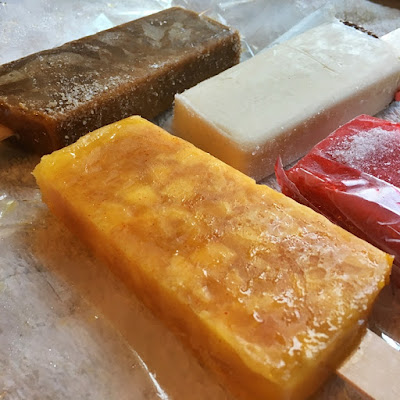 Having tried both Diamonds and Dulce Vida equally as much, I honestly can't say which one is better than the other. I'm sure those with more discerning palates might be able to make an educated call, but for me, I think the best part is that their expansions have made their treats more easily accessible now. In fact, if one were to construct a Columbus Ice Cream Trail, one could easily do a strictly Mexican-oriented crawl that consisted of the Diamonds's outlet in Linworth, the new Laguna Mexican Street Food on Hard Road and Smoky Row, and the northern location of Dulce Vida.

Of course, if you did this, it would be almost a crime if you didn't pop across the street after Laguna to the Indian ice cream flavors of Mardi Gras.  And two of Worthington's finest in Graeter's and Cookie Dough Creamery wouldn't really be that much of a detour either.  The thought is certainly pleasant enough to put you into a lovely sugar coma without too much effort.