Brews and 'Ques: A Wooly Good Day in Coshocton

It turns out the modestly-sized town of Coshocton, where the Walhonding and Tuscawaras Rivers merge into the Muskingum, at its largest was never more than 15,000 people in population. Despite its size, this town has brought forth a few surprises from within its borders, including being the birthplace of the modern promotional company  (Novelty Advertising Company was the first) as well as the birthplace of Steve Earle's favorite stalk-ee in alt-country artist Lydia Loveless.

So on a recent weekend with the urge to roam a bit and some time had passed since our last Brews and 'Ques venture, we decided it was time to pay this part of Ohio a visit for the first time ever. 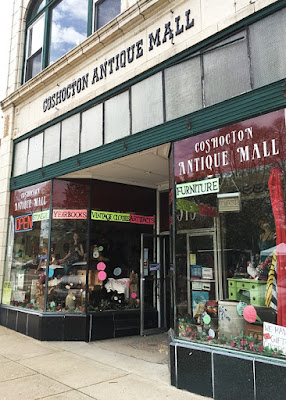 Downtown Coshocton was buzzing with activity during our recent visit, with a cardio fitness drumming class pounding away across the street from main plaza, and a modestly-sized farmer's market holding court in the plaza itself.  This din greeted us as we dropped by what by all indications is the largest antique shop in the area in the Coshocton Antique Mall. 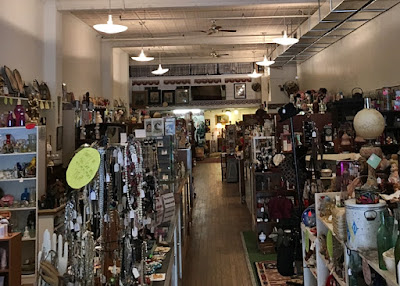 Residing in a building built just before 1930, this retail-oriented space pretty much holds the formula for what we have come to like in a small town antique store: a fairly large space (two levels worth) holding 30+ dealers, with a good percentage of quality vintage items at a range of price points, and just enough childhood nostalgia inducing and cheesy items to liven up the experience. This store is definitely worth a walk through if you have the antiquing bug and your travels find you in town. 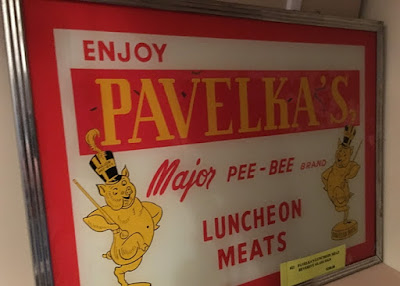 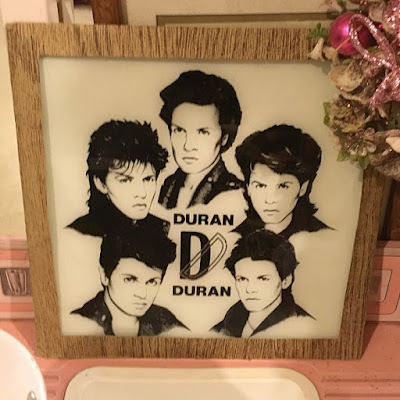 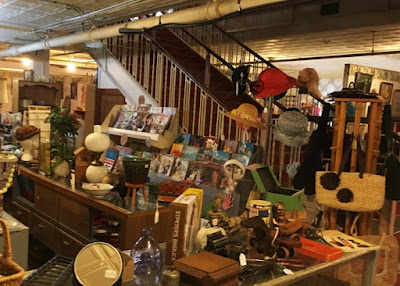 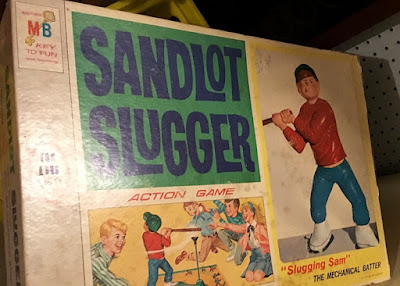 After wandering through the mall and around the farmer's market for a bit, we traveled a little farther east on the US 36 highway to a new arrival on Ohio's craft beer scene that truly fits the term "farmhouse brewery." 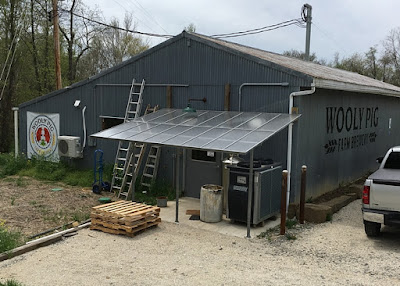 Opened in December 2017, Wooly Pig Farm Brewery sports solid brewing roots in founder Kevin Ely, who attended the renowned brewing program at University of California Davis and cut his teeth with one of the nation's larger craft breweries in Salt Lake City's Uinta Brewing.  When it came down to the choice of moving closer to family, the opportunity to purchase a farming property on the outskirts of Fresno, Ohio near his wife's family was too good to pass up.

If the big classic red barn building and the hop trellis system lining the main parking lot weren't enough to convince you of this land's farming pedigree, the brewery's unofficial official host will convince you of such if you decide to venture to the shaded outdoor seating area. 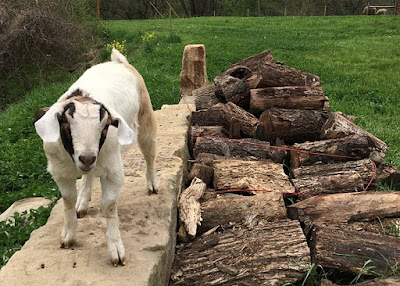 In a relatively short time, Wooly Pig has ramped itself up to a smoothly running brewery operation quite nicely. Aside from the previously mentioned aspects, the taproom inside, fashioned partially from wood found around the property, offers visitors a comfortable setting at almost anytime of the year. 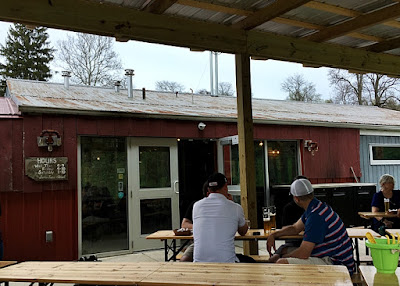 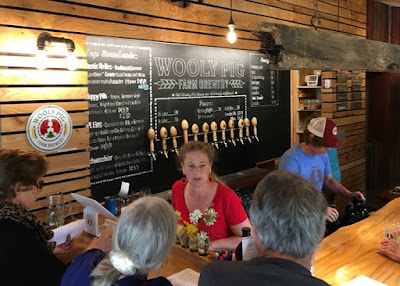 Bottles of beer to-go were available in a small fridge next some shelves dedicated to brewery swag, and presence of the Raging Avocado Food Truck (from Canton, less than one hour to the north) on this day mirrored the food truck/taproom model commonly seen around Columbus. 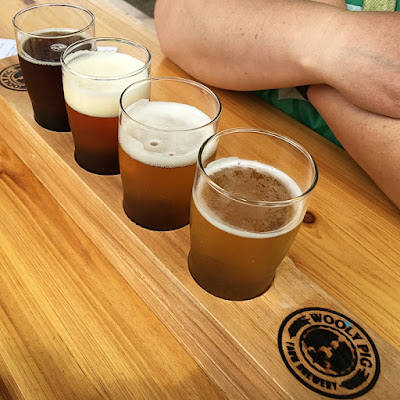 Wooly Pig's brewing focus leans toward the German styles of beer, in part sparked by the brewer's prior stay in the Bavarian region of Germany. The brews on tap proved to be perfect refreshment, with not a bad brew in the bunch. My spouse marked their Hoppy Pilsner as her favorite, while I gave my best of show to their second version of their India Pale Lager (appropriately named Zwei, the German word for two.) 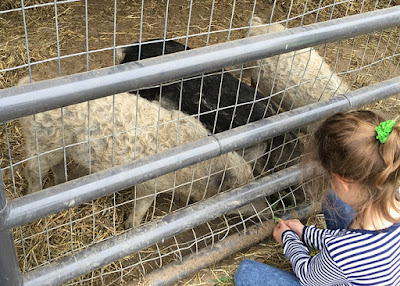 While many breweries tout a family-friendly atmosphere, Wooly Pig has it in spades, or should we say hooves in this case.  Apart from the roaming goat and the numbers of dogs brought in by brewery visitors, the star attraction is by far the resident Mangalista Hogs which live in various locations across the farmland surrounding the taproom. The hogs prove useful in three ways as they may be used as a future food item for the taproom, are happy consumers of the spent grains of Wooly Pig's brewing process, and are the objects of adoring attention by visitors old and especially young alike.