Amazing little factoid I'd like to share to you: by sheer chance in 2014, my wife and I stumbled into the first ever craft beer week for Greenville, South Carolina.  This fairly modest city of just over 60,000 people at the time hosted 20+ beer events that year, and we had a good time wandering around and trying out the craft wares of the area.

By contrast, Columbus, a city of more than 14 times Greenville's population and several times more breweries, had yet to have such a week to call its own.

Well, things have changed for certain: Columbus Craft Beer Week (CCBW) launched in 2015 and hasn't looked back since. Buoyed by an ever growing numbers (well over forty are projected to be operational by the end of his year), a highly successful corresponding Columbus Ale Trail promotion (more than 2,300 people earned the truly cool paddle and flight glass combo from 2017's version), and enthusiastic public support, I would say that CCBW has been a smashing success.

2018's version again sports a new Columbus Ale Trail promo, several new breweries to the scene, and a truckload of events big and small, straightforward and unique. In fact, it's a fairly sizable undertaking to digest all the offerings during the nine days worth of this craft beer celebration.

Having for launched into some Sisyphean tasks of late (such as my Columbus Pizza Map), I wanted to put together a quick and dirty cheat sheet of all the week's events for quick reference for my use so that even the more modest events would be easily located. It turned out to be a lot more work than I thought, but I figured that some of you out there might find it handy.

Thus, here it is - the first half of my quick and dirty Columbus Craft Beer Week cheat sheet, in categories that hopefully make sense to you as they do me. Some events may straddle different categories, so something isn't where you think it is, it should be in another appropriate category.

If something catches your eye, you can check out the official Columbus Craft Beer Week Event Page for a more detailed look at the event. And for those of you who are looking for the most highly anticipated events, our most intrepid source for all things adult beverages in Drink Up Columbus has some excellent suggestions. 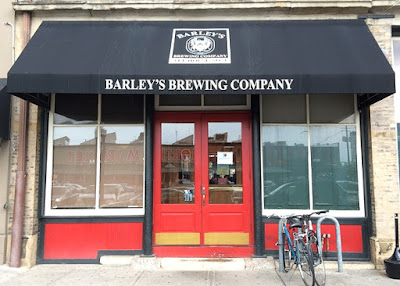 No Menu Monday - The Market Italian Village (fresh ingredients smoked at The Brew Kettle used to create their usual "No Menu Monday" staples.)

Buy One, Get One Free Day - All Chipotle Columbus locations (Sport your craft beer apparel in any area Chipotle, get a buy one/get one free choice of burrrito, bowl, salad or tacos.) 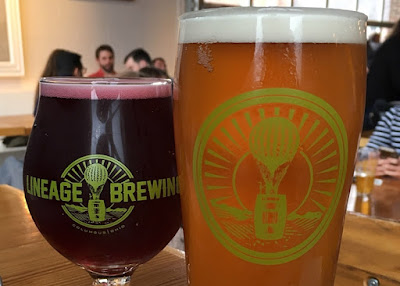 Beer Yoga Brunch - DogTap Columbus (Yoga paired up with beer and/or a brunch buffet as desired.)

Bend & Brew - The Draft Room (Market Garden; yoga paired up with a tapping of a Market Garden Barrel Aged Beer)

Beer & Burpees - Pretentious Barrel House (High-intensity workout heats for all levels of experience; drink tix for those who complete the workout. Charity proceeds go to the Nina West Fund.)

Brew and Bike Ride - Sideswipe Brewing/Lineage Brewing (Enjoy two versions of the Sideswipe and Lineage collaboration brew via a bike ride from one brewery to the other.)

FOR THE ACTIVE TYPES - 05/13/2018
Bend & Brew Mother's Day - Combustion Brewery and Taproom (Yoga, beer, and a tour of the brewery. Moms who buy a flight of beer get a free specialty cheese board.)

SIN Appreciation Night - World of Beer - Easton (celebrating all who serve craft beer in Columbus; 50% off drafts after 8:00 & music from 11-1) 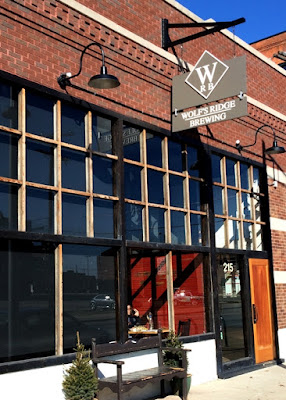 Bodega (Seventh Son, with a focus on brett, Belgian and big beers)

Half Pint (Actual Brewing - you get to keep the glass)

The Olde Towne Tavern (Platform, with a focus on sours) 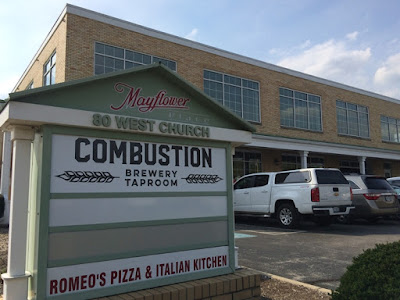 Science on Tap - COSI (Adult-oriented event featuring the science behind brewing and distilling, with local experts and plenty of samples)

Women in Beer! - Corner Stone Craft Beer and Wine (Seventh Son and Platform; meet and support women that make, sell, and promote the beer, with beer samples and more.)

Parental Playdate - Random Precision Brewing Company (Activities geared for the little ones while the adults enjoy brews and a food truck.)

UNIQUE EVENTS - 05/13/2018
Beer Class: All About IPAs - Wolf's Ridge Brewing (Education class focusing on IPAs: guided tasting of 5 IPA styles, including one guest beer, plus a token for a complimentary full pour.)

Window Art for Charity - Kindred Brewing (Donate to Flying Horse Farms, get to paint or draw a picture on a tasting room window pane.)

Land-Grant University: Hops 101 - Land-Grant Brewing Company (Learn about all things Hops and how they're used in the process of brewing and ingredients.)

Industry Night - Kindred Brewing (Monday is always Industry Night at Kindred, but with CCBW in full swing it's a good night to relax)

Women in Beer! - Corner Stone Craft Beer and Wine (Magic Hat and Wolf's Ridge; meet and support the women that make, sell, and promote the beers, with beer samples and more.)

Women in Beer! - Corner Stone Craft Beer and Wine (Abita and North High; meet and support the women that make, sell, and promote the beers, with beer samples and more.)

Rando Pint Glass (Giveaway) Night - all Daily Growler locations (Hundreds of pint glasses to give away; one given with each pint purchased starting at 7 PM with no limit.)

Homebrew Club - DogTap Columbus (Home Brewers Club Dogtap will look at some of the best/strangest ways to brew a good beer and give you a look at how BrewDog does it.)

Seventh Son 101: Tour, Taste & Learn - Seventh Son (Learn about brewing, tasting & drinking from the folks who run Seventh Son: get a tour, a tasting, a sticker and a T-shirt)
Posted by Joe