Never Too Many Cooks in The Kitchen Columbus 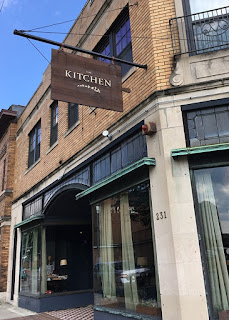 When it comes to restaurants, I've typically tried to visit at least twice before I even consider writing a blog post about it.  The general exceptions to this rule has been on our various travels, when the likelihood of visiting a particular restaurant is on the lower end of the scale.

But Columbus's The Kitchen is a different beast altogether.  You could visit this place twenty different times and get twenty different experiences.  But there's a certain appeal, camaraderie, and lively atmosphere that is completely evident after one visit, and is a common theme no matter what the event. 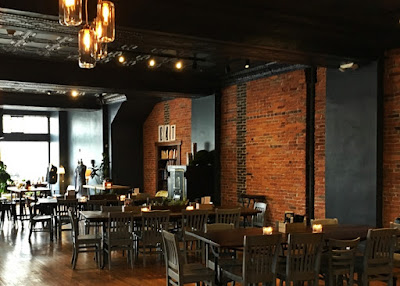 Opened by Jen Lindsey and Anne Boninsegna in the summer of 2013, The Kitchen offers up a space you wouldn't suspect was a video rental store in its prior life. Brick lined walls, tin ceilings and shiny wooden floors dominate the sight lines.  Scattered along the walls are several vintage items which enhance the feel of the space, and serve a practical purpose as well when it comes to holding wine bottles or books. 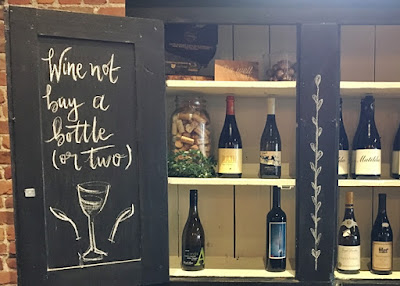 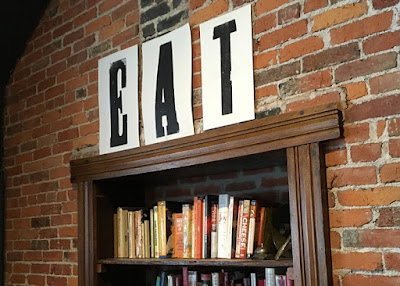 The venue itself is a triple threat when it comes to the eating experience. The closest in terms of restaurant type events lies in their themed Taco Tuesdays, which have evolved into a popular weekly event, and occasionally are accented with a charity element. Here, the themes rival the food in terms of creativity: if you can imagine it, it's probably been a Taco Tuesday theme here. 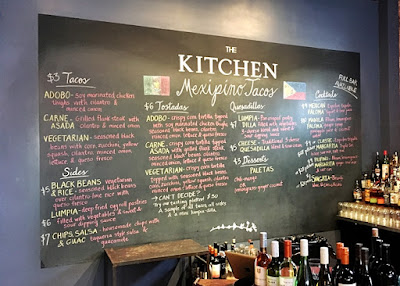 Our most recent experience with this night resided in their "Mexipino" Taco Night, which blended Mexican and Filipino staples in a slew of different taco, tostada, and quesadilla creations. Toss in some adult beverages (also themed) from their bar, and you're guaranteed a fun and tasty time, regardless of the night's theme. 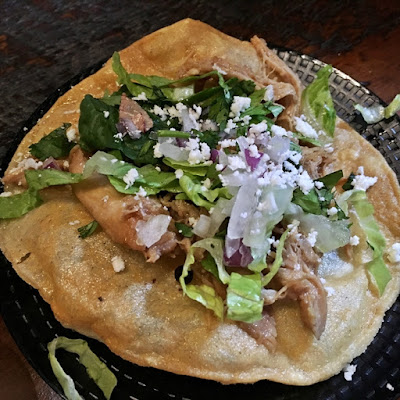 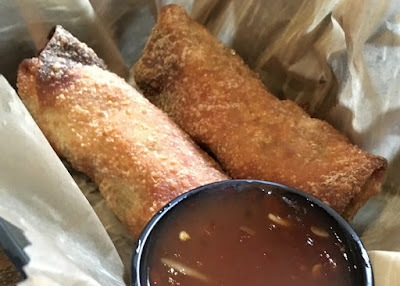 The Kitchen's second prong lies in hosting events of all sorts and sizes. Some are fairly modest, such as their 10 for $10 wine tastings on Wednesdays and the occasional Sunday brunch, while others are big privately catered affairs or large foodie events like the Turning Up The Heat night, featuring the delicious creations from the area's best female chefs.

Here, our first experience with this aspect came with the celebration put on by my fellow Columbus blogger, Breakfast with Nick, who was celebrating 10 years of tapping out his breakfast and beyond experiences on his excellent blog. This turned out to be a terrific event, with tons of creativity, and tasty bites created from both the staff and from outside sources like Jeni's Splendid Ice Creams and tons of donut places. It was proof positive that breakfast can be dinner any day of the week. 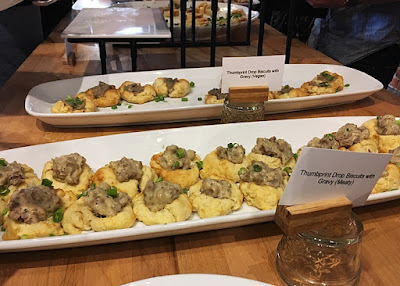 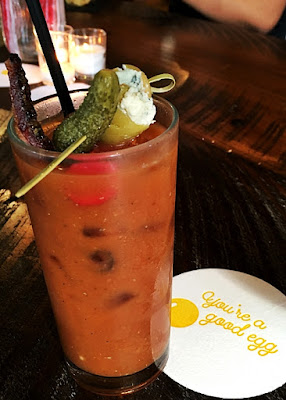 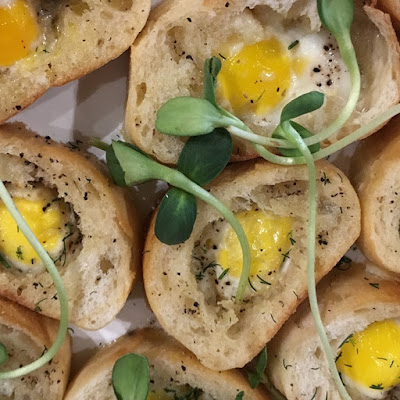 The third prong, which we have not officially partaken in but are eager to do so sometime, involves the The Kitchen's participatory dinners. Themed similarly to their Taco Nights, these gatherings allow you and a fellow group of enthusiasts to ease into things with drinks and charcuterie before allowing the chef in you to shine via food preparation. Once all participants have prepared their share of the meal, the staff there will do the rest and voilà, it's time to dine for everyone.

In all these cases, your experience is almost certainly going to be filled with lots of chatter and camaraderie with fellow food enthusiasts and plenty of tasty bites and beverages, all of which fit in with The Kitchen's credo to "bring people together, to celebrate and create memories through food." 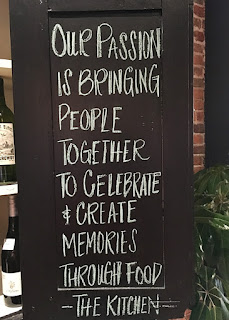