As I have mentioned in previous blog posts, breweries that re-purpose older historic spaces are among our favorites to visit. Earlier this summer, we trekked up to Ohio's far northwest along highway US 127 to visit the remade 19th century Methodist Church turned brewery and restaurant in Father John's Brewing Company and were truly captivated by its unique atmosphere.

On a recent weekend, my spouse and I, along with a couple of relatives, got to head a little farther south along that same road into Hamilton, the county seat of Butler County, to visit another uniquely renewed urban space that now houses Municipal Brew Works, the first brewery operations in the city in nearly 80 years.

Powered by the construction of a hydraulic power system (seen as a gamble by many), Hamilton established itself as a manufacturing powerhouse in the 19th century, pumping out everything from paper products to auto parts to railroad equipment. Not surprisingly, the city (which now stands at just over 62,000 people in population) also built up a good-sized brewery presence, with entities like Cincinnati, Eagle, and Martin Mason cranking out suds for residents up until Prohibition shut them down (the Hamilton Brewing Company made a brief post-Prohibition run before closing up their doors permanently in 1940.)

Similar to many Rust Belt cities, a decline in manufacturing led to some lean times in the city as the end of the new millennium approached. Hamilton officials have made a concerted effort to use the arts as a city revitalization point (besides a series of murals, the city was declared a "City of Sculpture" by Ohio's governor in 2000.)  While perhaps unforeseen back then, it turns out the art of brewing, in the form of Municipal Brew Works, which opened its doors to the public in June of 2016, has added to the area's fortunes as well. 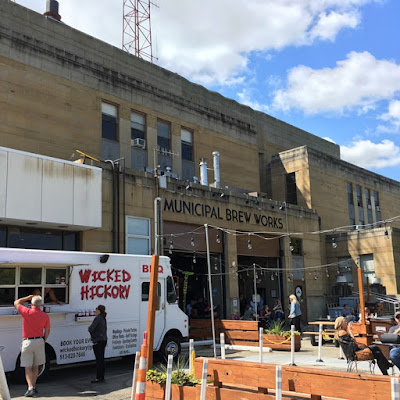 Municipal Brewing would not be if it weren't for the five co-owners, all with local ties, who had the foresight to bring brewery operations back to the City of Hamilton. The brewery's space, the city's original municipal building, turned out to be the proverbial "win-win" scenario for both the City of Hamilton and the brewery's owners, with the city able to offer the owners a financially-favorable deal for what was essentially an abandoned space. As we walked up admiring the building's art-deco styling, we noticed a lovely outdoor seating area with two open sliding doors leading to the interior. These doors were no fashion statement, as they helped house the equipment and firefighters of the city's Fire Station #2. 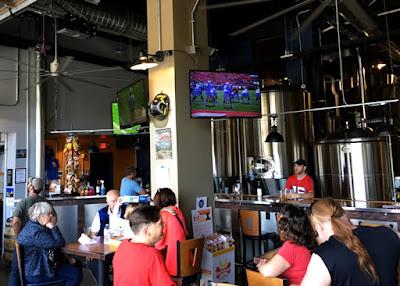 Despite the brewery modifications (fermentation tanks, chairs and tables, televisions, and the like), one can still see the shell of the old firehouse inside. Little pieces of fire station media could be seen scattered about and, as it turned out, provided a hint of what would become a memorable visit. 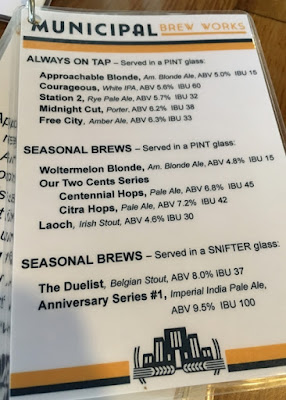 In what probably is a novel first for my spouse and I, Municipal Brew Works' menu and other particulars were included on plastic-coated flip cards. These cards included their scheduled food trucks on premise, and on this day Wicked Hickory BBQ from Cincinnati was dishing out the eats. Offering a variety of grilled proteins as well as kale(!) on a variety of formats (wraps, tacos, etc.), Wicked Hickory and its brisket had our colleague (who is pretty good with a smoker himself) raving pretty nicely. It's a small sample size for sure, but this one experience has at least put them in the back of my mind as a revisit should we cross paths again. 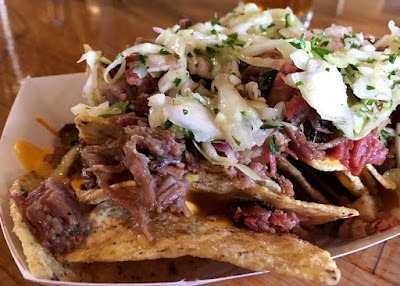 We worked our way through a few of their brews while we waited for the impetus for our visit. As it turned out, I was fortunate in winning a raffle prize which gave all four of us a brewery tour and beer tasting, which meant that Jim Goodman, one of the brewery's co-owners, would be our guide. 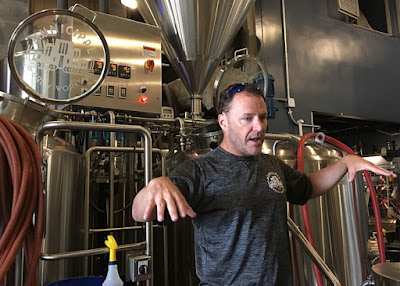 This is where the firehouse connection paid off in spades. Goodman (who proved to be a fabulous host) started off with the standard "how beer is brewed/how our brewery came to be" summary, but when he figured out that 1) we were all pretty familiar with the brewing process and 2) we were all history nerds to one degree or another and 3) one of us had a firefighting background, the tour shot up to the next level as we received a huge dose of the building's history, and how it helped, hindered and influenced the brewery's setup and operations (essentially, the owners tried to maintain the building's interior structure as is whenever possible.) 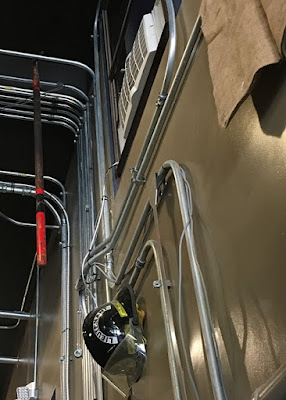 While we found out that the building housed many city services and enjoyed the stories related to them, our favorite tales resided in the building's history as a firehouse (even here, little mementos of that past were visibly present.)  how the men who served the public, both past and present, at Station 2 had come to appreciate the brewery. Perhaps the most notable story told by Goodman this day resided in Patrick Wolterman, who tragically died while fighting a blaze at the end of 2015.

Wolterman, who was not a fan of fruited beers, found himself out of his normal suds at a picnic and was forced to drink his wife's watermelon beer (ostensibly a 21st Amendment Hell or High Watermelon) and ended up enjoying it immensely. With the family's permission, Municipal brewed a watermelon beer as a tribute to him with proceeds going to charity.  Goodman noted that the success of these special tappings may lead to another batch being brewed for local distribution for additional fundraising. 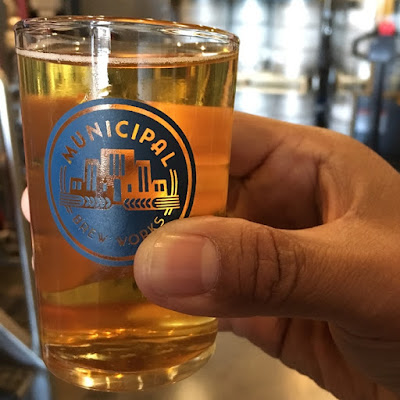 Speaking of the beer, the aforementioned Woltermelon Blonde Ale was indeed quite good, even for someone like me who is somewhat neutral on the fruit.  Rather than the Jolly Rancher flavor you get in many such creations, the essence of fresh watermelons dominate Municipal's brew, making it the perfect summer quencher.  And as it turned out, there's really not a stinker in the other styles we were able to drink this day, with mutual consensus favorites residing in their Station 2 Rye Beer and their Courageous White IPA.

As we closed out our tour that, Goodman emphasized that not unlike other craft breweries in Ohio, the folks behind Municipal Brew Works were as much dedicated to boosting the community and making the city a destination as they were to brewing good beer. The overwhelmingly positive response that they have received in their one-year-plus of operations as gratifying as anything they've experienced during this time.

I can safely say that if you find yourself in Hamilton and you have a thing for craft beer, you should drop by Municipal into the taproom, the taproom where it happens. 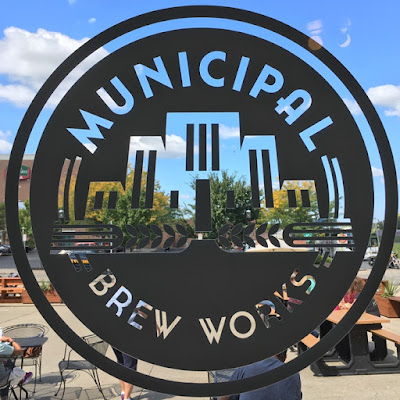