Ice Cream Chronicles (Yr. 4): Have We Got A (Mini-)Scoop For You

The tasting spoon is a somewhat underrated part of any ice cream shop, but it does have its limits. The dream scenario would be to sample every freaking concoction on any one visit, but obviously that's just generally not possible, if only for common courtesy's sake.

That's where the St. Paul-based Izzy's Ice Cream, located in the Merriam Park area of town, has something in their freezer cases that does that tiny little tasting spoon one better, in the form of the so-called Izzy Scoop. And we were lucky enough to drop by during our recent eclipse travels to experience it in person. 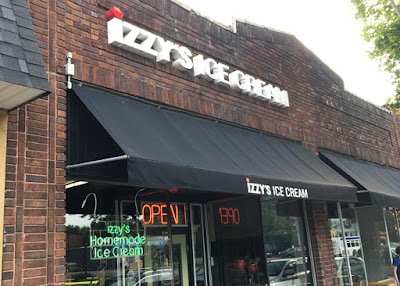 As ice cream shops go, Izzy's is a relatively new but seasoned arrival onto the Twin Cities' scene, opening up in its Marshall Street digs in July of 2000.  Despite some national exposure and fame (a nomination by Reader's Digest in 2005 as best ice cream in the land and a showing on a Chef Bobby Flay show), Izzy's has played the expansion phase nice and easy, only opening a Minneapolis branch in 2013. 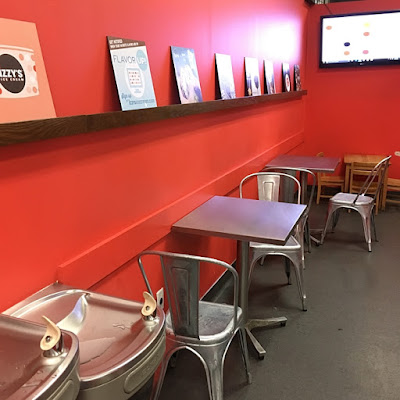 The inside of the store was a little bit plain-spoken compared to many other ice cream places I've visited, but it was more than functional, with large freezer cases toward the back hold pre-packaged pints as well as other confections like sandwiches and their "Izzy Pop", essentially an ice cream lollipop sporting a small scoop of ice cream coated in a chocolate shell on a stick. 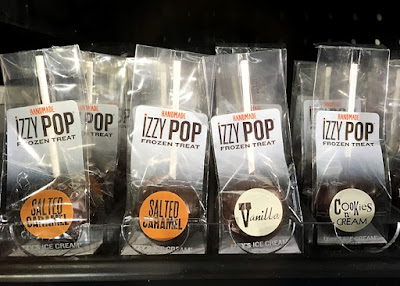 Izzy's ice cream flavors, posted on a LCD TV display, leaned mainly to the more familiar flavors with a some excursions into the more eclectic (such as the Umeshu Chocolate, which contained Japanese Plum Wine, and the Blue Mountain Spice, which was a Chai Tea confection with hints of cardamom, cinnamon and nutmeg.) Unbeknownst to us at the time, Izzy's sports a unique "Flavor Up!" system, which keeps you up to date both on the latest flavor being scooped as well as an e-mail option to let you know when your favorite is being served. 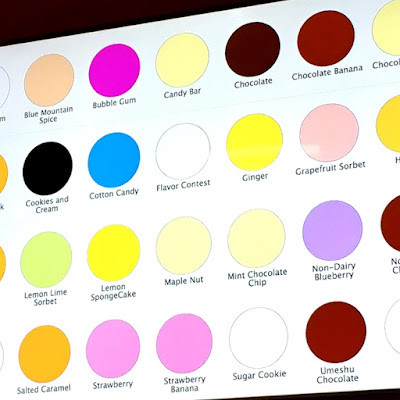 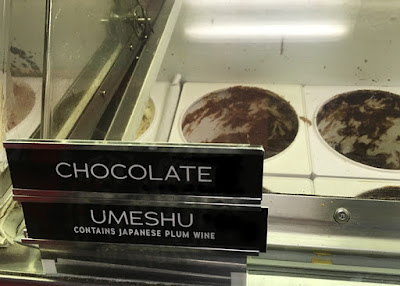 Here is where Izzy adds an extra-dimension to the tasting spoon with their so-called "Izzy Scoop". Of course, those tiny spoons are at the ready, and we went ahead and sampled our fair share of what looked good.  As we discovered, any single or double scoop you order comes with an "Izzy" mini-scoop right on top (a waffle cone wedge is also offered as an option, and who are we to refuse that?) For me, it was kind of a neat little "what the heck" way of trying a flavor that I hadn't sampled via the traditional tasting spoon, and it makes your scoops just look that much more visually appealing. 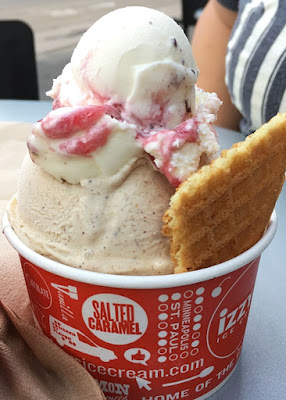 All our flavors, from the previously mentioned Blue Mountain Spice to the Salted Caramel (with a little more salty punch than others I've tried, a welcome thing) to the delicious Flavor Contest winners (a past winner Lemon Sponge Cake and this year's winner, the Little Italy (a raspberry Marscapone with chunks of chocolate and raspberries) were all highly enjoyable, made even better with a dose of perfect weather for sitting outside at the sidewalk tables.