Our recent vacation allowed us to knock another state off our "visited" list via a quick jaunt through North Dakota via Fargo. With a crammed day of travel (one of these days, we'll learn to slow boat it a little bit, but until then...) ahead of us, we could only spend a couple hours in town for some quick sightseeing and a quick lunch meet up with a friend.  Thankfully, the largest city in the state makes it pretty easy for some concentrated tourist-type activities, simply by dropping by the local Visitors Center.


Here you can find several activities worth snapping off a few photos with your camera. Not only can you find a multi-colored bison, but the somewhat unique Fargo Walk of Fame, which actually has more people who have visited Fargo memorialized than it does people who are from the city itself. 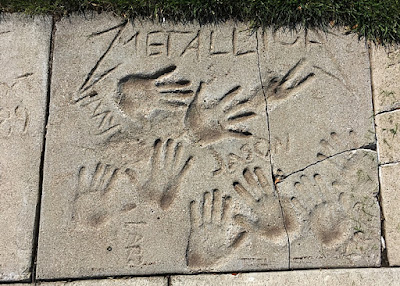 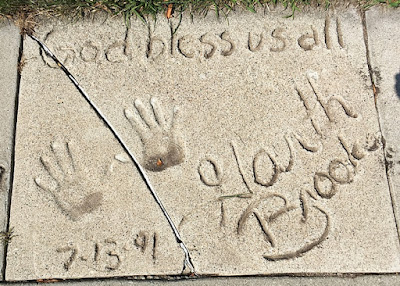 Perhaps the grand dame of the ball of this small slice of Fargo is the memorabilia related to the city's namesake movie. Released in 1997, the film's stark snapshot of this region through the filter of a kidnap-for-profit-scheme gone bad and the plucky, smart-as-a-whip, and very pregnant small town sheriff who figures the whole thing out ranks as one of the favorites of the Coen Brothers' stable of cult favorites.

While Fargo itself was barely used in the filming, city officials have embraced the film's fame, with both of the movie's woodchipper machines - the "stunt double" machine remains outside, while the one actually used in the film (complete with mannequin leg) in the film's most notorious scene lures most people inside the center itself.  If you do make it inside, the helpful staff will offer you the use of genuine winter-tough ear flap hats for wearing, guaranteeing you'll get the ultimate cheese quotient with your photo op. 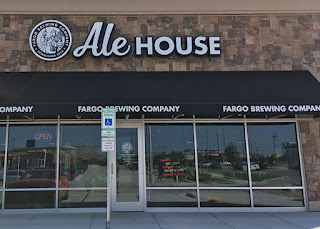 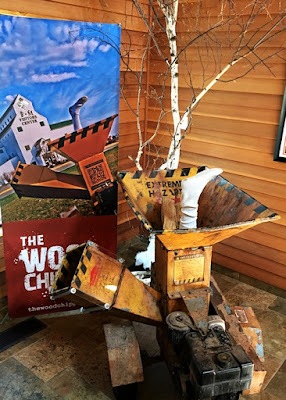 Handling all that awesomeness at the Visitors Center got us pretty thirsty, and conveniently for us beer lovers, the Fargo Brewing Company Ale House lies just two blocks away. 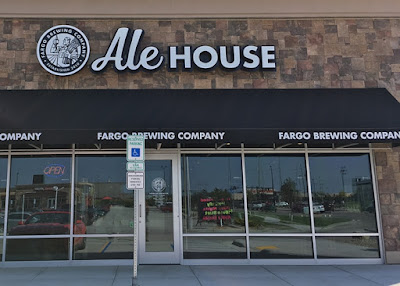 Established in 2010 by a quartet of co-owners, Fargo Brewing ranks as the oldest brewery in this country's 39th state. Their Ale House, established in the southern part of the city in 2016, surely looks like a good portent for the local beer scene, offering another destination for craft suds along newcomers like Junkyard Brewing (just across the state line in Moorhead, MN) and Drekker Brewing. 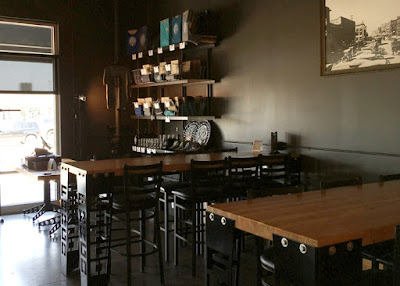 The Ale House's modernly developed strip mall spot doesn't offer much in the way of atmosphere, but the brewery does throw in some neat little design touches, such as the "Fargo" cut plate table legs on the longer tables and the brewery logo dominating the wall next to the tap area. 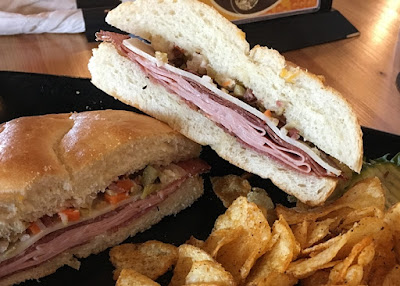 Fargo Brewing offers up a fairly familiar repertoire of appetizers, charcuterie and sandwiches. Our sandwich combos won't win any gourmet awards, but they were well-crafted, inexpensive, and went well with our brews. 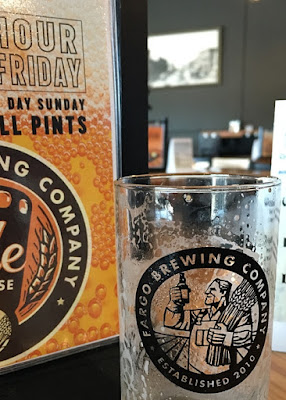 On the beer front, the Ale House sports 16 taps, including their most popular brew (the Woodchipper IPA) as well as some seasonal traditional German styles on the day of our visit, including a Dinkelbier brewed with spelt and a 7th Anniversary Doppelbock. Perhaps befitting the weather reputation of the area, our favorite brew turned out to be the Sodbuster, a Porter which would be perfect when the temperatures dip toward the single digits. 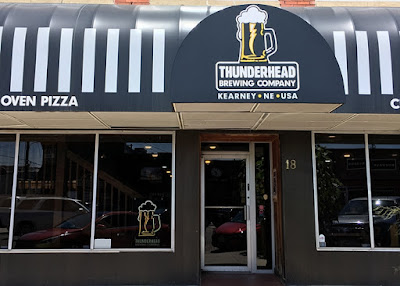 l
Later in our trip, we ventured into the county seat of Buffalo County to sample some of the brews of Thunderhead Brewing. Opened up in 1999 by members of the Schaben Family and Jason Wacker, the pizza-and-beer oriented brewpub now sports three locations throughout the state of Nebraska. 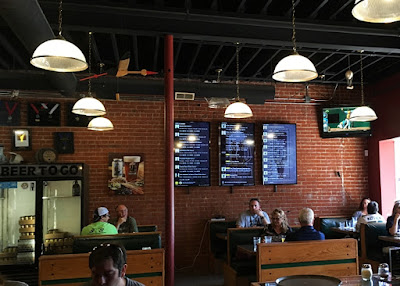 The inside of Thunderhead sported bench-like seating and an assortment of style elements, including LCD displays of their beers on tap, an upstairs area, as well as a colorful mural closer to the back. If you closely above their "Beer To Go" refrigerator case, you will notice the brewery has done quite well in the mead-producing world, earning a few medals at the renowned Mazer Cup. 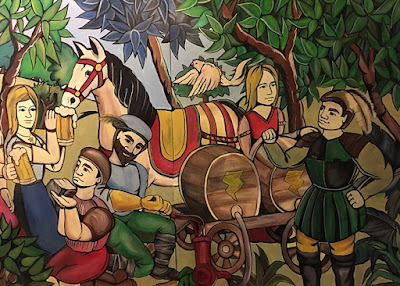 The brewpub was a bit swamped with patrons (mainly from folks in town for the eclipse), so service seemed a touch on the slow side this day. However, we didn't really mind as we had a bit of a rarity on our road trips in terms of no real time deadlines, and we sat back to enjoy a couple beers, including the solidly thirst-quenching Prairie Peach Wheat and the really lovely Your Argument is Invalid Russian Imperial Stout. 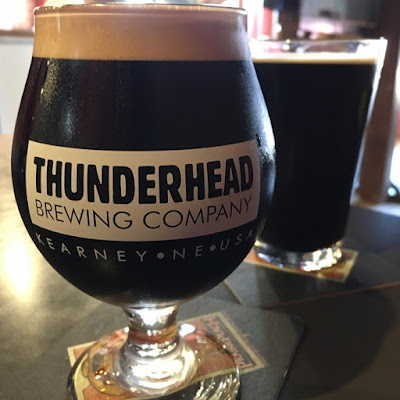 While Thunderhead features a pizza-oriented menu, they had other tummy padding options on the menu, including what we ordered this day in the Bierock (which I realize now may actually be their version of a runza sandwich, with peppered ground beef and sauerkraut stuffed inside a dough pocket) as well as their so-called "Thunderspud", a sliced-up baked potato loaded with all sorts of goodness like roasted chicken and bacon and topped with jalapenos and pepper jack. 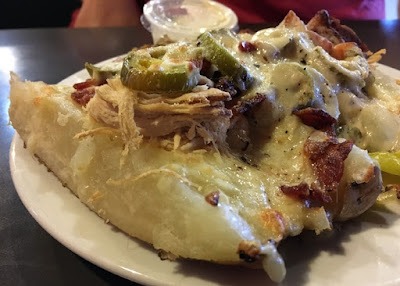