Feeling Minnesota: I-94 Hot Dish with a Side of Big Ole

A regional specialty, the Minnesota Hot Dish is typically a casserole consisting of a starch, a protein (typically meat), and vegetables (canned or frozen) all brought together with canned cream soup. Our trip up to this point into Minnesota was something of a tourism hot dish as well, with a little protein (Spam from Austin's Spam Museum), a little starch (ice cream from Izzy's), and some "soup" in the brews from Surly Brewing.

Okay, I admit that's a bit of a stretch, to say the least. Most would agree though that for spending one whole day in the state, that is a pretty full platter in and of itself. But my friend, we got in much more on this brief 24 hours or so in the state, because, well, that's how we roll, you betcha'.

Heading westward on I-94 out of the Twin Cities towards North Dakota, you quickly get an idea of why this state is nicknamed "The Land of 10,000 Lakes", with lake after lake dotting the rolling countryside as you wend your way northwest. Going this direction, you don't really notice the curious patch of concrete peering over grove of trees next to (what else) a smattering of lakes, but thanks to Atlas Obscura, we knew where to look. 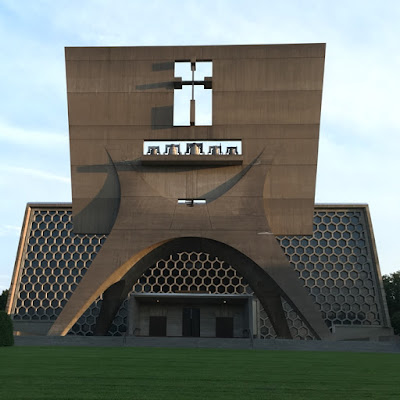 Located in Collegeville, Saint John's Abbey Church provides the central gathering point for the Abbey's Catholic Benedictine monks and those who attend study at the theological school. With my wife and I growing up with a Catholic upbringing, we were struck by the monolith-like structure of this particular church, which was really unlike any we had attended in our travels.

Essentially, the church is the result of a visionary Abbot (Baldwin Dworschak) hiring influential modernist architect (Marcel Breuer, whose most famous work is the Whitney Museum of Art in New York) to construct the church as a audacious statement of both faith and future-leaning thinking. Perhaps exampled in the latter are some of the Abbey's ventures over the years, including founding of the Hill Museum & Manuscript Library (dedicated to digitally preserving ancient manuscripts around the world) and Minnesota Public Radio (best known for producing the long-running Prairie Home Companion radio serial program.)

Interestingly enough, as stark as the structure looked on the Internet, it was actually more elegant and just a bit awe-inspiring close up, and hints of color could be seen in the stained glass windows within the honeycomb lattice. Our only regret on this visit was that we didn't venture inside; from what we have seen posted by others, the unique interior would've only added to our appreciation of such a unique structure. 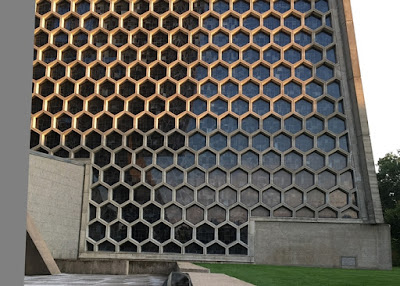 We next made our way next to Alexandria, a town which touts itself as "The Birthplace of America" based on the discovery of the Kensington Runestone, found on farmland just outside of this town limits in 1898.  While most scholars believe the stone, which details a record made by Scandinavian explorers to the area in the 14th century, is a fake, there are those who believe in the stone's authenticity, including (not surprisingly) many of the town's residents.

Sadly for us, a visit to the town's Runestone Museum (which not only houses the stone but also holds a large replica Viking ship and other area-related exhibits) was not in the cards, but we were fortunate that one of Minnesota's towering attractions lies right next door in the form of "Big Ole", a 28-foot-tall Viking statue. "Big Ole" was originally constructed in 1965 for display at the New York World's Fair along with the runestone before he was moved to his permanent home, guarding the south shore of Lake Agnes across from the museum. 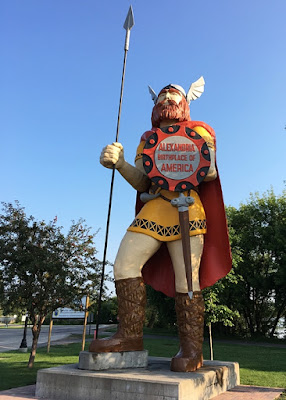 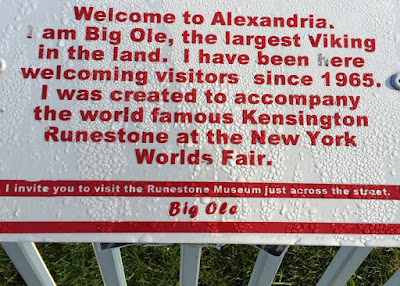 As it turned out, Alexandria had its share of tasty eats. Pike and Pint Grill, located in Viking Plaza Mall is something akin to Columbus' Matt the Millers chain of restaurants, featuring slightly upscale American pub favorites, a selection of craft beer and cocktails, and plenty of televisions to watch sporting events. At this point of the day, we would've been satisfied with serviceable appetizers, but what we ordered proved actually a notch higher than expectations, including the very tasty Northern Pike Corn Dogs. 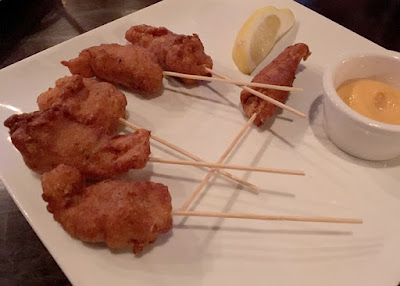 The next morning, we dropped in for some breakfast treats at Roers Family Bakery, located in Alexandria's downtown area. 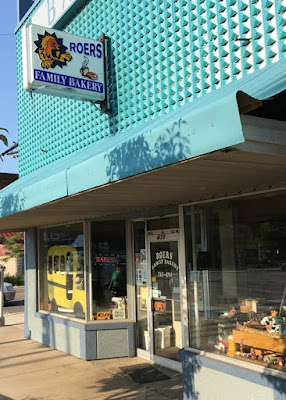 Providing baked goods for town citizens since 1936, Roers is one of the last and older family-run and owned bakeries in the state.  All the familiars are here, from cream horns to cinnamon rolls to cupcakes, and some regional specialties like Brat(wurst) Buns, Lefse (a flatbread of Norwegian origin) and Minnesota Wild Rice bread loaves. 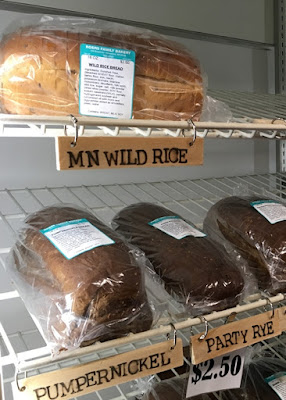 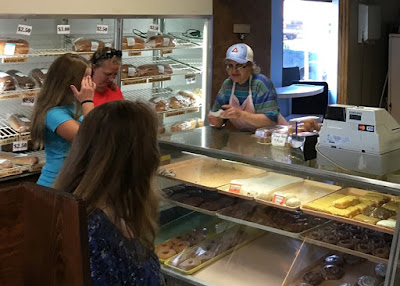 Things here are still made from scratch, and it showed with our scrumptious (and very inexpensive) pastries, including a Danish with fresh fruit and cream fillings and a Pecan Roll.  Paired up with a couple brews from Caribou Coffee (it may be a chain, but we both still miss it being around here in Ohio), we had perfect get-on-the-road sustenance for our travels farther west. 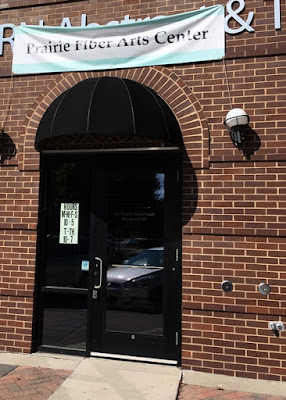 Our final stop in Minnesota is a result of my spouse's favorite shotgun seat hobby in crochet and knitting, and finding yarn shops has been an unreported part of this blog...until now.

The Prairie Fiber Arts Center in Moorhead, MN, is actually the reincarnation of the Prairie Yarns store, which operated for nearly a decade just across the state border in Fargo, ND.  As noted in this article at Inforum.com, new owner Verna Kragnes has gone for a more minimalist feel (the new space is 500 square feet smaller than the previous location, but does sport an area for locals to sit and knit) with an added emphasis on education. My spouse really enjoyed the place, grabbing some local brands of yarn and likening it to The Yarn Shop at Kenny Centre in both selection and price. 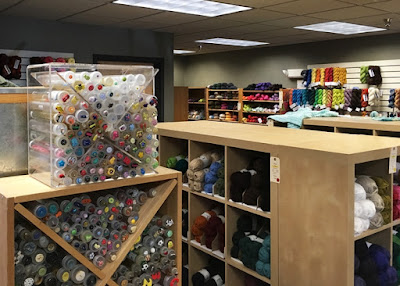 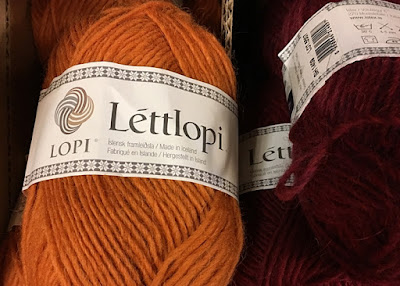 For more information about St. John's Abbey and the related church (Google Maps link), please check out their website at saintjohnsabbey.org

For tourism information about Alexandria, MN, please consult their website at ExploreAlex.com