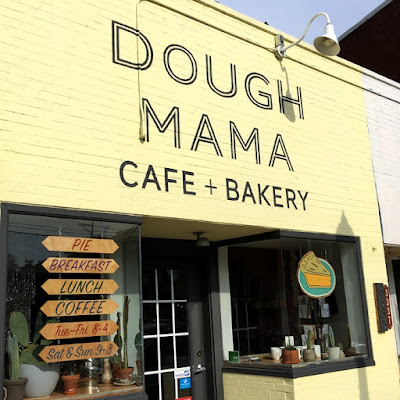 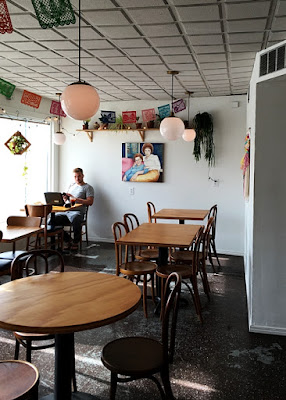 Similar to Sassafras, Dough Mama's space just south of West North Broadway (note to those unfamiliar with Columbus: West North Broadway is not a misprint) is fairly compact, albeit with a touch more seating than its northern counterpart (the recent opening of a back patio area this summer has also added some welcomed capacity.)  Another distinguishing factor Dough Mama sports can be found in a collection of shelves featuring a number of local craft vendors' wares right next to the ordering counter. 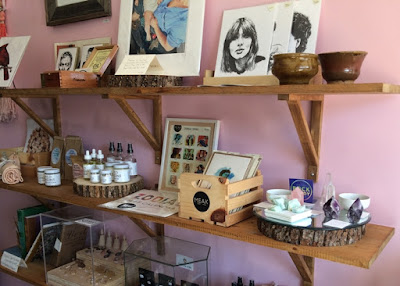 Also like Sassafras, the eatery's pies take center stage in the display case, not surprising considering it was the pies of owner/founder Perrie Wilkof which drew raves at events like the Clintonville Farmers' Market and the Columbus Flea, as well as numerous eateries which featured her wares, before the establishment of her brick and mortar in November, 2015. 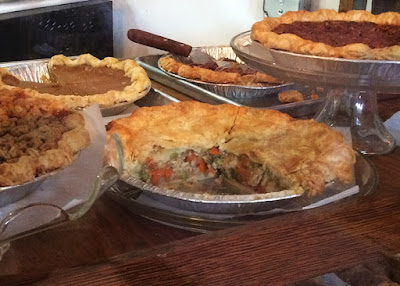 Of course, one cannot live on just pie alone (though I'm sure that would be one heck of a delicious experiment) - Dough Mama sports a select menu of cafe-styled breakfast and lunch favorites, with plenty of local sourcing (Foraged and Sown, Swainway Urban Farm, and Thunderkiss Coffee, among others) and seasonal variety.  For example, this satisfying French Toast, featuring Dan The Baker bread topped with berry jam, graham cracker sprinkles and a side of lime curd, came featured a week later with local favorite Branstool Orchards peaches and a peach-vanilla syrup. 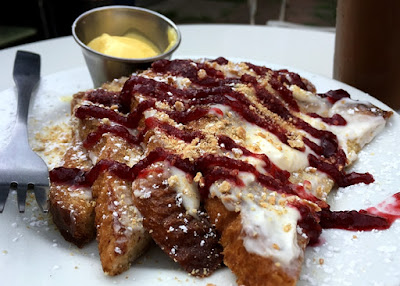 Big portions will never be the realm of a place like Dough Mama, but what is offered rates highly in taste-to-volume proportion, whether it be items like their Ham Biscuit (featuring pickled onions, egg and horseradish sauce as well as a side salad) or any of their seasonal quiche creations. 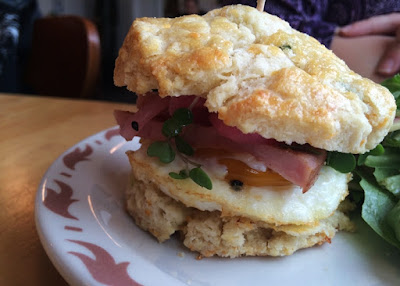 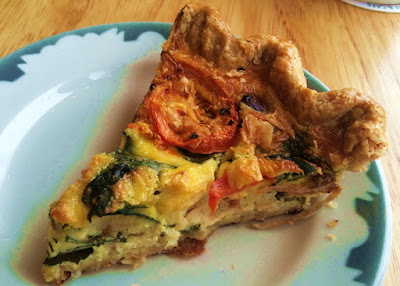 Of course, there's nothing says you can't not indulge at Dough Mama. And while there are other baked goods to satisfy your sweet tooth here, including cookies, muffins and bread puddings, adding a pie (either the traditional sliced or the increasingly found hand pie) to your order probably provides the best way to do this.  From the Lemon Lavender Chess Pies to the Maple Bourbon Pecan Pie (so delicious, I forgot to take a picture) to their seasonal berry pies, perhaps this is as appropriate a sandwich board sign as any to greet the Dough Mama diner. 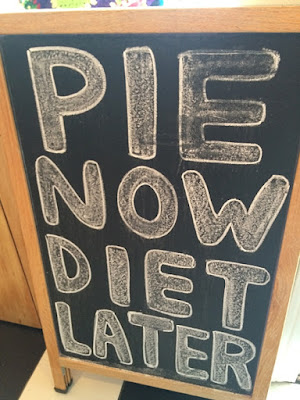