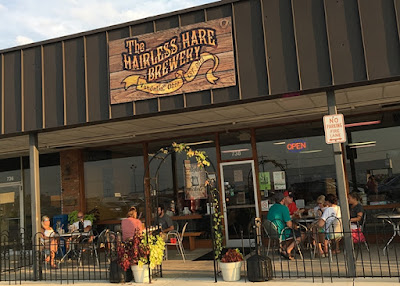 Hairless Hare, located just north of Dayton in Vandalia and member of the Ohio Craft Beer Association, has been plugging along at their craft for nearly four years, earning a couple of "Best of Dayton" awards from Dayton.com along the way. Perhaps unsurprisingly, with the boom of craft beer within the state, brewery owners Mike Legg and Matt Harris have just recently announced a planned second location in an old firehouse in nearby Fairborn. 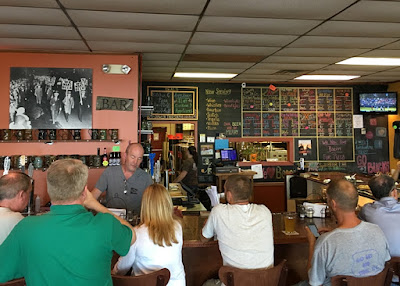 Currently, the brewery operates in a strip mall in Vandalia. While such a location doesn't inherit a lot of natural charm, the owners have done a good job of squeezing out a homey, brewpub-type feel within, as well as working in a small patio outside. Things you'd find in many breweries these days, such as an assortment of games and a mug club (in this case, the cleverly named Ugly Mug & VIP Club), are present here at Hairless Hare. 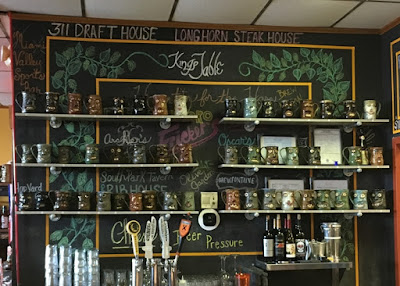 Hairless Hare's food menu appears centered on its pizzas. Hoping to make time out to the Plains, we opted for the sandwiches, which were quite serviceable in a nicely salty Reuben and a sloppy Brisket sandwich. It's rare to give kudos to a side dish, but if you like your slaw tangy, their Broccoli Slaw is one of the more standout versions we've had, mirroring the potency of Korean Kimchi. 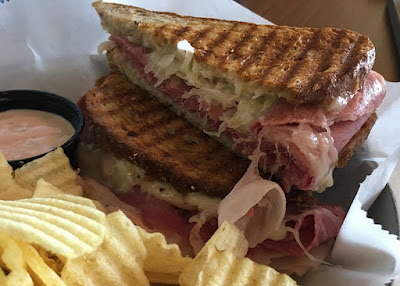 For the most part, Hairless Hare's brews are of the easy-drinking, pound a couple after work variety. This is not to say they don't have their more potent styles: their Cold War Russian Imperial Stout, something we had both enjoyed at the final edition of the Columbus High Gravity Hullabaloo a couple years back, was on tap and easily won our favorite brew of the night. 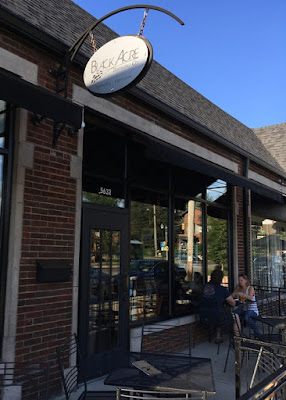 On the back end, Indianapolis' Black Acre Brewing has been at the game for just slightly longer, opening up in the up-and-coming Irvington neighborhood in February 2012.  The strip of buildings in which Black Acre resides reminded us of back home in Columbus, specifically Grandview Heights in the area around the Bank Block (home of the very first shopping center to integrate parking into its design.)

Inside, darker shaded rustic features blended with tile floors and industrial touches were quite appealing; after some debate, we concluded that the space, while reminiscent of some other breweries both in and outside of Columbus we had previously visited, was a fairly unique affair. 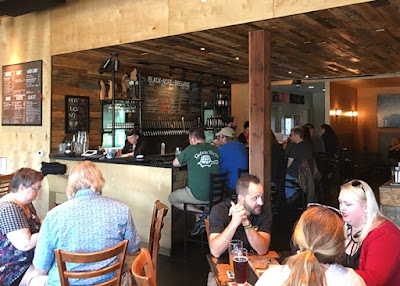 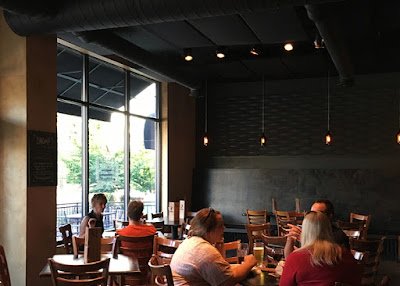 Receiving increased production capacity to a 15-barrel system in late 2014 meant more taps for Black Acre's substantial inventory of on tap beers. These brews turned out to be a pretty satisfying cherry on top of the vacation sundae before headed back home; nothing we sampled this night that could be considered boring. Our mutual favorites resided in the Phantom Cat Stout (which adds a companion to another Indy favorite of mine in Flat 12's Pogue's Run Porter), the potent but not overbearingly tart Cherry Ol' Fritz, and the Saucy Intruder Rye IPA. 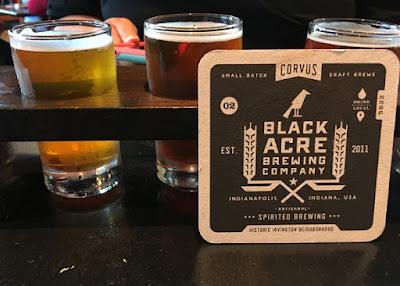 The menu, focused on charcuterie-type preparations and panini-style sandwiches, also seemed a half-step up from the typical brewpub sandwich fare. We both gave a hearty thumbs-up for the Italian Panini, with added bonus points for the side salad option in lieu of potato chips. 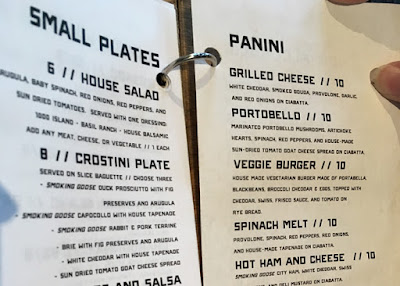