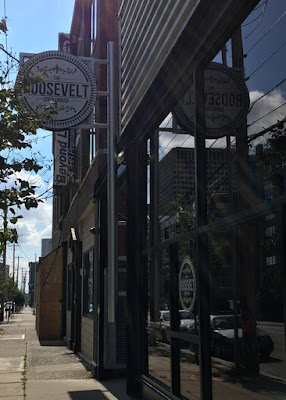 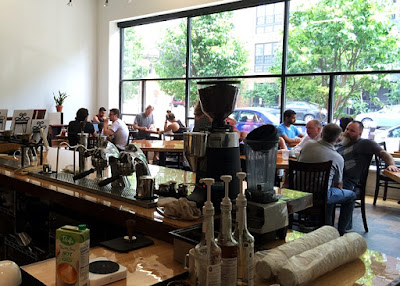 From strictly the coffee business side of things, Roosevelt may be the most sunlit coffee cafe in the metro - a large, windowed facade lets in plenty of outdoor sunlight, a definite bonus in my book, with additional tables outside in the passageway leading to the west side entrance. With all the residential development around this cafe in the surrounding Discovery District in the past couple years, I'm sure this aspect ranks as a bonus for all the new residents of the area who frequent Roosevelt. 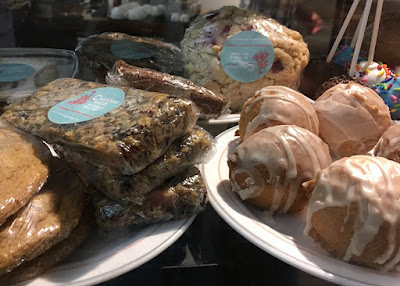 Currently, Roosevelt has settled on using a combination of beans from well-regarded Portland, Oregon-based Stumptown Roasters and local purveyors One Line Coffee for their coffee beverages. All the basic espresso-type drinks and drip coffee (including Chemex and Hario V60 prepared) can be had here, as well as various teas, juices and hot chocolate.  A special summer menu includes some intriguing beverages like the Roman Mule (a combination of ginger beer, lime juice, and espresso) and a 'Spro Cone (a snow cone with coffee concentrate). 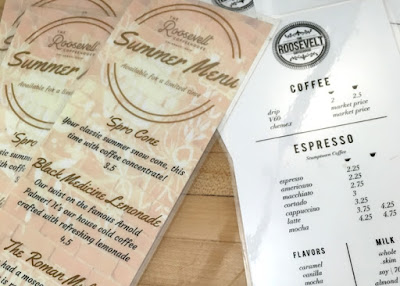 Food options available here include some very familiar local purveyors, including Sammy's New York Bagels, Destination Donuts, and gluten- and nut-free Cherbourg Bakery. No matter what you order, you can count on service to be as well-oiled as a made-to-order coffee shop can provide, with plenty of staff members on a first name basis with the regulars and smiles all around. 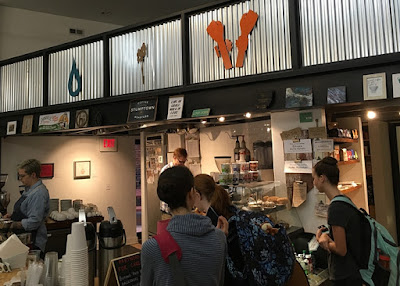 A first-timer visiting this coffeehouse may not notice the facade above the main service area, where symbolic representations of this coffeehouse's original charity foci (providing clean water access, aiding hunger relief, and preventing human trafficking) reside. This charitable mission is what indeed fueled the founding of Roosevelt first and foremost, and they have succeeded mightily here as well, if the eye-catching graphic depicting their accomplishments found at the cafe is any indication (as noted in Fisher Ink Magazine, over $30,000 dollars had been donated by the coffeehouse to various causes through August 2016.) 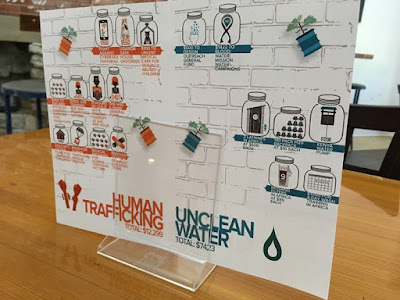 With this combination of charitable giving, quality coffee and service, and community focus, it's easy to see how Roosevelt (a member of the local Columbus Coffee Trail)  has made itself into a popular destination within the metro and earned itself a "Best Coffee Shop" designation by readers of local publication Columbus Underground in 2016.