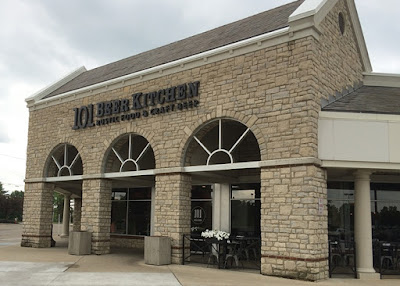 Like their Dublin location (which I blogged about originally back in March 2015), 101 Beer Kitchen's Westerville and Gahanna locations sport similar style elements as well as the same pairing of elevated, seasonally changing pub creations and a diverse selection of craft draft and bottled beers. 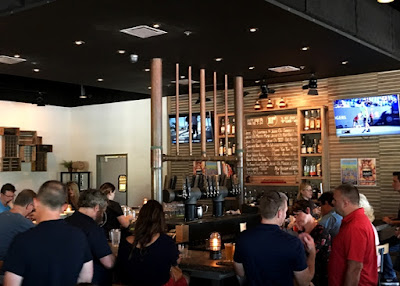 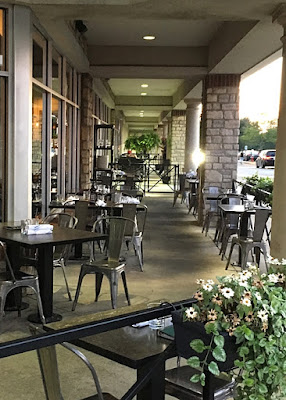 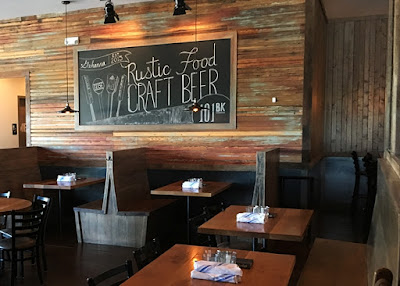 Meanwhile, Jackie O's (which I blogged about at the end of 2015) seems to always be a must stop whenever we're driving through Southeast Ohio, ranking as one of the best Ohio breweries as well as Top Fifty breweries in the nation for several years running with its diverse selection of well-crafted beers, from its flagship beers like Mystic Mama IPA and Razz Wheat up to its hefty barrel-aged creations like Dark Apparition and Brick Kiln. 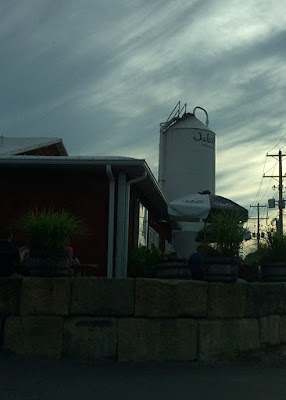 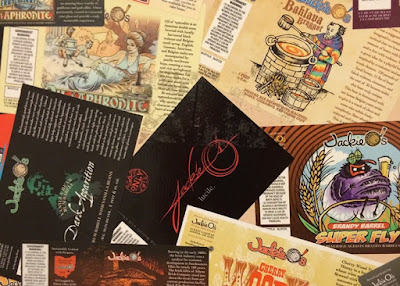 Created by 101 Beer Kitchen chef Julian Menaged, this beer dinner promised some extra special tastiness via access and use of produce directly from Jackie O's farm in tonight's dishes. Before and throughout the dinner, Chef Julian and representatives from Jackie O's engaged a packed house, relaying tonight's menu plates as well as details related to both the restaurant and the brewery. 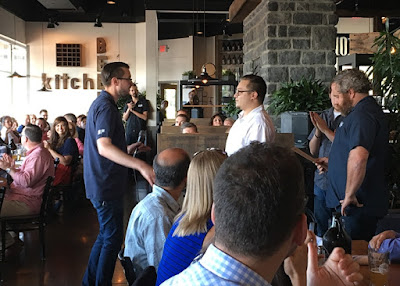 Our first course showed us how even a subtle food creation can enhance a beer.  The Grilled Shrimp was a pretty simple creation, served with roasted tomato sauce and a cucumber fennel salad. However, it added some zest to the paired up Light Bulb Pale Ale, brightening up the brew's fennel and citrus profiles. 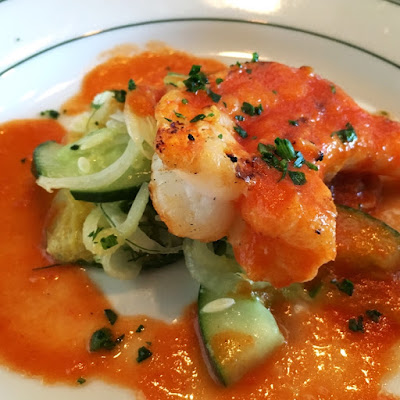 As we discovered, the intensity of flavors on our dishes magnified as we progressed through the meal. The pomegranate glaze on our St. Louis Rib first course was present but not overpoweringly so, pairing up nicely with the bed of braised Swiss chard it rested on. It went even better with the Sparbock Bock Ale, a uniquely carmelly brew (and my personal favorite this night) which turns out just slightly different each year on purpose and is brewed in memory of a man (Jon Sparhawk) who helped put together what is still considered the premier event on the Ohio craft beer calendar in Athens' Ohio Brew Week. 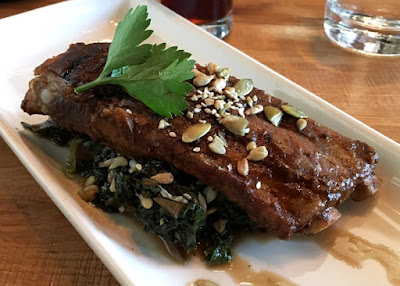 The second course proved to be the most satisfying combination of beer and food for both my spouse and I. The Seared Barramundi (a fish most commonly found in the Pacific Ocean near Australia) had all the texture contrasts that you could want in a dish (a flaky fish filet, a toothy farro, a tender "massaged" kale, and crisp pickled beets.) Mixed in with a just simply delicious marinade, this plate paired up nicely with the tart and just lightly salty Jackie O's Gose. 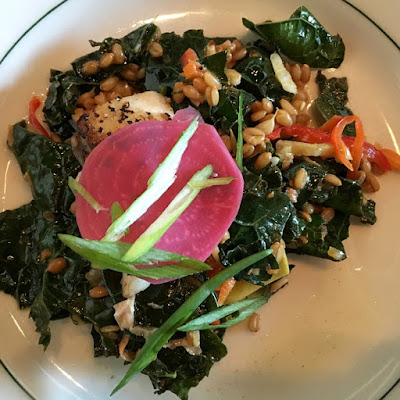 The main course switched the beer-food pairing up a bit, in that the beers (Jackie O's flagship brews Mystic Mama and Hop Ryot) were a nice palate cleanser (along with the small batch of arugula) for the unctuously decadent flavors found in the Confit Chicken Thighs, enhanced with a chili bacon fat butter and a Rye Waffle that actually added something to the equation. This also may be the first time ever where we had a meal when the chicken fell off the bone more easily than the rib dish did. 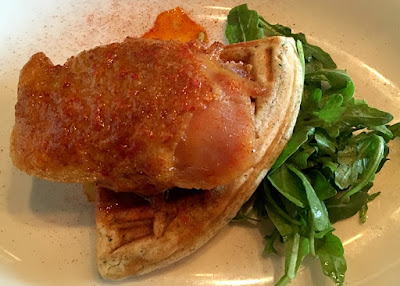 By the time the final dessert course hit the tables, we were pretty close to gastric capacity, but we weren't about to let the Panna Cotta infused with habanero, coco creme, cinnamon and topped with a Raisin Compote go to waste, especially when paired with Jackie O's Barrel Aged Oro Negro Imperial Stout (my spouse's personal favorite this night), which also sported habanero and cinnamon as well as black walnuts, vanilla bean and cocoa nibs. Both elements here had plenty of mouthfeel and sweetness to them, but the pepper heat from the brew was much more dominant than what came from the dessert, the latter providing some mouth cooling when alternated with sips of the beer. 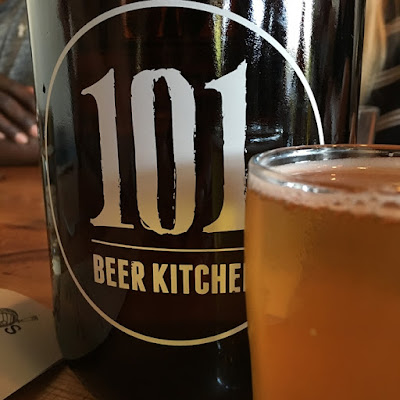 Overall, this turned out to be a uniquely fun culinary experience, and definitely one we will seek to experience in the future more often. Perhaps the best news on that front is not only does 101 Beer Kitchen keep holding these events (upcoming events include a beer dinner featuring Columbus Brewing on August 22nd at their Westerville location), but others are joining the fray, including the Brewery District's Copious (with Lineage Brewing on August 23rd) and Rockmill Tavern, which has launched a Monthly Monday Night Beer Dinner series.)  For those who want to explore the culinary side of your favorite brews, the future in Columbus looks especially bright.