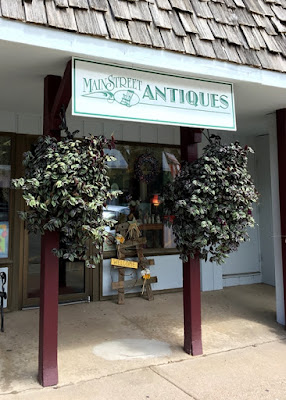 It didn't seem right to not have a genuine small town antique store experience on this trip, and Aledo, Illinois (the self-proclaimed "Rhubarb Capital of the World" provided that with the charming Main Street Antiques.  While this store was modestly sized (unsurprising in a town of just over 3,500 people), it contained a pretty decent collection of collectibles, including housewares, dolls, jewelry and books. Even more rewarding was the conversation with the owner, who we found out organized antiquing trips into eastern Ohio into the Cambridge area. 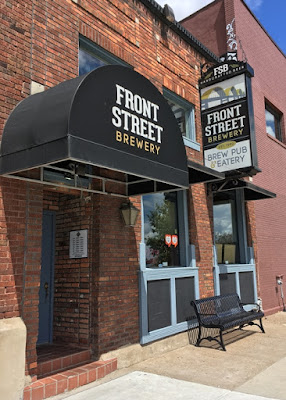 Our next stop on this day's tour turned out to be appropriate in that we ended up at Iowa's second oldest brewery, the 1992-established Front Street Brewing. Situated on the riverfront in downtown Davenport, Iowa, we immediately were reminded of Columbus's own venerable brewpub Barley's (with a little mix of Marietta Brewing in Southeast Ohio as well), and the interior layout hammered the similarity even more firmly.  In the back, a shaded and closed-in back patio is also available for the warmer weather days, but on this somewhat blustery day, we decided to settle indoors. 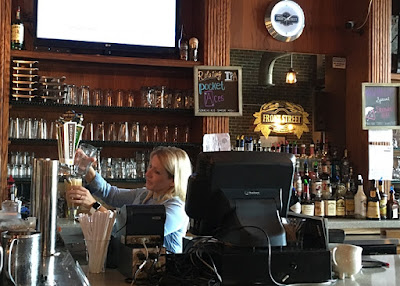 No real surprises in terms of food offerings - Front Street offers a swath of pub food standards like sliders, burgers and sandwiches, and the portions you get are Midwest substantial. A tick of approval goes to my spouse's Black Bean Burger (with a side of tasty Mac 'N Cheese) was one of the better renditions we've had of late, with a patty that didn't crumble away when the toppings were added. 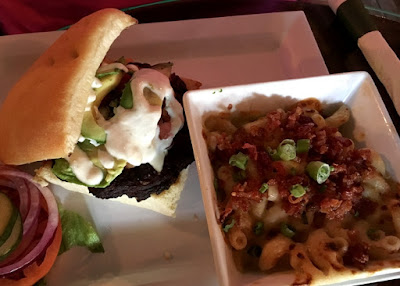 The two beers we had might be a reflection that you don't hang around for as long as Front Street without having some good suds. Their Raging River Pale Ale is not too unlike how we think of Columbus Brewing's flagship IPA (enjoyable under almost any circumstance) and their Cherry Bomb Blonde Ale wasn't too far behind. 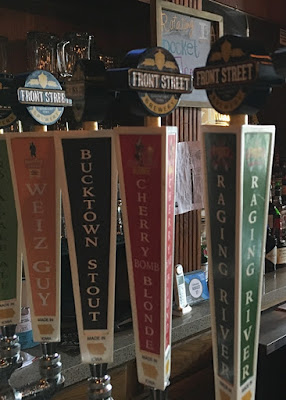 From here, we headed to the northeast to nearby LeClaire to check out the original location to one of our favorite reality shows in the History Channel's "American Pickers", which for us combines likable hosts (the original trifecta of Mike Wolfe, Frank Fritz, and Danielle Colby) with our antique-seeking hobby, with a bonus of even more appealing personalities in the antique collectors themselves more often than not. 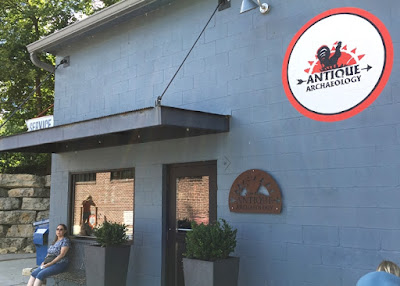 We had read enough about the show (a detailed insight into the show can be found in this nicely written three-part segment on Scriptmag.com) and received prior intel from my spouse's mom that 1) not unlike other reality shows like House Hunters or Pawn Stars, the final product you see on TV has been refined and edited for maximum appeal and 2) the original shop in Iowa is a somewhat smallish affair (two modestly sized buildings) in comparison to the show's popularity, which has just finished up its 17th season run on its home cable channel this summer (an 18th season is currently in doubt, according to an article on the website PremiereDate.News.) 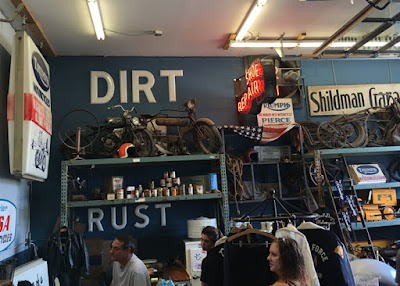 Still, this proved to be a fun little diversion for us and the dozens that showed up during our time here. Most everyone grabbed a picture of the antique car with the shop's logo that has become a familiar sight on the TV show, and no one seemed to mind that this complex is less antique shop these days versus showcase for some of the more interesting/memorable finds from the TV show as well as all sorts of souvenirs and side projects related to the show and the show's hosts, respectively. 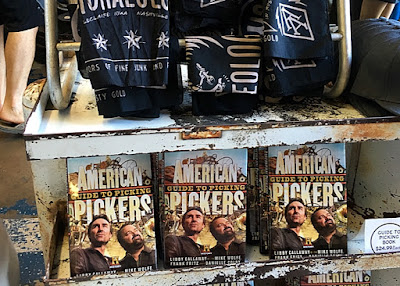 We figured one more brewery was in order, so we headed northward to Cedar Rapids, where our final stop this night turned out to be perfectly lovely one in Lion Bridge Brewing. 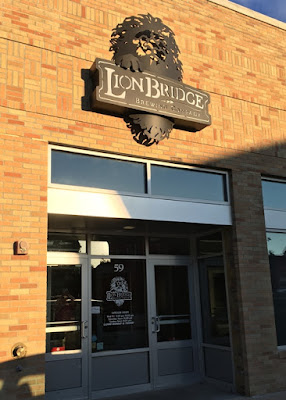 Named in part for the historic Bridge of Lions which connects the city's Newbo neighborhood with Czech Village, Lion Bridge Brewing was opened by husband/wife tandem Quinton and Ana McClain in March of 2014. Unlike some otherplaces on this road trip, Lionbridge didn't immediately remind us of any other previous brewery visits. However, it was a nicely appointed space, with track lighting, splashes of art, stone tile floors, and a polished wooden top bar. 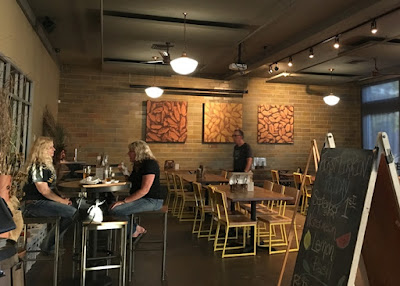 While Lion Bridge sports some more substantial dinner options like Korean BBQ Pork Tacos, Pork Schnitzel Sandwiches, and a Mexican Fiesta Burger, we were more in the mood for shareable plates. While their standard Soft Pretzels (made by local vendor Rustic Hearth) weren't available, the Buckeye-shaped pretzel bites with mustard they did have proved to be fun finger foods. Later on, the Charcuterie Platter from The Sausage Foundry proved to be the perfect evening finisher, combining slices of spicy sausages, two different kinds of cheeses, bread bites, pickled vegetables and a fig jam. 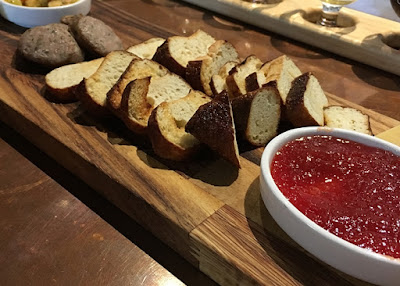 Lion Bridge has been no slouch in the beer making category since its founding, as evidenced by its three straight medal winning years at The Great American Beer Festival. Indeed, the two award winners that they had on tap, the old school Compensation (a Dark Mild that would not be out of place in an English pub) and the The Disaster at Meux (a porter that reminded me a lot of one of my favorites in Great Lakes Brewing's Edmund Fitzgerald) showed why they earned those honors.  And in general, all the beers we sampled this night showed us that this Cedar Rapids outpost is plying their craft a lot better than most. 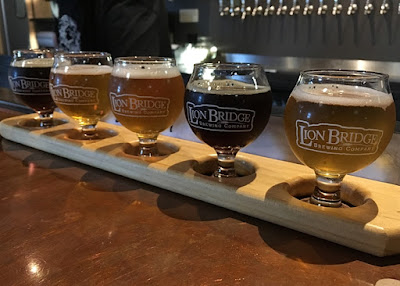