This review is somewhat overdue, but nevertheless, it's a pretty easy one to do.

This bakery, owned by Northwest Ohio native A.J. Perry (who we found out, in a neat bit of circumstance, grew up in a town within shouting distance of where my spouse was raised) was several years in the making. Perry, who learned the ways of the kitchen early on in her childhood, was forced back to them back in 2007 to earn a living when a downturn in the economy led to her layoff from her regular job. Her baked goods proved to be a hit at area farmers market; her strong relationship to the market in Worthington pretty much made opening up a brick and mortar space in the its downtown area a natural fit.

Sassafras is definitely not the biggest space in the world; it definitely is a lot easier to grab a seat when the Worthington Farmers Market goes indoors for the colder months of the year, though the flow tends to be nice and steady whenever we've dined in. Dining in is always a visual pleasure, with a wall of pie tins, neatly scripted chalkboard menus, shelves with select local vendors' products (including soon-to-be next door neighbor Igloo Letterpress) and the pleasing view of baked goods neatly displayed just behind or inside glass display cases, of course. Interestingly enough, we've rarely had a problem grabbing a seat when the crowds pile in, which especially is the case when the Farmers Market returns outdoors right outside Sassafras' doors. Most people then tend to buy Perry's sweet treats to grab and go, making people watching an added bonus feature while we enjoy our orders.

As far as our favorites, there really has not been anything that we have tried that we wouldn't order again. Especially excellent are their seasonal savory quiches and galettes, their anchor donut muffin (the perfect blend of textures between both of these sweet treats) and their traditional-style cinnamon rolls. In addition, Sassafras' pies are among the best in the region, not surprising when you consider that Perry's pies have been featured in such publications as Food & Wine Magazine. The cookies are pretty good as well: Sassafras Bakery's unique Cookie & Milk Happy Hour (order a cookie, get either a free glass of milk or cup of coffee brewed with Cafe Brioso beans) has received press as well, courtesy of Country Living Magazine. It is at times a difficult choice to make, but we have found our ultimate decision is always a delicious one at this bakery. 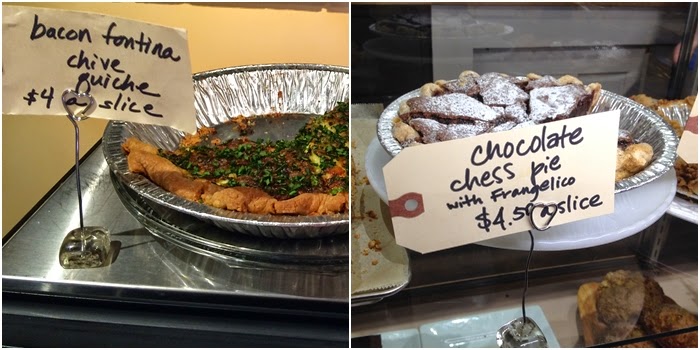 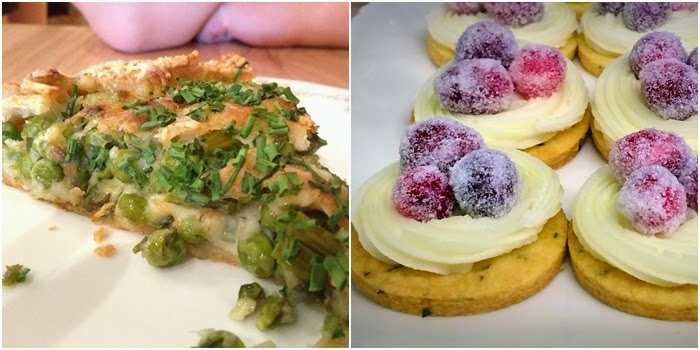 For awhile, the only thing lacking (so to speak) at Sassafras was that other than the quiche and galettes, there wasn't really a lunch-oriented option for diners. This gap was rectified this year when Sassafras introduced a line of lunchtime salads and sandwiches with the assistance renowned locally-based chef of Matthew Heaggans, who is currently plying his trade at the Flatiron Bar & Diner. Added with a cup of soup, it makes for a nice solid lunch option if you're in the area. I admit my turkey sandwich didn't look like much when I first saw it, but it was actually quite filling with nice flavor twists like the pickled cauliflower bits (their so called Sassafras pickles) and a nice touch of smokiness via the smoked paprika mayo.

Often times, Sassafras Bakery's sandwich board outside invites customers inside to "savor the sweet life." Suffice it to say, we have taken that invitation plenty of times since my move out here, and this little bakery has easily become one of our most favorite places to visit in the Columbus metro area. 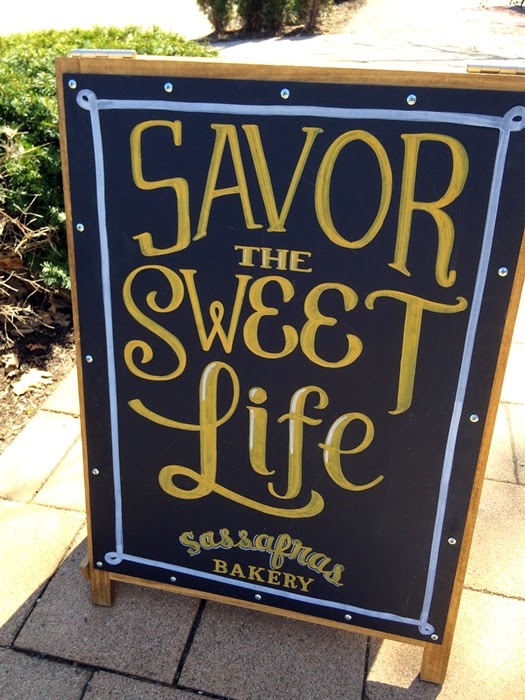