Sandwiches Around The Statehouse: AJ's Cafe 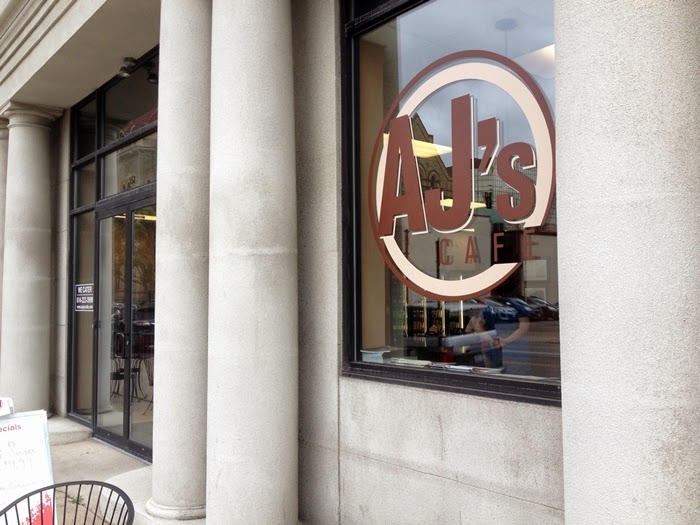 Generally speaking, Indian restaurants are not within easy reach of workers in close vicinity to the Statehouse; at last check, Flavors of India in the Arena District and Indian Oven in the Discovery District are the closest options.

However, those in and around the Statehouse who are craving a little bit of Indian spicing in their lunchtime meal need not fret too much with AJ's cafe within earshot.

The owner and namesake of AJ's cafe is quite familiar to the Columbus dining scene: Ajay Kumar had been the owner of longtime North Campus area institution Taj Mahal. This restaurant, whose hallmarks were its Northern Indian cuisine and Kumar's hospitality, closed down after three decades in the summer of 2013 for various reasons, including Kumar deciding that he needed to take a break from the business.

As it turned out, Kumar realized after some time off that he missed the restaurant world, but he knew going back to full-time restaurant operations  was not an option. After doing some research and exploration, he figured a little breakfast and lunchtime cafe was the perfect compromise. 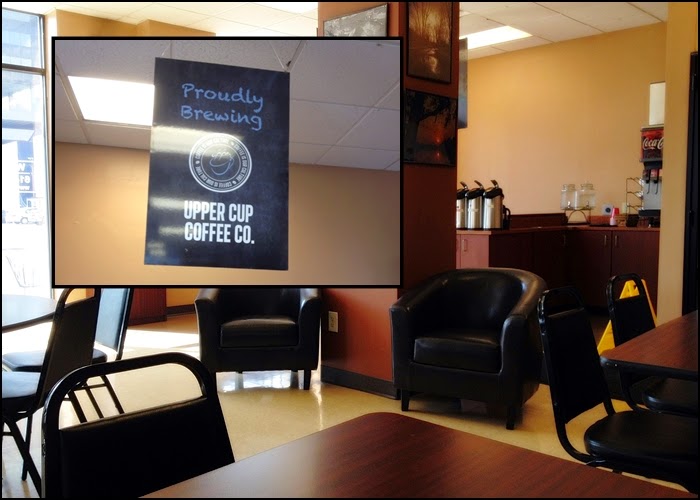 AJ's Cafe has a very roomy interior, with plenty of space between tables and even a couple of cushy chairs that seem perfect for hanging out for a bit. Those who decide to spend some time to be hang inside will find some good brew made from Upper Cup Coffee, one of Columbus' best coffee roasters located in the Olde Towne East neighborhood.

The real treat at AJ's lies in their specialty items, where traditional Indian spices have been integrated to create a uniquely savory (but not heat-inducing) flavor profile. The Raja Wrap offers the diner a pleasing blend of Tandoori chicken in a bed of rice, red onions and jalapeños topped with cilantro chutney. Meanwhile, The CTM offers traditional chicken tikka masala with cheddar cheese and lettuce in a Panini. Other unique offerings include the vegan Spiced Chickpea Wrap (a blend of rice, spinach, chickpeas, onions, tomatoes and tamarind chutney) and the Tilapia Torpedo, featuring a baked tilapia filet with cilantro chutney, lettuce and tomato on a torpedo-shaped roll.

More traditional sandwiches are also available, either freshly made or previously prepared to-go for those on the run. My roast beef melt was just about as good as any other you'd find around the area. Salads and soups are also available; a personal favorite of mine is the lentil soup. The texture reminds me of some of the wonderfully satisfying lentil soups I've had in the Middle East but with an Indian spicing twist.

Breakfast items are also served, with the unique item being the Zen Wrap, a mix of rice, carrots, lentils and spinach along with sliced apples dressed with a tamarind/cilantro vinaigrette.


The other major reason to drop by this downtown cafe is Ajay himself: his hospitality to his customers is still quite evident, and quite a few customers (including myself) have enjoyed the chance to chat with him as their lunch is cooking up or as time allows.

2017 Update: The space where AJ's Cafe resided was sold by owner Kumar in September 2016; in its stead, The Corner Deli has set up shop.  Please consult their Facebook page for more information on their offerings