A Day for the Vets: The Columbus Veterans Day Parade

One of the things I've come to learn (and appreciate) about Columbus' downtown-area holiday celebrations is their unique timing. Generally speaking, these celebrations don't fall on the holiday itself but rather the last workday before the holiday. This is done not only as a way to help mitigate traffic concerns but also to make it easier for downtown workers to attend. Thus, an event like the city's big fireworks extravaganza to celebrate Independence Day, Red White and Boom, can take place anywhere from July 1st to the 3rd.

There is a similar setup as well for Columbus' Veterans Day Parade, which is held on a day before the holiday to ensure a good turnout for the festivities. Starting at the 12 noon on this day, this allowed the maximum number of downtown workers and allows others plenty of time to get down to view the festivities. The parade, wending its way the Nationwide Arena area down High Street to the Statehouse area, and then to the west toward the Veterans Memorial Building, is a pretty large celebration in its own right, lasting for well over an hour.

Blustery winds were no match for parade participants or spectators on this otherwise perfect autumn day. Led by the Columbus Fire and Police Pipes and Drums Corps and followed closely by Honorary Parade Grand Marshal 8-year-old Myles Eckert, whose act of giving a $20 bill he had found to a soldier inspired a million-dollar "Pay It Forward" charity effort across the nation, this parade of high-school bands, sponsors, and numerous military- and veteran-oriented organizations proved to be quite an enjoyable experience and led to these pictures. 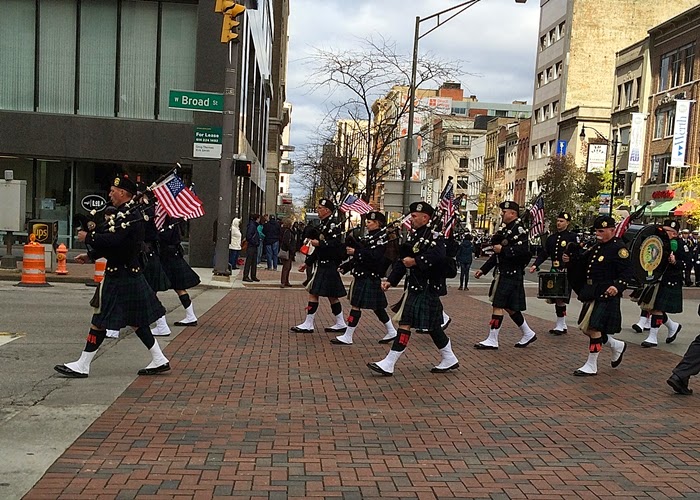 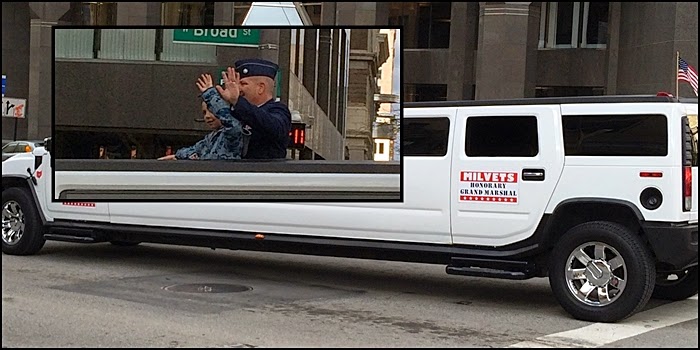 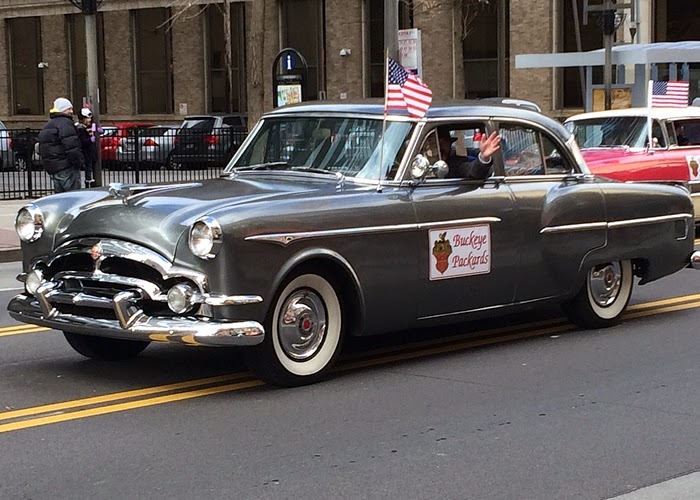 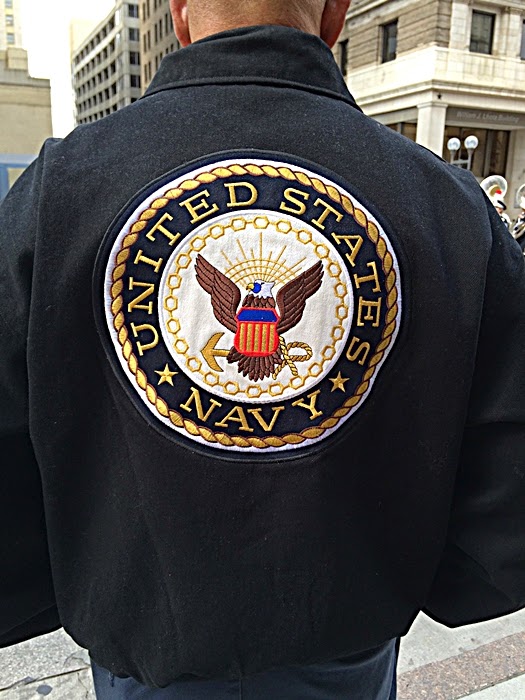 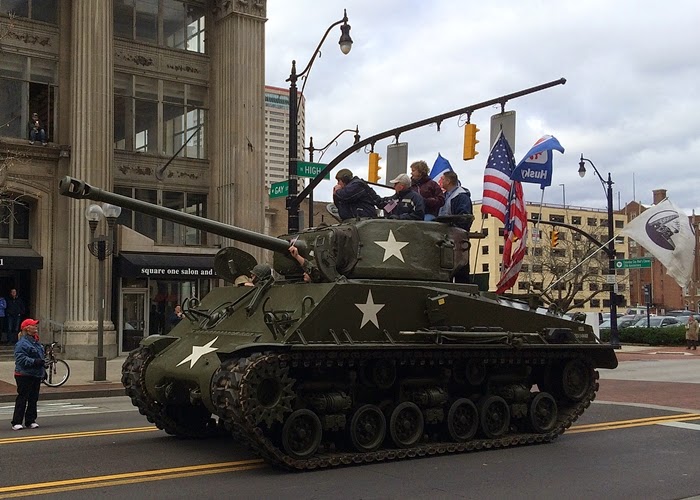 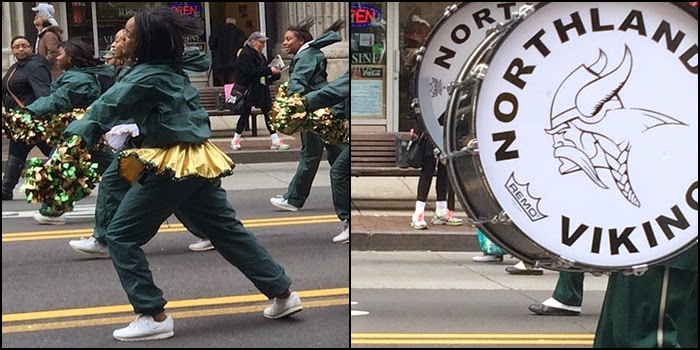 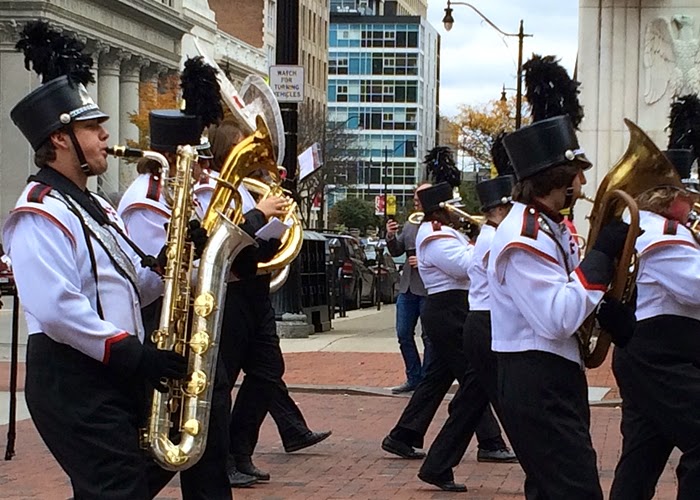 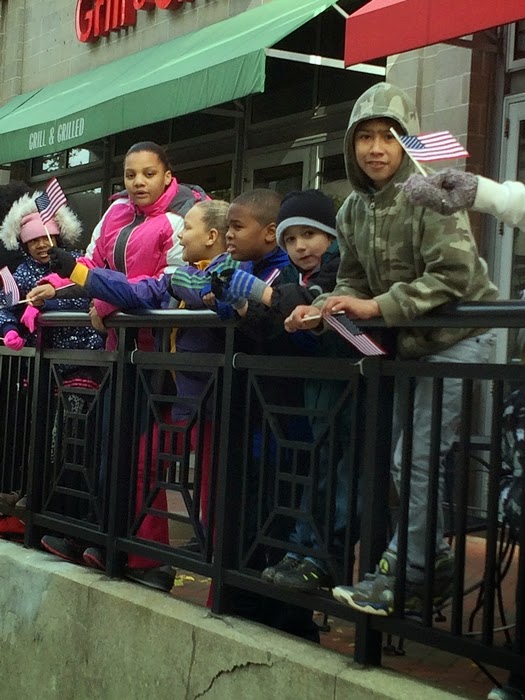 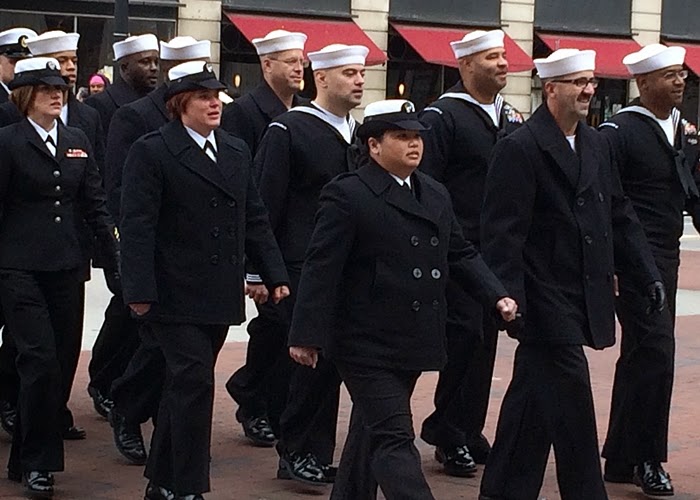 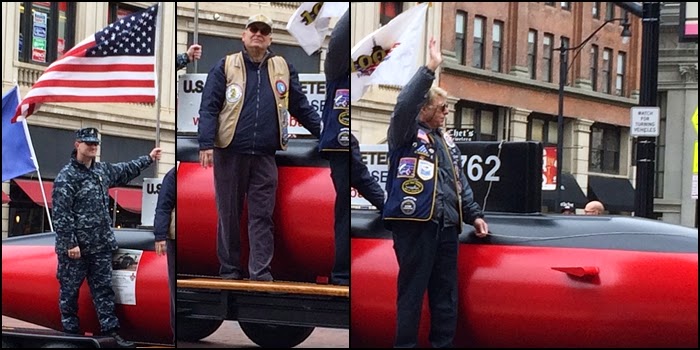 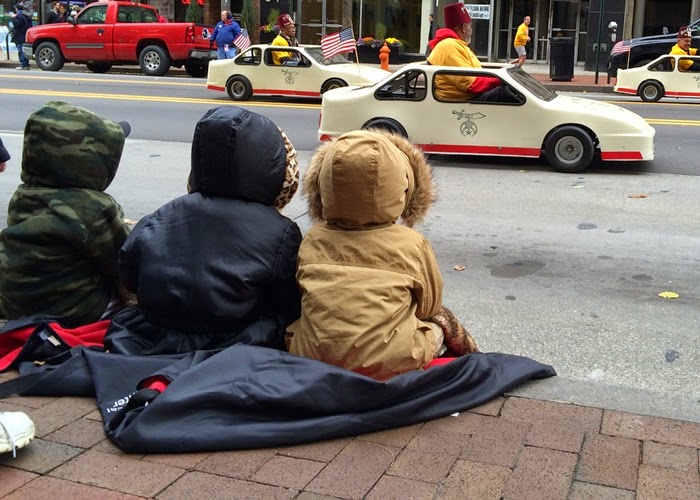 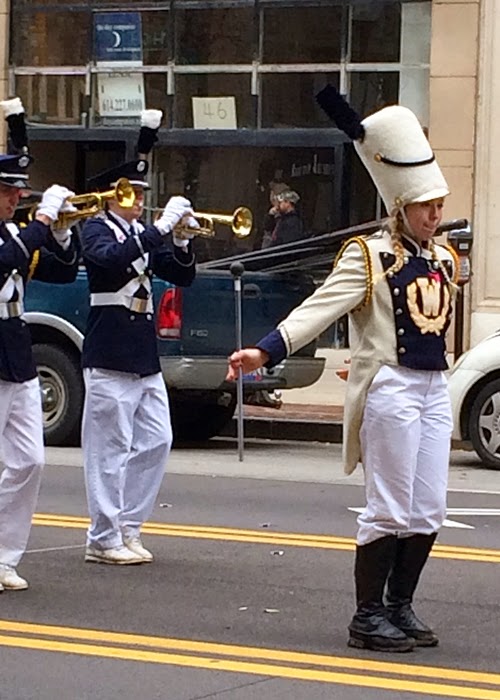 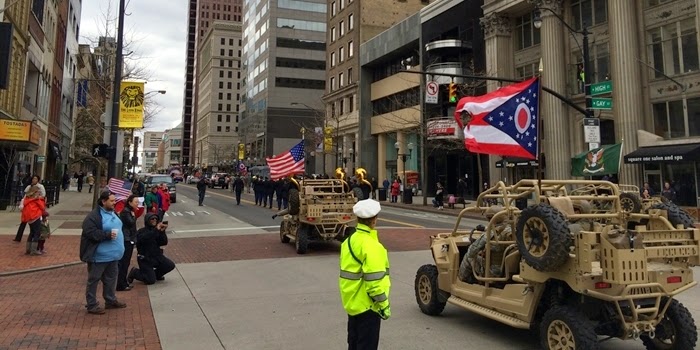 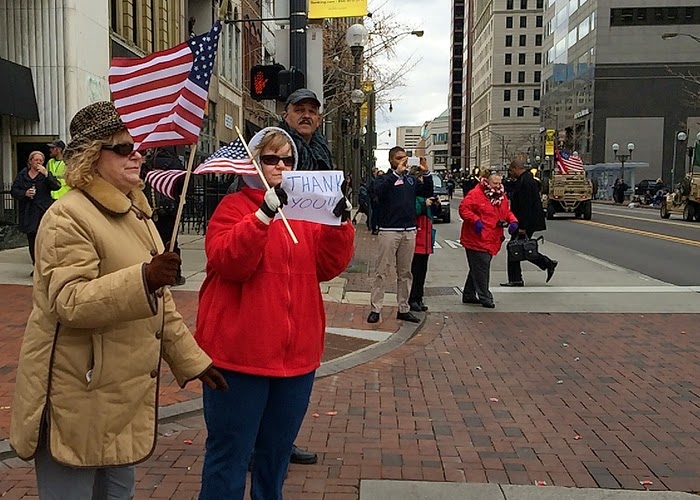 Both the spouse and I have those who have served in the military both in our immediate family and close relatives, so we are as knowledgeable as anybody of the sacrifices and struggles military veterans go through. We are incredibly thankful for all they have done for us and our country, and are equally thankful for anyone who serves or has served our country's armed forces with honor and dignity.
Posted by Joe