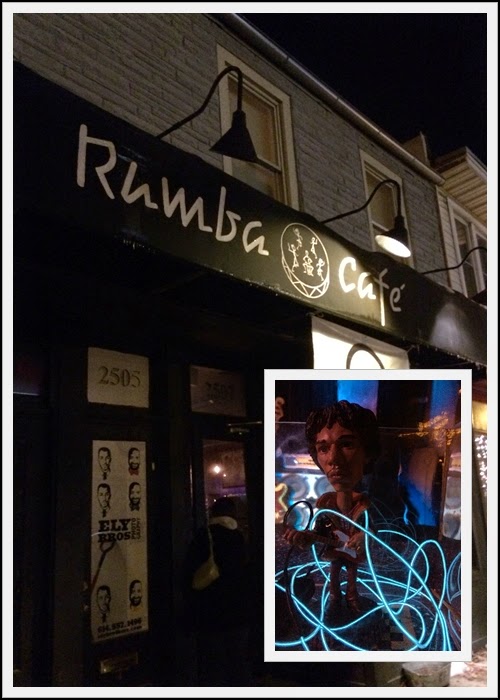 Jimi Hendrix would have turned 72 (72? Goodness, that fact makes me feel older than I am) this November 27 had he still been alive today. Columbus musical artists have been doing their part to keep this legendary guitarist's memory alive around this time of the calendar with a local annual tribute show that has now been held for eight years running.

In general, I have come to appreciate the diversity of the Columbus music scene (my appreciation of previously ignored genres like bluegrass has increased hundred-fold via the shows held at Rambling House Soda Pop) and have noticed a real camaraderie and sense of support among this area's musicians. This was no different at this particular tribute show, the last two of which have been hosted in the North Campus area music venue Rumba Café.

My spouse and I caught our first Hendrix tribute show together last year and were quite impressed by the talent displayed by the musicians who played that night. That didn't prepare us for this year's version, where every performer basically came out on top of their game and did themselves proud, keeping a nicely-sized crowd entertained and cheering throughout. These pictures are but a taste of what was more than a worthy tribute to Jimi this night.