Half Moon Bay, named for the picturesque crescent-shaped bay north of the main downtown area, packs in a surprising amount of history and big-name event cred into a decidedly laid back and small town package. Formally incorporated in 1959, the land which holds this community of roughly 12,500 was the long time home for the Costanoan Indians, whose trails into the area were mirrored by the two current main roads into the town during their construction.

Once Mexican settlers moved in 1840, the settlement became known as Spanishtown due to the large numbers of Spanish speakers before adopting its current moniker in 1874. The area became infamous during the era of Prohibition as the home for local moonshiners and rum runners, mainly due to its isolated location and constantly foggy conditions.

Squash and surfboards don't sound like a likely combination, but Half Moon Bay brings them together with two world-renowned events.  First, their Art and Pumpkin Festival puts a California twist on this gourd celebration, cramming the town's streets with visitors from all around the world. Shortly afterward, the call goes out to the world's big wave surfers that Mavericks may come calling.

Named after a dog who apparently found the conditions much more enjoyable than the surfers who first tried their luck, the Mavericks wave break is located at Pillar Point off the shore of Princeton-by-the-Sea.  While the first official event was held in 1999, some organizational challenges and, more often, the lack of the right weather conditions to induce those towering waves have led to no contest during some years. However, if the conditions are right and the call is made, competitors have only 48 hours to get to the area. 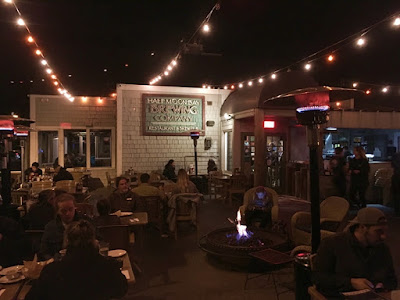 It was this part of town where we made our first calling with Half Moon Bay Brewing for dinner.  Opened up in 2003 as the first operating brewery in the area in 130 years, this brewery has a unique operational structure, with a large charity component as well as oversight from six co-owner couples and something similar to a corporate board of directors, including some very high-powered Bay Area entrepreneurs. However, one would never suspect such a formal setup from looking at the brewpub itself, which has a decidedly for-the-locals beachside shack feel, a welcoming patio, a bar area, and plenty more room inside. 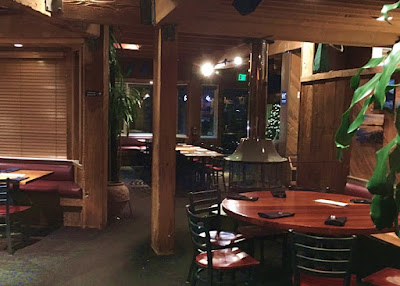 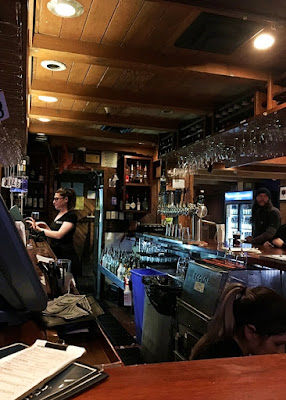 The menu here leans unsurprisingly toward seafood, and our dishes (the Mavericks Tuna Melt, which could've used the crunch of lettuce but otherwise tasted great, and my Baja Tacos) reminded us of some of the delicious seafood we had down in San Diego.  Paired up with some good solid brews and a relaxed bar atmosphere, it was the perfect wind down from the trip up Big Sur. 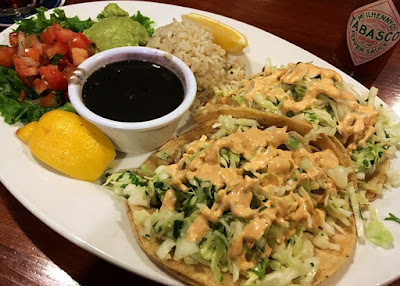 We stayed overnight at the Half Moon Bay Lodge just south of town, which was in that line of more affordable lodging options we tend to go for, but had some nice amenities like a heated pool/fireplace/jacuzzi setup, free parking, a continental breakfast (which we took advantage of the next morning) and a bit of a personal touch with a small Christmas tree in the room. 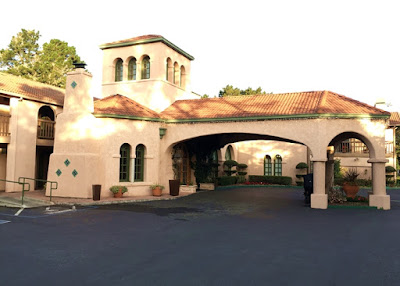 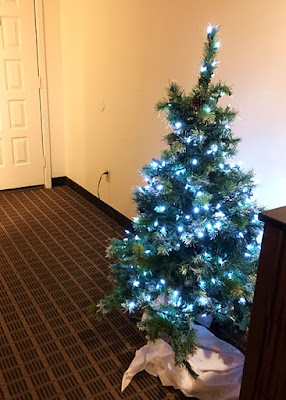 El Grenada, a beach side town of roughly 5,000 people located just to the north of Half Moon Bay, is pretty hidden to the world; one barely notices when driving by it on Highway 1.  Social media doesn't seem to have much record of this cozy little enclave either - when I checked on Instagram, there were exactly 50 photos posted under the #elgrenada hashtag.

However, it was here where we found some caffeination for our ongoing journey, at a place that ranks up there as one of the most fun (and unlikely) places we've ever grabbed a decent cup of joe. 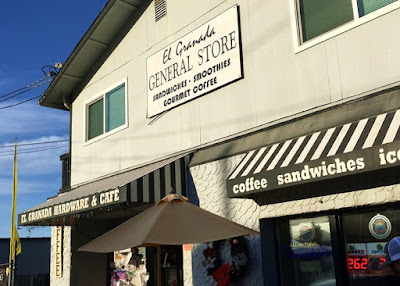 The El Grenada General Store is the type of place one would want in any small beach town. Their website urges you to "Stop for a Cup of Joe! Don’t forget the Light Bulbs and Deck Screws!", and by George, you can do all that and then some once inside. 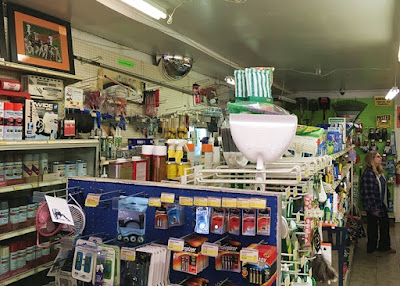 Yes, there's the hardware. More likely than not, the Ace Hardware store in Half Moon Bay proper has more inventory, but for most of your basic needs, El Grenada has you covered.

Then, of course, there's the coffee.  This is not a barely-attended, twin Airpots, supplemented with a shaker of clumpy sugar, plastic stirrers and half a dozen worn-looking creamer packets, housed in the corner setup. Yes, they do have a couple of Airpots for those that need their coffee quickly, but you quickly find that anything you might find at the bigger chains from lattes to mochas to specialty smoothies and other drinks (e.g. Thai Iced Tea) are also available here. For those who prefer to brew a cup at home, you can ask them for a pound or two to bring home from their labeled bins of beans behind the counter. 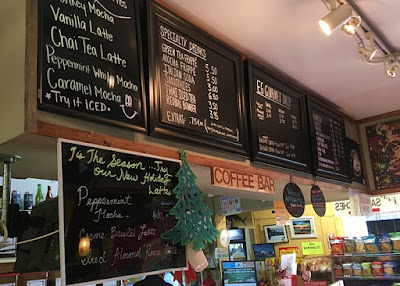 Search around their Coffee Bar and you'll find more surprises, like a great selection of movie-style and Kinder candies, a freezer case full of Crystal Creamery ice cream (for Ohio natives, they're along the line of a place like Toft's or Velvet), and another area where you can order deli sandwiches (don't forget the "EG Secret Sauce"!) or a select number of other lunch specialties. 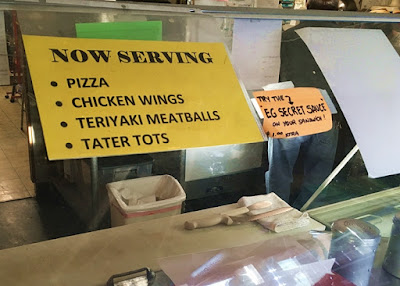 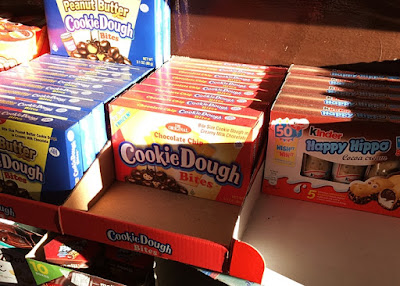 Our latte drinks were not the absolute best we've ever had, but they far outweighed our expectations considering the source.  If we had chosen to, we could've hung out for a bit in the courtyard off to the side of the store (which features plenty of plants, picnic tables, and (unsurprisingly) a couple of surfboards), but we had appointments to keep on this day. Before we left though, we thought it would be rude if we didn't send off a quick prayer, as requested, for the residents of El Grenada and its surroundings for some truly gnarly but eminently ride-worthy waves. 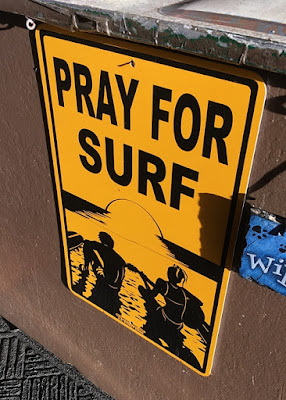